Jetsmarter, The Uber For Private Jets Is Facing Lawsuits And Accusations Of Bait And Switch

By Amy Lamare on February 5, 2019 in Articles › Entertainment

Sergey Petrossov launched JetSmarter, the Uber for private jet travel in 2013. He came up with the idea in 2008, when he graduated from the University of Florida. Over the years, JetSmarter has attracted investments from Jay-Z, the Saudi Royal family, and execs from Twitter and Goldman Sachs. Kim Kardashian, Kanye West, and DJ Khaled are customers of JetSmarter. In April 2018, JetSmarter was valued at $1.5 billion and had 15,000 subscribers who paid a minimum of $5,000 a year to book flights and share seats on flights on private jets via the company's app. Today, the company is mired in lawsuits and worth about a fifth of that $1.5 billion. It's 30-year-old founder is scrambling to explain himself. Is this another Elizabeth Holmes or Billy McFarland situation or did JetSmarter expand too quickly?

About a year ago, Leonardo Galvez received an offer from JetSmarter that was too good to pass up. The company was offering him its "sophisticated membership," which included unlimited, free private jet flights with a companion pass. That membership goes for $50,000 a year. JetSmarter told Galvez that if he bought it now, he could get three years for $97,500. He jumped at the chance to purchase the longer deal.

A few weeks later, Galvez tried to book a JetSmarter flight. It turned out that flight wasn't free as promised. He was told he'd have to pay 75% of the cost of his flight. Oh, and he also didn't get the guest pass or any of the other benefits he was promised when he forked over that $97,500 to JetSmarter.

As Galvez told CNBC: "My heart dropped. My membership meant nothing anymore. It was the easiest money I ever lost in my life." 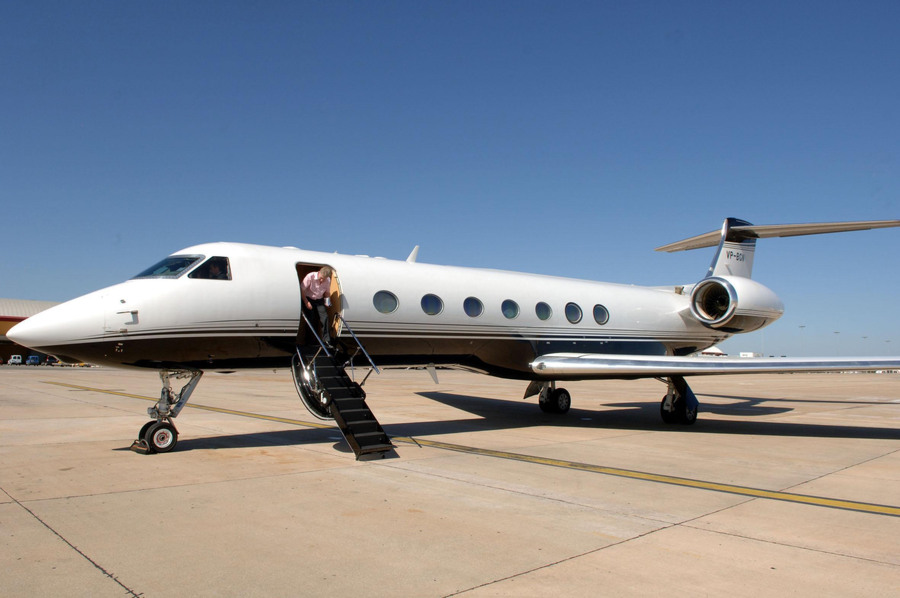 He filed a lawsuit against JetSmarter and its salesperson. He is seeking a refund and damages. JetSmarter declined to comment on CNBC's inquiries, but said in a statement that "changes to our member services and benefits were within the rights of our membership agreement." For the record, JetSmarter's membership agreement states that the company can "change, suspend, or terminate" services or benefits at any time.

Galvez isn't the only JetSmarter customer with a grievance. The company has a trail of angry customers and at least 13 lawsuits. There are also concerns over security. Customers are calling the company a "high tech shell game" and an "unlawful bait and switch" and a "fraud," according to the lawsuits filed against the company.

JetSmarter was the first "flying unicorn," with a valuation of more than $1 billion. In reality, the company was losing millions of dollars a month and not delivering on promises to customers and investors. When the company started to come under fire, it used legal threats and lawsuits to silence its customers and the media. When CNBC contacted former and current employees for their investigation, they received a cease and desist from JetSmarter.

When JetSmarter debuted, it was touted as a disruptor in the aviation industry. The idea was so simple it seemed impossible that someone hadn't thought about it before. Many private jets flying the friendly skies are empty or nearly so. JetSmarter bought those seats at a heavy discount and then connected the seats to passengers through their app. A membership model would give the company both regular revenue and enough customers to set it on the road to going public one day.

Like Uber, Lyft, and AirBnb, who don't own the cars or properties they peddle, JetSmarter does not own the planes. The company charters them or books space on them from other companies. In the beginning, JetSmarter bought seats on flights that were empty because they were being moved to another location for a flight originating elsewhere. As they grew, JetSmarter began offering own shuttle services – it would charter a plane on a popular route and fill it with JetSmarter members. The shuttles were a big success. Membership swelled to about 10,000. The Fort Lauderdale, Florida based company opened offices in London, Zurich, Moscow, Dubai, and Saudi Arabia. Members raved about the service, which at the time, gave them all you can fly private jet service for as little as $7,000 a year. Back in the early days, a JetSmarter membership also included free helicopter service to its airports and catering on the flights.

CNBC spoke to Sally Horchow, a Los Angeles-based Broadway producer who travels frequently to New York. She paid $9,000 for an annual membership in early 2015. She flew across the country in a Gulfstream IV 13 times. The flights Horchow took were a fraction of the cost of other private jet companies. In fact, they were even cheaper than flying first class on commercial airlines. All while avoiding the hassle and headache of airport security screenings.

The question was: How was JetSmarter making ANY money off their flights? A G4 costs more than $6,000 per hour to fly. That means a one way trip from New York to Los Angeles would cost more than $30,000. Even if that cost is divided by eight to 10 passengers, JetSmarter was losing money. Many customers reported that they had planes entirely to themselves. JetSmarter was losing about $22,000 on a shuttle flight between Los Angeles and New York.

In order for JetSmarter to keep flying, it had to keep recruiting active members. The catch-22 was that the more members the company signed up, the faster they burned through their investment money.

According to former employees, in 2016 and 2017, JetSmarter was losing $5 million a month. It was also investing a ton of money on marketing and events. Kim Kardashian, Emily Ratajkowski and David Ortiz were paid to be brand ambassadors. The company held champagne filled parties in Miami, Los Angeles, and New York to attract rich new members. The company had booths and VIP lounges at yacht shows, art fairs, and other places wealthy people gathered en masse.

JetSmarter was basically throwing cash on the fire and watching it burn. Petrossov's family, however, profited handsomely. His wife Lolita ran the day to day business as its CEO. His brother was also an employee. Sergey and Lolita lived in a $2 million house in a gated community in tony Boca Raton, Florida.

JetSmarter was losing money hand over fist so it went through three investment rounds to raise cash. Its third round in 2016 raised $105 million and put the valuation of the startup at $1.5 billion. A year later, JetSmarter needed more cash. It couldn't even meet payroll. Paychecks were delayed four to five weeks. Then, in early 2017, Gennady Barsky, JetSmarter's president was arrested and charged with grand theft. The charges were related to a former business, not JetSmarter. The problem is, he was the key person dealing with the company's investors. His departure made fundraising, which was growing more and more necessary, exceedingly more difficult.

Clearlake Capital and Jeffries Capital finally made an investment in JetSmarter rumored to be around $75 million for one third of the company. That investment gives JetSmarter a valuation of less than $250 million, a plummet of more than 80% from the earlier more than one-billion dollar valuation.

After Clearlake and Jeffries' investments, JetSmarter's salespeople were pushed harder to sign up new members and bring in cash. The salespeople offered special deals, incentives, and other tactics in what can only be called a "money grab."

CNBC spoke to Joann Bachewicz from Lansing, Illinois. She was told she could get three years of sophisticated membership for $87,092 – a discount from the already discounted $97,500. She was told the membership included free flights under three and a half hours, a discount on longer flights, and the potential to bring up to three guests. But guess what happened when she and other new sophisticated members tried to book flights? Yep, JetSmarter had changed its terms and conditions again. After paying nearly $90,000 for memberships, they were being told they had to pay more to actually USE their memberships.

JetSmarter had been chipping away at its benefits to members over the year. In 2016 it started eliminating the free helicopter service as well as catering on the flights. Then the company started charging members extra money for longer flights. Then different membership tiers debuted. Customers started accusing JetSmarter of bait and switch. When they asked for refunds, JetSmarter told them to read the legal disclosures in their membership agreements that said the company could "change, suspend, or terminate any of the services or benefits at any time." At other times, a company representative would tell customers that their hands were tied because the changes had been mandated by the company's investors.

Galvez is no longer using his $97,500 JetSmarter membership. The added costs of the flights made it too expensive for him. Oh, and by the way, he borrowed the $97,500 from a friend, so he's still paying back the loan.

One of the benefits to travel by private jet is skipping the hassle of TSA. But that has raised concerns for some of JetSmarter's customers. In September 2018, on a flight from New York to Las Vegas, 23-year-old DJ Maurice Paola started yelling and threatening to kill other passengers. The plane made an emergency landing in Nebraska and Paola was removed from the plane and arrested.

In other incidences, passengers and crew members have witnessed passengers using JetSmarter to transport drugs or large amounts of cash. Some flights have security dogs inspecting bags, but many have no security checks at all.

JetSmarter is not taking the criticism from customers and former employees lying down. The membership agreements customers signed barred them from making any negative comments about the company or its executives in any way – something that is very unusual in the aviation industry. The company has also been known to sue journalists for writing articles critical of the company if they do not take down the article. Basically, they are bullying anyone critical of the company.

Even CNBC, in their reporting on this issue, received a letter from JetSmarter's general counsel demanding that they "immediately cease and desist" calling former and current employees. The letter accused CNBC of "tortuously interfering with JetSmarter's contractual relationships."

Still, despite JetSmarter's aggressive legal bullying, a number of former members have joined a class action lawsuit against the company. Other have filed consumer fraud lawsuits against JetSmarter, with many seeking seven figure damages.

These days, JetSmarter no longer sells memberships. Instead it acts as a middleman between private jets and passengers looking for seats. JetSmarter customers can charter a plane buy buying a minimum number of seats – usually three or four – and then JetSmarter sells the rest of the seats to other customers. The company is still not profitable but it isn't losing as much money on flights. In fact, it is making money on some flights.

JetSmarter still has to deal with inquiries from the FAA. After the Paola flight, the federal agency is looking into whether the startup is following rules governing commercial versus private aviation flights. If it is found in violation, JetSmarter could be levied with large fines or possibly even shutdown.

The FBI is also investigating JetSmarter, specifically about the business and sources of cash, drug transportation, and the cash customers transported on JetSmarter flights.

The company faces unknown costs from the lawsuits and refunds, the class action lawsuit, and the outcome of the investigations by the FAA and FBI.

Can the company ever be profitable without the all you can fly private jet memberships that made it famous and attracted thousands of customers? Or will JetSmarter go down in the annals of history as another good idea that was unable to be realized by its under experienced founder and CEO?