Did Jesse Ventura Get Knocked Out In A Bar Back In 2006? And Did This Alleged Fight Cost Him Millions? A Strange Lawsuit Claims, Yes.

By Brian Warner on July 22, 2014 in Articles › Entertainment

A very unusual trial is currently underway right now in Minneapolis involving former wrestler/politician, current conspiracy theorist Jesse Ventura. Ventura is suing the estate of a late Navy SEAL named Chris Kyle for millions of dollars. Kyle is the author of the 2012 book titled "American Sniper: The Autobiography of the Most Lethal Sniper in U.S. Military History". If you haven't read it, you should. It's amazing. Tragically, Chris was killed in 2013 when a fellow Marine veteran named Eddie Ray Routh shot him at a Texas gun range. Eddie, who had been suffering from PTSD, was a member of a support group that Chris ran to help soldiers who were struggling after returning to civilian life.

Jesse's lawsuit centers around a story in Chris' book about a bar fight that allegedly took place in San Diego back in 2006. According to the book, Chris and a group of fellow SEALs met up at a bar after attending the wake of a fallen comrade named Michael Monsoor. Also in the bar at the time was a celebrity who Chris referred to as "Scruff Face". This celebrity was hanging out with members of the Navy underwater demolition team in a different section of the bar. At some point, "Scruff Face" allegedly began making disparaging remarks about the SEALs, President George W. Bush and the Iraq War in general. "Scruff Face" allegedly said something along the lines of "the Navy SEALs deserve to lose a few". Another alleged version of the remark was something along the lines of: The Navy SEAL who died "probably deserved it. They die all the time". 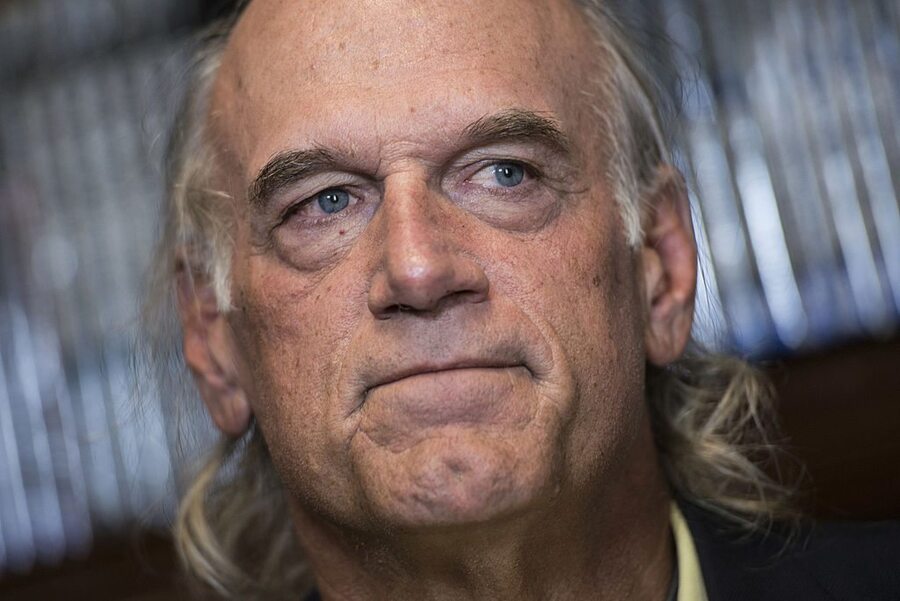 Another eyewitness, the mother of a SEAL who had died just a few weeks earlier, claims that "Scruff Face" displayed zero sympathy for her and instead continued on a rant about how Americans do not belong in Iraq. He also allegedly remarked that the US shouldn't be over there "killing women and children" and that President Bush knew that about the attacks of September 11th, in advance.

Regardless of what actually happened next, keep in mind the company "Scruff Face" was sharing these opinions with that night. No matter what you believe about the Iraq war or 9/11, you probably shouldn't be going off on these types of rants in front of a group of SEALs who just came from one of their own's funeral.

At some point Chris Kyle had enough of "Scruff Face's" rants so he went over and ALLEGEDLY punched him in the face. "Scruff" was allegedly left knocked out cold the ground. When he came to, he was allegedly stunned and bleeding from the lips and mouth.

Fast forward to 2012, and the identity "Scruff Face" was revealed to be Jesse Ventura while Chris was promoting his book on various radio shows and interviews.

Side note. Has anyone ever acknowledged the fact that Jesse ran for governor under his wrestling name? "Jesse The Body Ventura" is his wrestling name. He was actually born "Jesse George Janos". Isn't that a little weird? That'd be like if someday there was a Senator Iron Sheik. I just think it's strange. Anyways, back to the story.

According to Jesse's lawsuit, the fight never happened. He also claims that the negative rumors are libelous and damaged his ability to earn income. During the court proceedings, Ventura revealed that between 2002 and 2012, he earned $11 million dollars. His peak income came in 2003 when he earned $3.8 million mainly for being an MSNBC commentator. After earning $676,000 in 2011, Ventura claims his reputation was so damaged by Chris Kyle's book, that in 2012 he earned just $190,000 and it's been in free fall ever since. Jesse further claims that the rumors about the fight directly led to his TruTV show getting cancelled and a noticeable decline in sales of his own books. Finally, Jesse is upset that because of these allegedly false rumors, he is no longer welcome at Navy SEAL events.

Because Chris died in 2013, Jesse is now suing his estate. More specifically, he is suing Kyle's widow. A widow who has two young children. Jesse's lawsuit seeks to recover some of the estimated $3 million in royalties that Chris' book has earned since 2012. The Kyle's attorney asserts that Jesse's popularity had already been declining well before "American Sniper". He also is trying to prove that the fight actually happened by calling several witnesses who were there that night.

So, what do you think of Jesse Ventura's lawsuit?

***UPDATE*** After more than a week of deliberations, on July 29 a jury decided that Ventura was in fact defamed by Kyle's story. The jury awarded Jesse $500 thousand dollars for defamation and $1.3 million for something called "unjust enrichment".