By Amy Lamare on August 11, 2018 in Articles › Entertainment

Peter Cancro has been the CEO of Jersey Mike's for 43 years. He got his start at a local mom and pop sandwich shop called Mike's Subs in Point Pleasant, New Jersey when he was 14 years old. As a high school student, he played football, was a lifeguard during the summers, and made sandwiches at the shop that was founded in 1956. During the spring of his senior year of high school, he found out that the two brothers who owned Mike's Subs wanted to sell it. His mom suggested he buy the sub shop. He skipped school the following day and started knocking on doors trying to raise money.

On a cold night in March of 1975, Cancro knocked on the door of his high school football coach Rod Smith. Cancro told him that he'd missed all his classes the past week because the sub shop where he had worked for four years was for sale and he wanted to buy it. It was selling for $125,000. He showed his coach the folder he had with the gross profits and earnings potentials of the business. Smith was a banker. Impressed with Cancro's drive, he told him he could help. 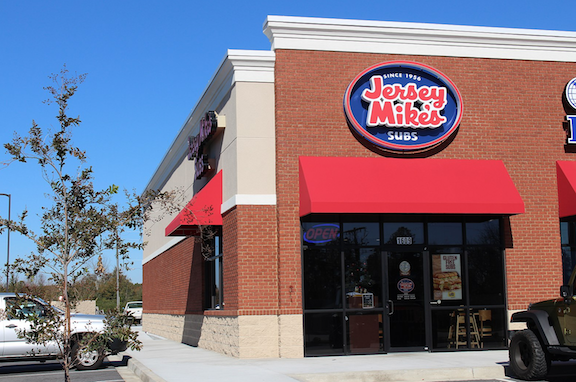 Cancro was, as mentioned, a senior in high school. He was the quarterback on the football team and class president. He intended to study law at the University of North Carolina at Chapel Hill. However, once he was the owner of Mike's Subs, his priorities changed. He had been skipping a lot of classes during his last semester of high school. He had enough credits to graduate and drove up to graduation in the Mike's Subs van.

Over the first decade of his ownership of the sub shop, Cancro opened up a few more stores and repaid the loan from Smith with interest. In 1987, he decided to open up the sub shop to franchising and changed the company's name to Jersey Mike's to reflect the original shop's roots. Every year, more and more Jersey Mike's opened up. By 1991, there were 30 Jersey Mike's shops. Then the recession of the early 1990s hit the company hard.

The recession hit banks particularly hard. It was nearly impossible to get a loan. In order to survive, he had to lay off six people including his own brother. He thought it was all over. Clearly that was not the end. Today, Jersey Mike's has 1400 stores in 45 states and does a billion dollars in annual sales. Jersey Mike's has been the fastest growing franchise restaurant in the U.S. for the last four years.

Cancro has big plans for the future. Over the next five years, he plans to double Jersey Mike's to 3,000 locations and $2 billion in annual sales.