Jennifer Lopez Net Worth: How Much Has JLo Made Since Leaving The Block?

By Amy Lamare on January 31, 2020 in Articles › Entertainment

Jennifer Lopez is set to headline the halftime show for Super Bowl LIV in Miami this weekend. We may not know yet whether the San Francisco 49ers or Kansas City Chiefs will emerge victoriously, but we do know the halftime show is packing some serious heat with two Latinas providing the entertainment. Alongside Shakira, Jennifer Lopez is set to show the world their vibe. This, of course, got us thinking about Jenny from the Block's career and net worth. She turned 50 in 2019 and has been famous since she was 21 and a Fly Girl on In Living Color back in 1991. She's spent three decades in the limelight and has the incredible net worth to show for it. How much has JLo made since leaving the block?

JLo was born on July 24, 1969, in the Bronx. She started taking singing and dancing lessons when she was five years old. JLo's parents encouraged their three daughters to put on performances at home – singing and dancing in front of each other and their friends so that they would stay out of trouble. During her senior year of high school, Lopez auditioned for and was cast in the low budget indie film My Little Girl. This experience made JLo realize she wanted to become a famous movie star. Her parents thought that was a "really stupid" idea because "no Latinos did that." 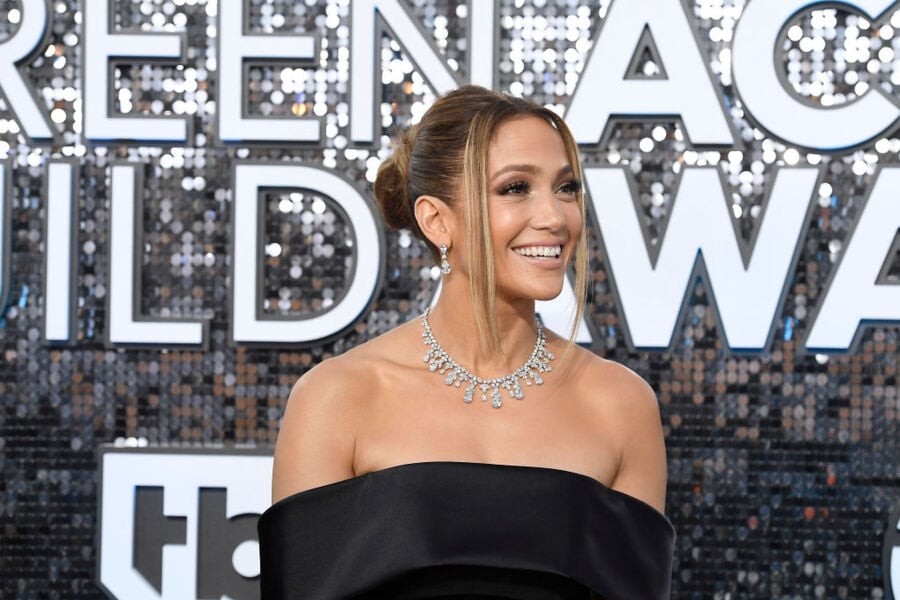 JLo moved out of her parents' home and into an apartment in Manhattan. She appeared in regional productions of Jesus Christ Superstar and Oklahoma!. She was hired for the chorus of Golden Musicals of Broadway, which toured Europe for five months. From there she got a job as a dancer, singer, and choreographer on the show Synchronicity in Japan. In 1991, she was a backup dancer for the New Kids on the Block and performed with them at the 18th Annual American Music Awards. Not long after that, she landed her job as a Fly Girl dancer on In Living Color. She beat out 2,000 applicants and moved to Los Angeles for the job. JLo remained a regular cast member through 1993 when she decided to pursue her acting career.

Lopez had minor roles in tv shows and films from 1993 to 1995. It was her role as slain Tejano singer Selena in the biopic Selena that brought her to the attention of the world. Next, Jennifer went on to appear in Anaconda, Out of Sight, The Wedding Planner, and An Unfinished Life, among many other films. In 1999, Lopez kicked off her musical career with her debut album "On the 6." She has since recorded several studio albums, including a Spanish-language album. Both her songs and her albums have spent significant time on the Billboard charts. In 2003, she debuted her designer clothing line, JLO. In the same year, she released her first fragrance, Glow by J. Lo, which has spawned a number of spin-off fragrance products.

Jennifer spent several seasons as a guest judge on American Idol. For her services as a judge, Jennifer was paid a cool $12 million per year. She has also starred in a series of television ads for the Italian automaker Fiat. Between June 2017 and June 2018, Jennifer Lopez earned $50 million from her various endeavors. Between June 2018 and June 2019, she earned $43 million.

Acting, music, fragrances, and her other pursuits aren't the only way JLo makes money. Jenny from the Block knows how to hustle. Back in the fall of 2018, Lopez was paid $3 million for a 20-minute performance in Qatar.  That $3 million paycheck also included a short question and answer session from Lopez, so it wasn't just for 20 minutes of work, technically speaking. According to TMZ, the private event saw Lopez speaking during the Q&A on the subject of women's rights, a hot subject in Qatar, and Lopez herself is distinguished as one of the few female entertainers to be invited to perform in the country.