By Amy Lamare on January 14, 2020 in Articles › Entertainment

YouTube makeup mogul Jeffree Star is the fifth highest-paid YouTube star of the year with $17 million in earnings. His makeup company, Jeffree Star Cosmetics, brings in more than $100 million annually. Long before YouTube came along, Jeffree was a MySpace sensation. He joined the site in 2003 and used it to promote his aspiring music career. However, he quickly got a huge amount of interest and followers for his appearance and attitude rather than his music. By 2006, Star was the most followed person on MySpace.

He launched Jeffree Star cosmetics in 2014 with his life savings. A few minutes after his e-commerce shop went live, every lipstick sold out. He reinvested the money he earned into his company and released three more lipsticks. In late 2015, Star began promoting his brand on YouTube, where, as of early 2020, he has over 2 billion views.  Today, he has a huge following on YouTube (more than 17 million subscribers), Twitter (6.1 million followers), and Instagram (15.5 million followers). He shares makeup tutorials and product reviews across his social media channels 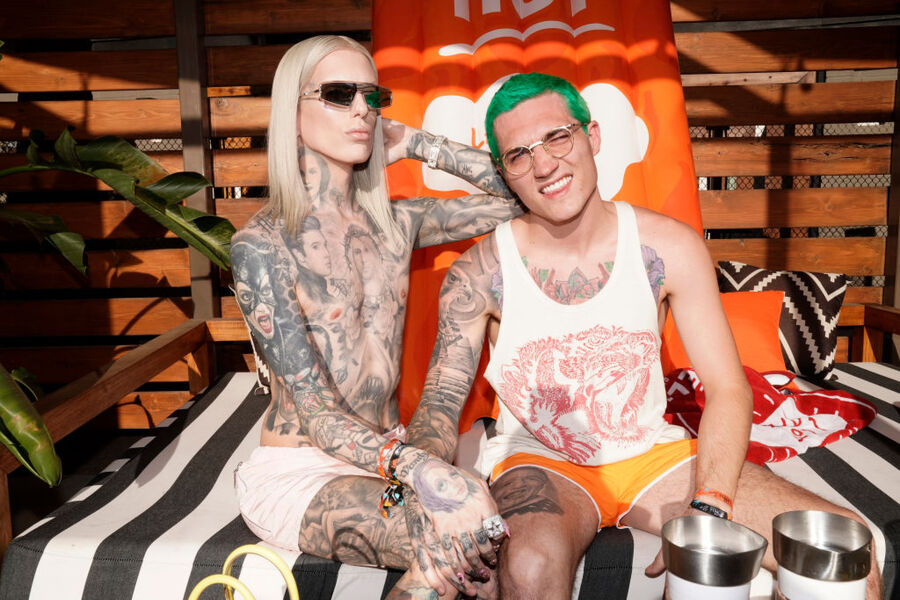 Besides being the fifth highest-paid YouTube star of the year, Jeffree has been a busy bee. He just dropped $14.6 million on an estate in Hidden Hills, California. Situated on just under three-acres, Jeffree's property features 25,000 square feet of living space, with 8 bedrooms and 13 bathrooms. It's a pretty sweet house for Jeffree and his boyfriend of five years, Nathan Schwandt. Oh, wait…

Sadly, at the moment, all signs are pointing to the fact that Star and Schwandt have broken up. The two have been dating since 2015. Nathan actually sent Jeffree a DM on Instagram and the rest is history. Before he dated the androgynous makeup mogul, Nathan worked at a pet store in Michigan. Fans are concerned because not only has Star canceled appearances but there are also social media clues that this couple is no more.

Jeffree canceled his European masterclass tour just days before it was to begin. The Jeffree Star x MMMMitchell Masterclass tour presented by Tatti Lashes was set to start on January 10 and was going to hit four stops in Dublin, Amsterdam, Newcastle, and Liverpool. Jeffree hasn't commented on the cancellation, but makeup artist MMMMitchell has. He took to his social media to post:

"I feel so many emotions because I feel so upset that the tour's not going ahead, but I also feel upset because my friend's upset," he shared. "The worst part is that it really can't be helped and these feelings that Jeffree is feeling, I wish that I could just make them go away."

Additionally, Jeffree's Instagram bio used to say that he was the "wife of Nathan." It no longer does. Nathan was in the video Jeffree posted that toured the new home on January 1. Only time will tell whether or not these two lovebirds will make up (see what I did there) or really call it quits! In the meantime, Jeffree does have $200 million, a thriving business, and legions of fans to console himself.