Jeff Bezos Is Officially Worth $100 Billion

By Brian Warner on November 24, 2017 in Articles › Entertainment

Amazon's stock price climbed 2.5% on Friday, adding around $2.4 billion to Jeff's net worth. Today's $2.4 billion gain alone would be enough to make Jeff one of the 1000 richest people on the planet 🙂

Jeff's Amazon stake is worth $96 billion. He also owns The Washington Post, a healthy real estate portfolio, a large pile of cash, and a $3 billion stake in space tourism company Blue Origin.

When you add it all up, we can now comfortable say that Jeff Bezos' personal net worth is at least $100 billion.

Amazon shares are up a mind-boggling 58% this year alone. That gain has added $34 billion to Jeff's net worth. 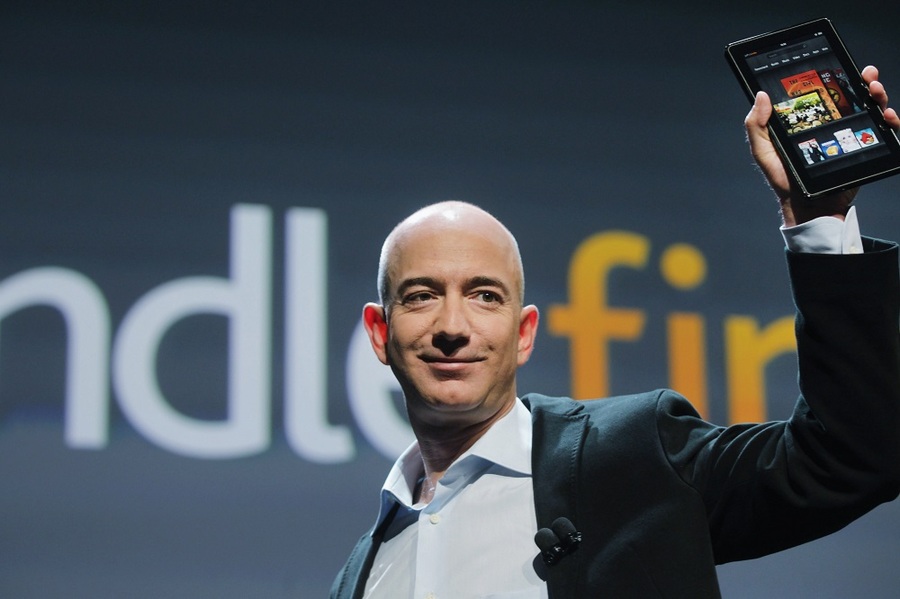 So, in your opinion, is this rocket ship just getting fired up or is Jeff at his peak net worth? FYI, Amazon currently has a market cap of $570 billion. Apple has a market cap of $900 billion. Do you foresee a day where Amazon is worth $900 billion? If so, at that point Jeff would have a net worth of $157 billion.  That would easily make him the richest person in modern history without adjusting for inflation.

But he would still have a ways to go if he wanted to top men like John D. Rockefeller and Andrew Carnegie. After adjusting for inflation, Rockefeller was worth $340 billion at the time of his death. Carnegie was worth $310 billion.