Jeff Bezos Is Now The Richest Person On The Planet

By Brian Warner on July 27, 2017 in Articles › Entertainment

When Jeff Bezos was a kid, he spent his summers castrating cows on his grandparent's ranch and working the grill at McDoland's. Earlier this morning Bezos officially became the richest person on the planet. It's an achievement that has been months in the making as Amazon's stock price has pushed higher and higher. With every new jump in market cap, Bezos inched close towards Bill Gates and the top spot. He slipped a couple times, but the last month has been a steady march upward. 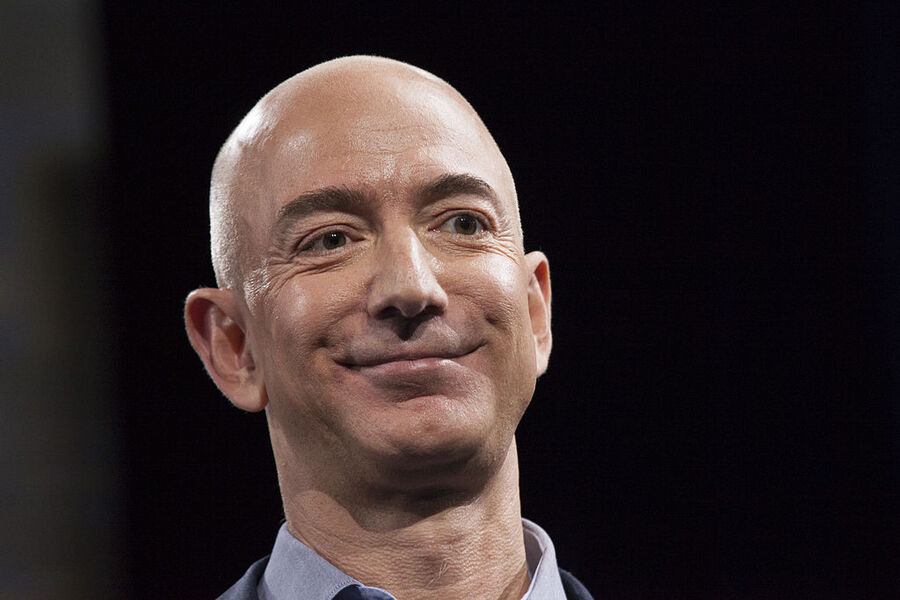 Over the last 12 months, Amazon's stock has risen from around $750 per share to today's $1077 per share. With these moves, Jeff has added tens of billions of dollars to his paper net worth. Bezos owns 81 million shares of Amazon, roughly 17% of the total outstanding shares.

For some historical context, on the day Amazon went public back in 1997, Jeff found himself with a net worth of $12 billion thanks to Amazon's $18 closing stock price. At the peak of the dotcom bubble, Amazon stock topped $106 per share. After the bubble burst, Amazon's stock price sank to an all-time low of $5 per share in October 2001. At the beginning of 2015, Bezos was worth $30 billion.

Every time Amazon's stock price goes up by $1, Jeff's net worth increases by $81 million.

It should be noted that had Bill Gates never decided to become a philanthropist, Bezos would still have a LONG way to go to becoming the richest human on the planet. Over the last decade, Gates has given away around $30 billion of his personal wealth to various causes. His $90 billion net worth today is AFTER that $30 billion has been taken out.

At $90.6 billion, Jeff is the 17th richest human being of all time after adjusting for inflation. He's the 7th richest American of all time.

The richest human being of all time is widely believed to be King Mansa Musa I of Mali who lived from 1280-1337 and had an estimated net worth of $400 billion after adjusting for inflation. Mansa Musa ruled the Malian Empire which covered modern day Ghana, Timbuktu and Mali in West Africa. Mansa Musa's shocking wealth came from his country's vast production of more than half the world's supply of salt and gold. Musa used his wealth to build immense mosques that still stand today, nearly 700 years later. His kingdom and wealth didn't last much longer after his death. His heirs were not able to fend off civil war and invading conquerors. Just two generations later, his world record net worth was gone.

***Update*** Unfortunately, Jeff's reign at the top was short lived. Amazon's quarterly earnings report was released today and investors were disappointed. This sent Amazon's stock down 4.5% in after hours trading and with that drop, Jeff's net worth is back down to $89 billion. It's likely that Jeff and Bill are going to be punching back and forth a bunch over the coming months.