By Simon Gerard on December 29, 2011 in Articles › Entertainment

It's been reported that Jay-Z and Kanye West received a bunch of spare cash for their boxing week shopping, thanks to splitting a $6 million paycheck for a private concert. They were jetted out to Dubai in the United Arab Emirates just before Christmas to perform, just following the end of their-ultra-successful "Watch The Throne Tour".

The private concert was for the niece of Sheikh Mansour (the brother of UAE president Sheikh Bin Zayed Al Nahayan) who was celebrating her 16th birthday. Despite being $6 million bill for the show (who knows how much the cake costs) it ain't a big deal for Sheikh Mansour, who is famous for owning the Manchester City Football Club. They played a selection of tracks from their joint album "Watch The Throne" as well as a number of solo hits. No word on how many times they were forced to perform "Ni**as in Paris". 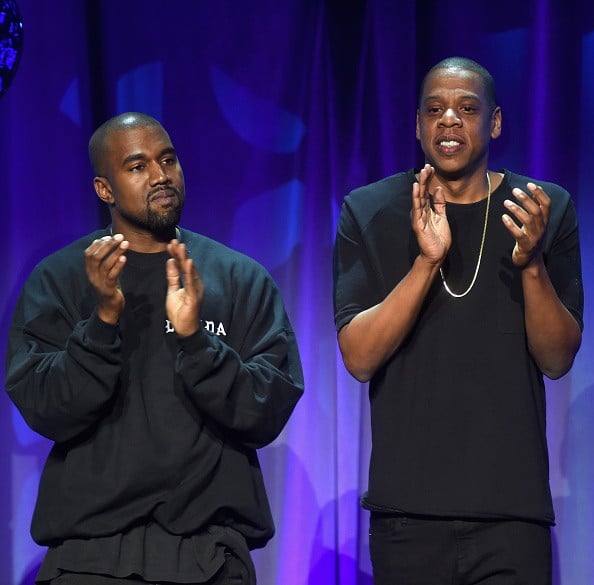 Jay-Z and Kanye were planking on $6 milli this Christmas. / Photo by Jamie McCarthy/Getty Images
Did we make a mistake?
Submit a correction suggestion and help us fix it!
Submit a Correction