Jay-Z and Ace of Spades Champagne

By Simon Gerard on December 31, 2011 in Articles › Entertainment

Since it's new years eve, a post on champagne is necessary. And the first one that comes to mind is Ace of Spades and their mascot, Jay-Z. With Ace of Spades new on the Champagne scene, introduced only in late 2006, is now a globally recognized bottle, pretty much all thanks to Jay-Z. 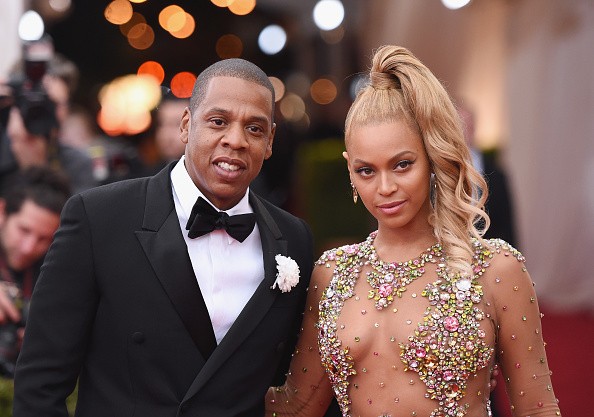 If you haven't gotten around to blowing $300 on a bottle while up in the club, you most likely recognize the name and bottle, but you probably don't know the history of Ace of Spades, so let me fill you in. Ace of Spades is just the nickname for Armand de Brignac 'Brut Gold'.  Armand de Brignac is a non-vintage champagne produced by a family-owned champagne house called Cattier. The 'Brut Gold' is recognized for its signature gold bottle and hand-applied and polished pewter Ace of Spades label. Like most champagne, Brut Gold is a blend of pinot noir, pinot meunier and chardonnay grapes. Armand de Brignac is also now available in 2 other blends, a 'Rose' in a pink bottle and a 'Blanc de Blancs' which is a 100% chardonnay. Another various is the giant 'Midas' bottle, which sells for around $100,000 and is the world's biggest champagne bottle.

Jay-Z had always and famously been a Cristal Champagne drinker, always drinking it, offering it in his clubs and bars and showcasing it in his videos and songs. In early 2006, the boss of Cristal made some racist comments about their most famous supporter and not wanting his business. Jay-Z denounced Cristal as his drink of choice, pulled it from his clubs and bars and encouraged his fans and friends not to drink it.

In late 2006, while filming his video "Show Me What You Got" in Monaco, he first tried Armand de Brignac's "Ace of Spades". He was an instant fan of the taste and the baller bottle and featured it in his video. (He actually orders one after refusing a bottle of Cristal.) Ever since, Ace of Spades haven't been able to keep up with demand. Now Ace of Spades champagne is on every celebrities' lips, always appearing in photos, music videos and mentioned in songs. Bottles have even been included in gift bags for the Oscars.

To celebrate the success of his release of "Watch the Throne", Jay-Z set the world record for most spent on Ace of Spades champagne in one sitting, with $250,000 (plus a $50,000 tip) at LIV nightclub in Miami. For more on Jay-Z's baller status, check out our post on Jay-Z and Kanye West getting paid $6 million for a private concert.