By Amy Lamare on January 20, 2020 in Articles › Entertainment

The whole sneaker buying/collecting world is huge. In the neighborhood I live in, people line up for many blocks to get the latest release from Nike and other brands. They sleep overnight on the sidewalk to be first in line. It is officially a thing. They are sneakerheads and it is a multi-billion dollar industry. Jaysse Lopez is the king of the sneakerheads, especially in the sneaker resale industry, which analysts predict will be a $6 billion industry by 2025.

Jaycee Lopez's Urban Necessities has two physical stores and a website and brought in nearly $21 million in sales last year. But it's more than just a business for Lopez – he's living the sneakerhead's dream – going to trade shows, meeting other sneakerheads in the resale business, and reaping the profits with his wife and co-owner Joanie. However, this didn't come easily. Lopez had to work his way up and off the literal streets to be the millionaire businessman he is today. 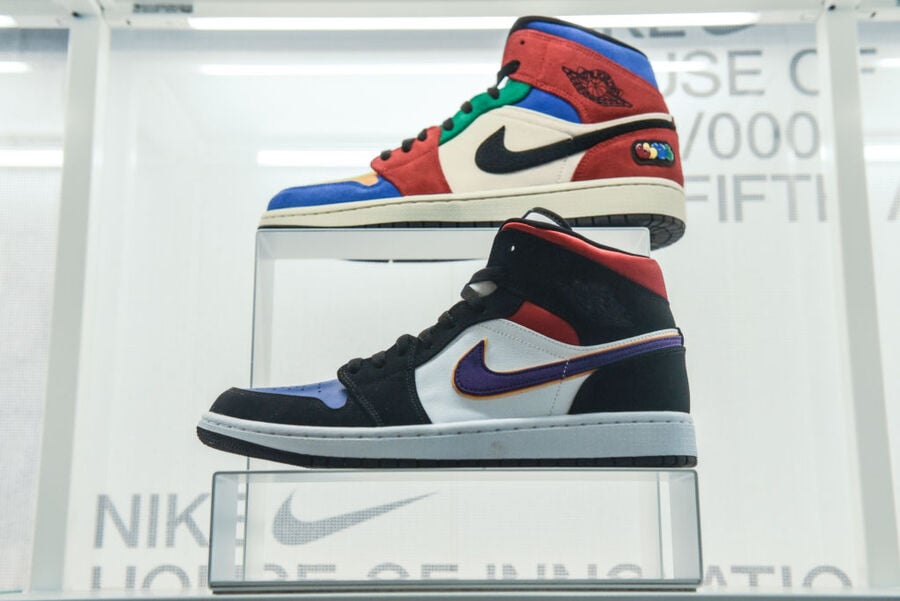 Before Lopez hit it big with Urban Necessities, he was homeless in Las Vegas. He panhandled on the Strip. At other particularly low points, he lived in a motel, on a friend's couch, and even sold his own clothes to get by. Lopez's story is an inspiration for other sneaker resellers looking to get into the market.

Back in 2000, Lopez moved from his native New Jersey to Las Vegas. He was homeless when he first got to Vegas. In addition to panhandling, Lopez also sold water on the Strip to get by. He lived in a park for about six months. Lopez first experienced the sneaker resale world when he walked into a local mall and saw people lining up days in advance for shoes that were being released. He spotted and watched the experienced resellers.

He got a job with a cell phone company and got off the streets. But then, in 2012, he got sick and had to leave his job. He met Joanie Barangan in November 2012 and moved in with her (and her parents) not long after. He started looking for another job, but he also decided to give reselling sneakers a shot.

In early 2013, Lopez came across a Nike Barkley Posite Max Area 72. He thought it would be a good bet for the resale market. With Barangan's help, he bought 18 pairs of the shoe when it was released. He was able to sell every single pair for $200 over cost. This is when he started getting serious about the sneaker resale market. Three months later he launched the website Two Js Kicks and took pre-orders for hyped-up sneaker releases. He also formed relationships with store managers that enabled him to buy the shoes for $60 over retail price.

Six months into his sneaker reselling career Lopez and Barangan broke up and he moved into a motel. Once again he was selling his clothes to get by while looking for another job. At one point, when he was crashing on a friend's couch, he convinced some of his former buyers to consign the shoes they no longer wore. Lopez then took those shoes to a trade show in the summer of 2014. He sold 400 pairs of shoes at that trade show. He also met a representative from a mall in Las Vegas that convinced him to open a store.

That representative gave him the store rent-free for a few months. It was located in a section of Las Vegas' Boulevard Mall that had been closed for five years. Lopez opened his store in September 2014 and it immediately took off. When he signed the lease, he had $40 to his name. By the end of 2014, just four months later, he had done $1 million in sales.

Lopez and Barangan got back together and ran the shoe reselling business together. They even offered a concierge service for tourists where they'd pick up customers and consignors from the Strip and drive them to their store. Two Js Kicks became Urban Necessities. In 2015, Lopez had $4 million in sales. In 2019, he had nearly $21 million in sales. Lopez and his now-wife plan to build Urban Necessities into a $500 million business.