By Beth McDonald on March 4, 2016 in Articles › Entertainment

Jay Z has 99 problems – and his music streaming service, Tidal, is one of them. The year-old music service that boasts a number of high-profile co-owners and investors, including Jay Z, Beyonce, Alicia Keys, Kanye West, Madonna, Nicki Minaj, and Rihanna, has been hit with a $5 million lawsuit, citing unpaid royalties and copyright infringement.

This is an unwelcome development for Tidal, which boasted from its inception, that unlike competitors Pandora and Spotify, would be a music streaming service that puts artists' rights first by paying higher royalty rates. In the lawsuit, Yesh Music and Emanuele note, "Ironically, when [Jay Z] purchased Tidal Music Service in 2015, it claimed it would be the first streaming service to pay the artists. Different owner, same game."

Tidal released a statement denying the allegations, noting it is up to date on all royalties owed to the plaintiffs and maintains the proper licenses for the music. The service has since removed all music associated with the record label and with American Dollar.

However, this is not the first time Tidal has raised eyebrows. According to Mashable, after Tidal's debut, Jay Z infamously tweeted that the streaming service would pay a "75% royalty rate to all artists, writers, and producers, not just the founding members on stage." However, a Tidal executive later clarified that Tidal would actually pay artists 12.5% of the royalties, with the remaining 62.5% going to the record labels. Jay Z also had to defend the service against critics in 2015, after it failed to gain traction with consumers who were reluctant to pay the hefty monthly subscription fee for the premium hi-fi sound quality plan. Furthermore, Tidal failed to gain wide support from the very artists it was purported to help. According to Mashable, after Tidal's launch, musicians such as Ben Gibbard, Lily Allen, and Marcus Mumford spoke critically of the service in 2015. Most recently, the music service botched the release of Rihanna's and Kanye West's latest albums, angering fans and causing millions of dollars in lost revenue as a result of music piracy. 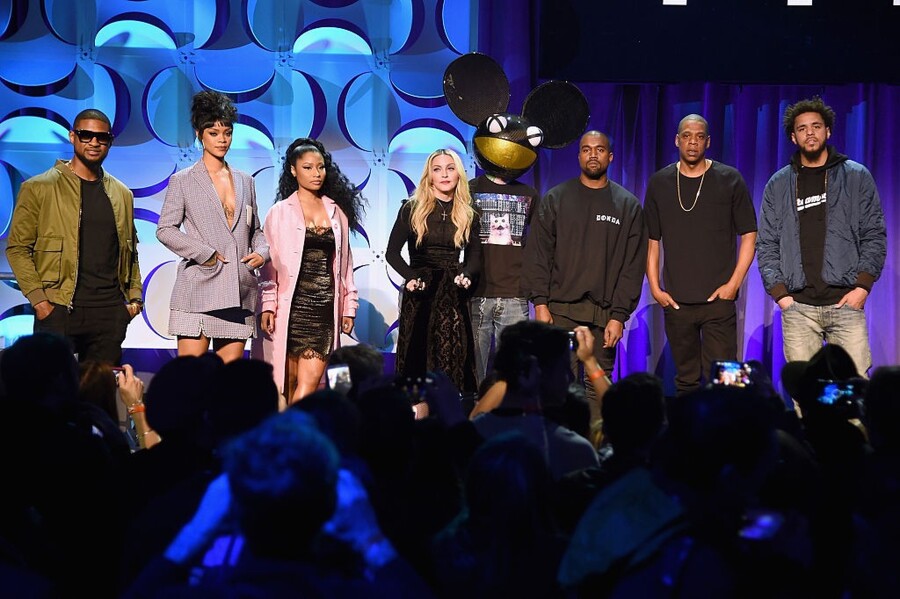 These are not Tidal's only problems. According to The Daily Mail, the music service has undergone significant employee turnover in recent months. Tidal has gone through three chief executive officers since its inception last year, and just recently fired its chief financial officer and its chief operating officer. The company has also lost its chief investment officer, U.S. marketing manager, and the senior vice president of label and artist relations.

Despite all the negative publicity, Tidal and its owners have had some good news: According to The New York Post, after being turned down earlier, Samsung has reportedly restarted discussions to possibly acquire the service. Google and Spotify have also been considering the purchase of Tidal.

Whether it's acquired or not, judging from the recent spate of bad press and lawsuits, Tidal has serious challenges to overcome, from rebuilding its executive management team to repairing its relationships with artists and customers.