Selling His Terminator Rights For $1 Enabled James Cameron To Earn $700 Million. But It's Still His Biggest Regret.

By Joseph Gibson on July 6, 2015 in Articles › Entertainment

When you're a young artist struggling to make it in the competitive field of show business, you're pretty much at the mercy of the rich executives that decide whether or not your ideas have enough commercial potential to invest in. Sometimes, that means making deals that are (on paper, anyway) a terrible idea just to get your foot in the door. That is exactly what a young director named James Cameron did back in the 1980s. Cameron sold the rights to a story concept he'd come up with for just $1 to producer Gale Anne Hurd, with one crucial proviso: That he be the one to direct the movie. That concept, which you've probably guessed by now even if you do suffer from headline blindness, was The Terminator.

Granted, if James Cameron had just been interested in selling a script, he probably could have wrangled a better sum for himself. But since he didn't want to see his story ruined or compromised by some studio, he took a financial hit in order to secure creative control. The irony here is that Cameron's artistic vision, as it would several more times in the future, would end up making one of those very movie studios a huge pile of money – the first movie alone made $78.4 million in its initial run, a healthy profit compared to its production budget of less than $7 million. Since then, the entire Terminator feature film franchise has grossed $1.4 billion at the box office, which of course doesn't even count the untold billions from merchandising, video games, the TV show from a few years back, novelizations, and so on. 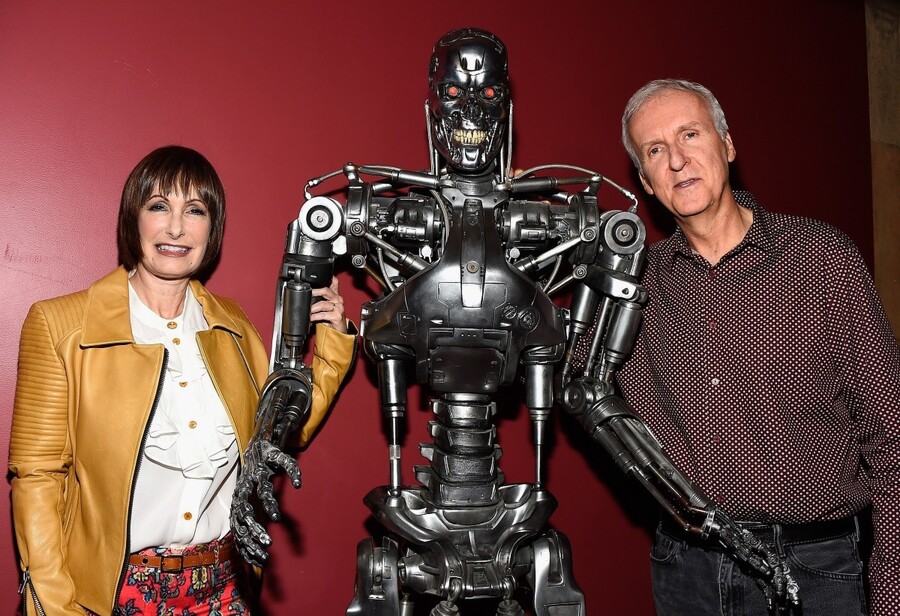 James Cameron famously hit it rich (and currently has a net worth of around $700 million to show for it) from directing blockbusters including Aliens, True Lies, Titanic, and Avatar, but according to an interview he gave in the last few years he still regrets his $1 deal:

"If I had a little time machine and I could only send back something the length of a tweet, it'd be – 'Don't sell.'"

Cameron's considerations in regretting his deal probably aren't purely financial. His relinquishing of rights to the Terminator franchise has resulted in a tumultuous history for the film's sequels following his own Terminator 2: Judgment Day in 1991 – which he intended to be the final film in the saga. Instead, though, he watched his baby go through several ignoble film installments, most recently Terminator: Genisys, which can't have been fun for a famous control-freak like Cameron (he did claim to have liked the most recent movie, though).

There's good news for James Cameron and his fans, though: The terms of that original contract say that he gets rights to the franchise back in 2019 (ten years before human Future War resistance forces finally defeat the machines, if The Terminator is to be believed). Whether or not he'll do anything with them, or if he'll prefer to focus on all those sequels to Avatar he reportedly has cooking in his head, remains to be seen.