Jack Nicklaus Made An Amazing Amount Of Money During His Career

By Amy Lamare on January 28, 2017 in Articles › Entertainment

Jack Nicklaus, a/k/a The Golden Bear, is widely considered to be the greatest golfer of all time. He won 18 major championships over 25 years. During his pro career, Nicklaus focused on the Masters, U.S. Open, Open Championship, and PGA Championship while also playing a selective schedule of PGA Tour events. He finished his PGA career with 73 victories. Nicklaus formally retired from pro golf in 1996 even though he continued to play occasionally for another decade.

Nicklaus was born in Columbus, Ohio in 1940 and began playing golf when he was 10 years old. Nicklaus won five straight Ohio State juniors titles starting at age 12. While golfing for The Ohio State University he won the U.S. Amateur in 1959 and 1961. Nicklaus turned pro in late 1961. He was 21-years-old.

The first win of Nicklaus' professional career came in a major championship, the 1962 U.S. Open. He defeated Arnold Palmer by three shots in a next day 18-hole playoff. This win launched the on course rivalry between the two golfers. Nicklaus was the first golfer to win the Master's Tournament two years in a row (1965, 1966). He also won The Open Championship in 1966 when he was 26 years old, the youngest to win that major title at the time. 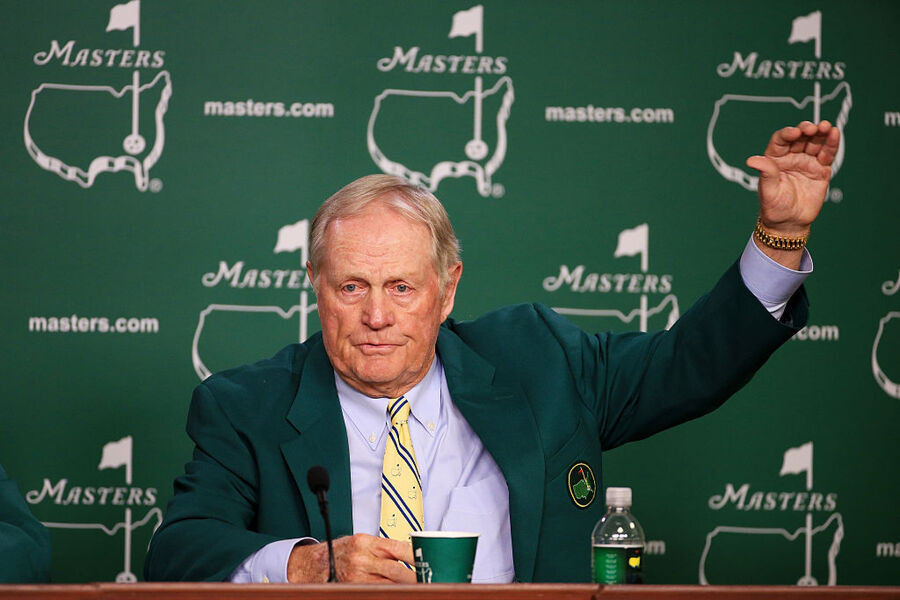 Nicklaus joined the Senior PGA Tour in 1990. By April 1996 he had won 10 of the tour's tournaments, including eight major tournaments. Nicklaus considers that the end of his pro golf career, though he continued to play some of the regular tournaments until 2005.

Even though it has been a long time since Nicklaus made the bulk of his income from playing golf, don't call the Golden Bear retired. In fact, he is far from retirement.

He founded Nicklaus Design nearly 50 years ago and has designed more than 380 golf courses in 36 countries. But course design is just one part of Nicklaus's empire. He has a line of golf balls and, like his former rival Arnold Palmer, has licensed his name to the AriZona Beverage company for a branded lemonade. He's also got endorsement and marketing deals with a number of companies including Perry Ellis and Rolex.

Speaking of his AriZona beverage deal, Nicklaus made sure he had his old rival Arnold Palmer's blessing before entering into the licensing deal. Palmer signed with the company first and Nicklaus didn't want to step on his toes, so to speak.

These days, 77-year-old Jack Nicklaus shows no signs of slowing down. His latest venture is an investment in Fantex, a company that sells virtual stocks for athletes. He's also still involved in building Nicklaus Companies into a business that will thrive long after he's gone.

Jack Nicklaus is the fourth highest earning athlete of all time with $1.15 billion in earnings. Only Michael Jordan, Tiger Woods, and his old rival Arnold Palmer have made more money. Nicklaus has a net worth of $320 million.