By Amy Lamare on February 16, 2021 in Articles › Entertainment

An analysis of Ivanka Trump and Jared Kushner's financial disclosures revealed the couple had outside income of between $172 million and $640 million while working in the Trump administration. It is standard practice that things like income and the value of real estate are reported in broad ranges in government financial disclosures, so it's hard to pin down the exact amount the couple made. The financial disclosure covers four months of income before Ivanka joined her dad's administration and just under a month before Jared joined it. At the time, Ivanka and Jared tried to get ahead of the public cries of nepotism by turning down a salary for their White House gigs. As it turns out, they really didn't need that government salary, which would have amounted to less than 1% of their outside income.

Ivanka's income was aided in part by her ownership stake in DC's Trump Hotel, located very close to the White House. The hotel was used as the headquarters of sorts for people looking to connect with the Trump administration. Combined, Ivanka and Jared made 23 visits to the hotel. Ivanka has made more than $13 million from Trump Hotel DC since 2017. She made roughly $4 million a year between 2017 and 2019. In 2020, she made $1.5 million. During the pandemic, travel and meetings slowed down. The financial disclosures also revealed that Ivanka's stake in the Trump Hotel decreased dramatically in 2020. In earlier financial disclosures, her stake in the hotel was reported to be between $5 million and $25 million. By the time she left the White House, it was disclosed to be between $100,001 to $250,000. She didn't sell any of her stake, because there isn't a record of any transaction. So that's unexplained. 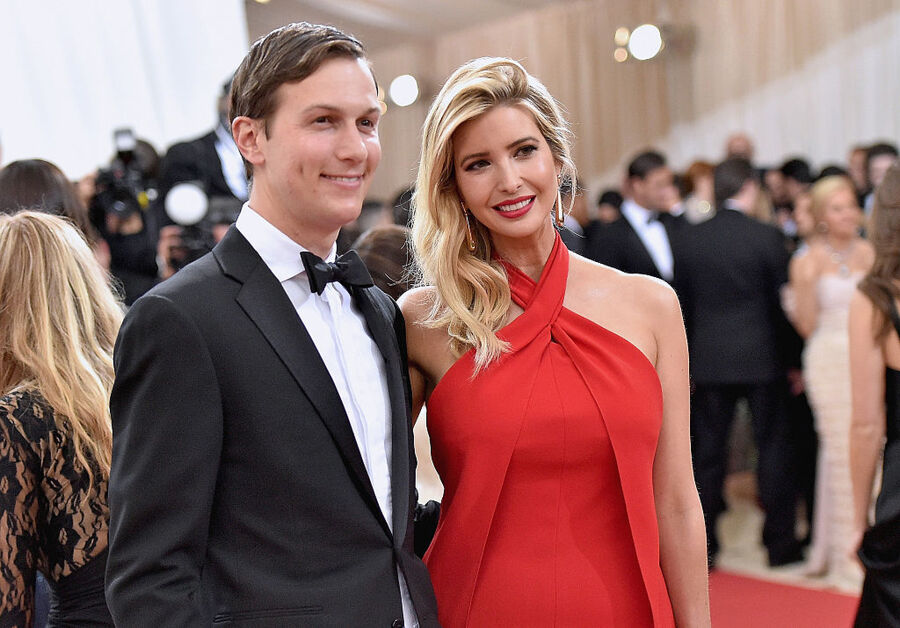 Trump Hotel DC and the mystery of her declining stake isn't the only anomaly in Ivanka's financial disclosure. She announced she was closing her Ivanka brand in 2018. Reportedly, the Ivanka brand closed on July 31, 2018. However, she made up to $1 million from her brand in 2019, which is curious since according to a disclosure Ivanka filed with the government in mid-2018, her brand no longer existed.

There's more controversy when it comes to Ivanka's income and business dealings. Throughout her tenure in the White House, she was plagued by scandal after scandal over potential conflicts of interest with her various businesses. For instance, she secured foreign trademarks to use after she left the White House. One month before her father was elected President in 2016, Russia renewed two trademarks for Ivanka's business. The day after her father won the election, Ivanka's business applied for trademarks in Japan that were approved when Vice President Pence met with then-Prime Minister Abe in Japan. Ivanka and her father also met with the Prime Minister about a week before her trademarks were approved. In 2017, she was approved for additional trademarks in Japan.

In 2017, she won preliminary approval for three trademarks in China on the very same day she had a meal at Mar-a-Lago with Chinese President Xi Jinping. In 2018, she was awarded approval for five trademark applications in China, and a sixth trademark was labeled "first trial approval," during the same week President Trump announced he'd work with Chinese telecommunications company ZTE to save jobs. One month later, Ivanka received registration approval for three more trademarks on the same day Donald Trump announced he'd lift the sanctions against ZTE.

Then, in October 2018, Ivanka's brand received 16 new trademarks from China, including one for voting machines. This all happened three months after the brand supposedly shut down. Six months after the Ivanka brand reportedly shut down, it was given a trademark to sell the Ivanka brand in Canada. All in all, Ivanka was approved for at least 28 foreign trademarks while working in her father's administration at the White House.

Ivanka ran afoul of the law when she worked on the Trump administration's Opportunity Zones program. This reportedly violated federal conflict of interest law because her husband Jared had millions of dollars in financial interests in an entity called Cadre that benefitted from the Opportunity Zones program. When Jared started working for the Trump administration his stake in Cadre was between $5 million and $25 million. Over time that stake rose to $25 million to $50 million. Oh, and Kushner originally did not disclose his ownership of Cadre. In fact, the White House's ethics official said it was reasonably necessary for Jared to divest himself from Cadre to work at the White House. He never did.

Ivanka Trump and Jared Kushner benefitted from Trump having the Department of Justice reverse decades of precedent so they could work in the White House. Neither of them was qualified to do the jobs they were tasked with and yet, it appears Ivanka and Jared walked away from the White House hundreds of millions of dollars richer.