Jared Kushner and Ivanka Trump are unpaid senior White House advisors. They are unpaid. But don't worry too much about their finances! They don't have to worry about not bringing in any cash to pay for lunche. This power couple made $82 million in outside income between April 2017 and June 2018. The White House released filings earlier this week that show the couple's assets grew between 2016 and 2017. Last year, they had between $229 million and $786 million in assets, up from their 2016 reported assets of between $203 million and $740 million.

Ivanka and Jared brought in their staggering 2017 income from business ventures and investments that are separate from their government jobs. Ivanka made $5 million from her clothing and shoe business, $3.9 million from her share in the Trump International Hotel, and $2 million in salary and severance from the Trump Organization, and at least $5 million from a trust called Ivanka M. Trump Business Trust. The trust is valued at more than $50 million. Jared's real estate holdings brought in $1.5 million through his Westminster Management, which owns and manages more than 20,000 apartments in New York, New Jersey, Pennsylvania, Maryland, and Ohio. 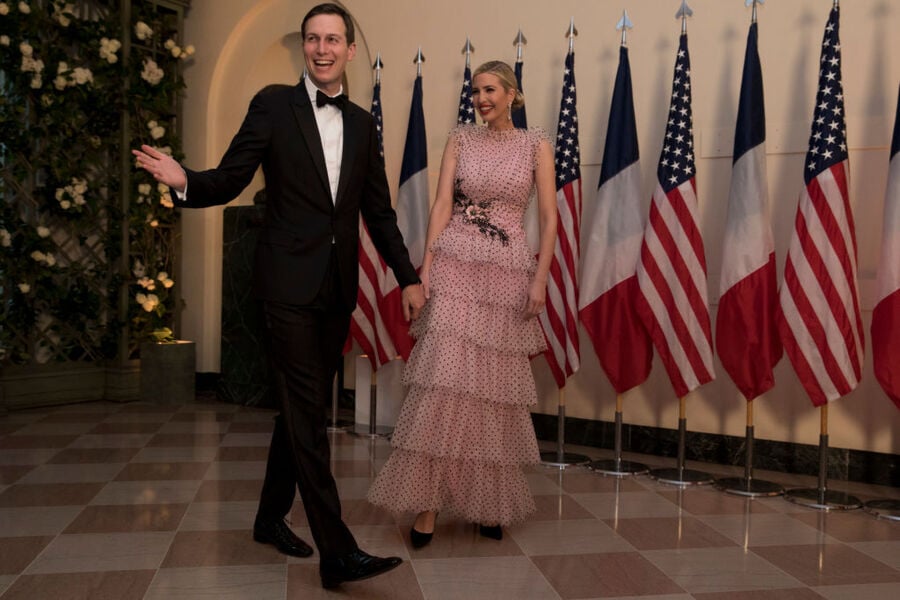 During 2017, the couple's liabilities were at one point between $40 million and $200 million. However, between $13 million and $65 million have been paid off. The Office of Government Ethics requires that White House official's wealth is reported in estimates.

Since Ivanka's father became president, she and her husband have stepped away from the day to day management of their businesses. They do retain ownership stakes in them, however. It should be noted that Ivanka and Jared are not legally required to sell their assets and businesses to work in the White House, but there are rules that prohibit federal employees from participating in matters in which they have a direct financial interest.