By Brian Warner on December 25, 2019 in Articles › Entertainment

In the movie "About A Boy", Hugh Grant's character doesn't need to work thanks to a hit Christmas song called "Santa's Super Sleigh" that his late father wrote. Hugh gets annoyed every Christmas because he can't avoid hearing the song everywhere he goes on the radio, at bars, supermarkets… While the holidays may be slightly annoying for Hugh's character, he's still able to live a completely care-free retired life with a fancy apartment, expensive sports car and luxury vacations all from a single hit song. Is this dream scenario really possible? Can you write one hit song and retire off the royalties? It seems too good to be true, but in reality is absolutely 100% possible. As we are about to demonstrate, writing one hit song can make you extremely rich for life.

A few years back we interviewed Gary Portnoy, the guy who wrote and sang the theme song for the television show Cheers. One of the most interesting facts we learned from Gary is that writing a hit TV theme song is a great way to make residual income for life. Gary told us that he made enough money off "Where Everybody Knows Your Name" to give him a very comfortable life without ever having to work again. Every time Cheers airs and every time the song is used in any other format, Gary, as the songwriter/performer gets paid. The vast majority of hit songs have a very short window of popularity. Gary is lucky because his song is permanently attached to one of the most popular and highly syndicated televisions shows of all time. Can you imagine the income stream people like Paul McCartney or Bob Dylan have? 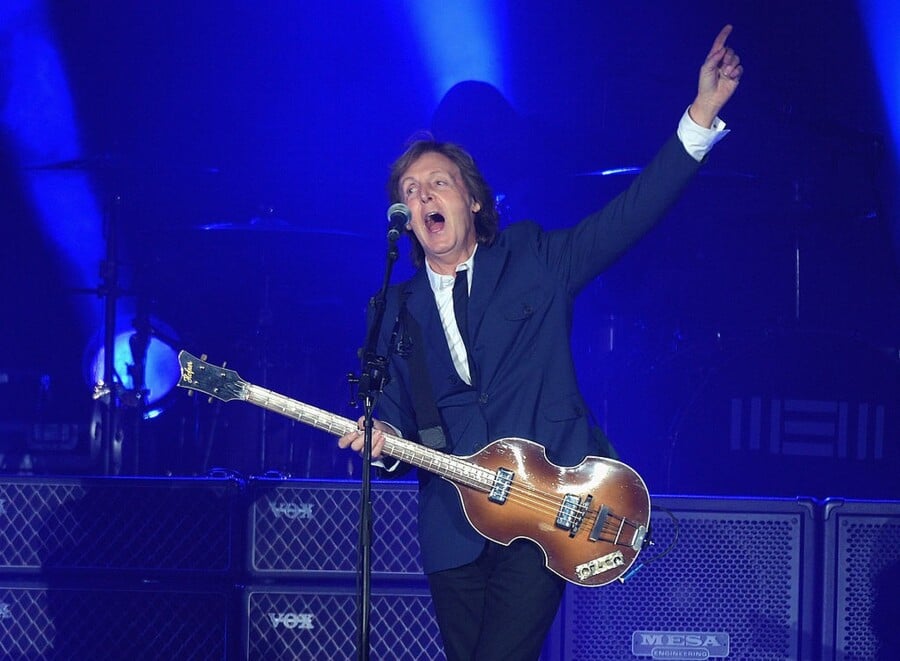 There are four main types of royalties:

1) Mechanical licenses – when a song mechanically reproduced and sold on some form of media (CDs, iTunes, vinyl, cassette tapes). The songwriter is paid a mechanical royalty every time an album or single is sold. In the United States, the amount songwriters are owed is set by law at 9.1 cents or 1.75 cents per minute of playing time, whichever is greater. In other words, a songwriter earns 9.1 cents every time a three minute pop song is sold. On the other hand, if the song is 8 minutes long, the songwriter earns 1.75 cents*8 = 14 cents per sale. I know what you're thinking, when has anyone ever written an 8 minute pop song? Don McLean's 1971 song "American Pie" clocks in at 8 minutes 33 seconds and therefore earns him a nearly 15 cent royalty every time it sells!

Today the average artist earns $2 per CD sold, 25 cents for every iTunes download and $0.005 per digital stream.

2) Performing rights – any time a song is performed publicly (radio, sporting events, nightclubs, coffee shops and cover versions). When you're waiting on hold and the 800 number plays music, a songwriter somewhere is earning a performance royalty. As we learned in our interview with Gary Portnoy: "In the case of "public performances"- those on TV, radio, internet, etc- the size of the royalty will vary depending on whether a song is used on a major television network or on just one local station… and whether it is played on a radio station in a big city or on one in a sparsely populated rural area. There are performing rights organizations (ASCAP, BMI, and SESAC) that track all of these various performances and collect fees on the writer's behalf. These monies are generally distributed on a quarterly basis. And in these modern times, more often than not, they are deposited directly into the writer's bank account." In a recent interview, Don McLean revealed that even 40+ years later, "American Pie" is still played at least 500 times every day on radio stations around the world, and he earns a royalty each time.

An average hit song on the radio today will earn the songwriter $600-800,000 in performance royalties. For example, The Black Eyed Peas song "Boom Boom Pow" has had 6.3 million single sales and 3.15 million album sales to date which equates to $860,000 in songwriting royalties. Since the song was written by all four band members, each person has earned roughly $215,000 just off performance royalties.

3) Synchronization rights – any time a song is used on TV, in a movie, in a commercial. Whoever owns the master copyrights of a song (typically the record company) dictates when a song is licensed and for how much. Artists can earn $300,000 if their song is used in a national commercial or film and $50,000 for a prime time television show. As we learned with Gary though, if you write the actual theme song, your royalty stream can be much more valuable.

Royalties are often called "mailbox money" even though most artists opt for direct deposits.

Let's get down to brass tacks – Which hit songs actually allowed the songwriter to live like Hugh Grant in "About A Boy"? Even 40 years after he wrote "American Pie", today Don McLean still earns an estimated $300,000 in combined royalties every year. Scottish musician Gerry Rafferty earns $100,000 a year off his 1978 song "Baker Street". The Swedish super group ABBA broke up in 1982 and still manage to earn millions in royalties every year (significantly more than most active artists) thanks to movie licensing, radio play and album sales. A recent BBC documentary examined the 10 "richest" songs of all time and the results are fascinating. The documentary demonstrated that if you want to make a fortune in the music business there are three tricks: 1) Write a Christmas song. 2) Write a timeless love song. 3) Get your song featured in a movie. Here is a list of the top 10 richest songs of all time:

The 10 Richest Songs of All Time:

This song, which you may know better as "Chestnuts roasting on an open fire", has been covered by hundreds of artists including Justin Bieber, Lady Gaga and Britney Spears. Interestingly Torme was Jewish and wrote the song when he was just 19 years old. Mel's son James Torme is jazz singer who may be the real life embodiment of Hugh Grant in "About A Boy".

This one song was responsible for 1/4 of all the money The Police's entire catalogue has ever earned. Sting himself earns a reported $2000 EVERY DAY ($730,000 per year) thanks to the song which received a huge boost in popularity thanks to P Diddy's remix tribute to Notorious BIG.

The song was a huge hit in its own time but the movie of the same name really took "Stand By Me" to the earnings stratosphere.

This song has been covered by more than 650 different artists, most notably The Righteous Brothers in 1965. The song was given another massive boost in 1990 when it was featured in the blockbuster film "Ghost".

Even though Paul McCartney wrote and sang 100% of this song on his own, he had a longstanding agreement with fellow Beatle John Lennon to split all writing credits 50/50. That means Yoko Ono still earns millions today off a song that has been covered by more than 2200 artists and is the second most played song in radio history. Due to their standard practice, the song is credited to "Lennon-McCartney", in 2000 Paul asked Yoko if they could change it to "McCartney-Lennon" but she refused.

Super producer (and convicted murderer) Phil Spector applied his "Wall of Sound" production techniques to this massive hit. Spector also insisted (against everyone's judgement) that the writers add the now-famous line "and he is gone, gone, gone, Whoa, whoa, whoa". "You've Lost That Lovin' Feelin" is the number one most played song in radio history. Interestingly, just like the #5 song "Unchained Melody", the song received a massive boost thanks to a Righteous Brothers cover version that has appeared in dozens of movies, most notably 1986's "Top Gun".

Written by a Jewish immigrant from Russia, no song really captures the heart of Christmas like this song. Bing Crosby's cover of "White Christmas" has sold over 100 million units since to date worldwide.

Most people have no idea that the song you sing at every birthday party ever is copyrighted material. The song was written by a pair of sisters who were kindergarten teachers. Ownership of the song has traded hands several times over the last century. In 1990 Warner Chappell paid $15 million for the rights. Technically it's illegal to sing "Happy Birthday" in a large group of unrelated people (like an office party) without paying a royalty to the current copyright holder Warner Music Group (which is owned by a private corporate conglomerate called Access Industries). Today the song brings in $2 million a year in royalties ($5000 per day). It costs $25,000 to use the song in a movie or TV show which explains why you often see the characters sing an odd, amalgamated version on screen. This also explains why chain restaurants sing their own custom songs for a guest's birthday. The copyright for "Happy Birthday" expires in 2030 in the United States and 2016 in the European Union, at which point we can all finally sing Happy Birthday without writing a royalty check.