There's a story going around about how Beto O'Rourke, Democratic candidate for President, supported his father-in-law's plan a decade ago to redevelop a poor neighborhood in El Paso. At the time, Beto was a member of the city council. He did not object when the mayor of El Paso threatened property owners in that neighborhood with eminent domain to seize their homes and sell them to the real estate trust founded by William Sanders. Sanders, as mentioned, is Beto O'Rourke's father-in-law. He's frequently referred to as a "billionaire," but is he? One website speculated that Sanders was worth $20 billion. If so, why haven't we heard of him? And if he is, technically that makes Amy O'Rourke a billionaire heiress.

William "Bill" Sanders is a legit real estate tycoon. In fact, he's the man who came up with the concept of the REIT – Real Estate Investment Trust. Sanders is wealthy – very very wealthy – but we can't back up the assertation that he's worth $20 billion. Sanders sold Security Capital, one of his companies (he owns several), to General Electric in 2002 for $5.4 billion. Like Forbes (I know, shocker), we can't agree that Sanders is worth $20 billion. In fact, we don't even think he's a billionaire. 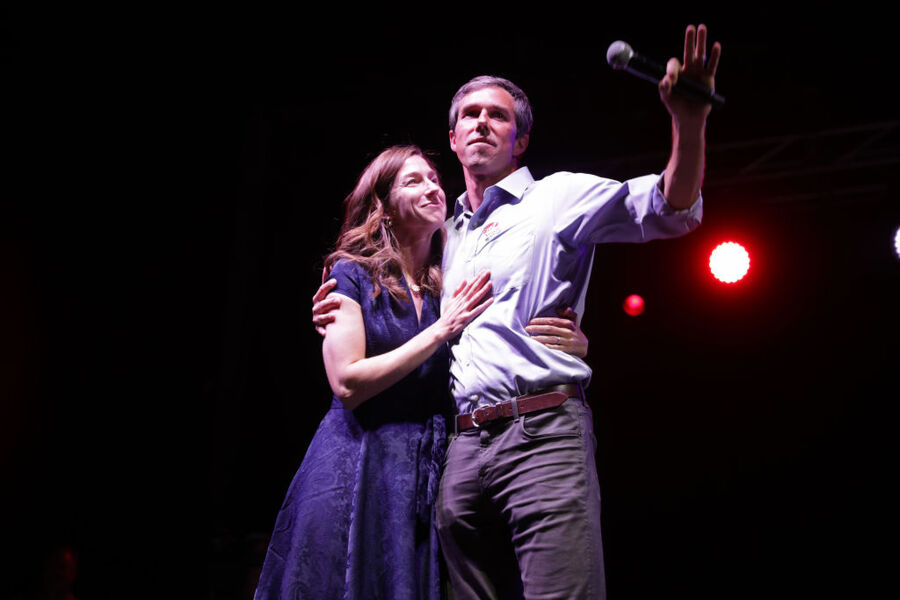 Bill Sanders was born in Minnesota in 1941. He is the son of David, an ad agency owner who was born in Mexico to German Jewish immigrants. His mother, Marion's father, was born in Chicago to German Jewish parents, her mother was also born in Chicago but to Irish Catholic parents. Sanders was raised in El Paso, Texas. He attended Cornell University and graduated in 1964 with a degree from the College of Agriculture and Life Sciences. He founded the real estate firm LaSalle Partners in 1968. In 1999, LaSalle Partners merged with Jones Lang Wooton to become Jones Lang LaSalle. Sanders once MANAGED a real estate portfolio of $20 billion. Sanders sold his stake in Jones Lang LaSalle in the late 1980s for $65 million.

In 1991, Sanders founded Security Capital Group in Santa Fe, New Mexico. That company was an incubator for REITs. It went public in 1997 and grew to $26 billion in assets by the turn of the century. In 2001, the company made $265 million selling shares of CarrAmerica, $740 million selling Homestead Village to Blackstone, and sold $380 million of stock in Archstone Communities. In 2002, Sanders sold the company to GE Capital for $5.4 billion. He made about $250 million cash in the deal according to SEC documents. Sanders then created a new REIT, Verde Realty, which invested in properties in Mexico. In 2012, 81% of Verde was acquired for $886 million. Sanders owned 6.4% of Verde, worth $22 million.

The El Paso issue with Beto happened in 2007, when Sanders and a group of investors from El Paso and Juarez known as Paso del Norte came up with a plan to develop a few hundred acres in the barrio between the 10 freeway and the Texas/Mexico border. Sanders' REIT was all set to buy the buildings, condemn them, and tear them down. Owners of the buildings would have the choice of exchanging their properties for shares in the REIT, selling their buildings at fair market value, or having their properties condemned by the city. The plan ultimately failed, but not before Beto O'Rourke had a chance to support his father-in-law's plan. In the end, that REIT raised $30 million and bought downtown El Paso's Chase Tower.

A few years ago, Sanders, who is now 77 years old, took a bank he owns and merged a third of it into FirstSun Capital Bancorp, giving him $400 million in shareholder equity. It is unclear if Sanders is still involved in that enterprise.

So let's get down to it. Is William Sanders a billionaire and therefore his daughter Amy a billionaire heiress? Nope. Sanders is not a billionaire. He's super successful and wealthy by any measure, just not a member of the 10 figure+ crowd. He's got a net worth of about $500 million.