By Brian Warner on November 15, 2014 in Articles › Entertainment

Most westerners probably don't know too much about Iran's Supreme Leader Ayatollah Ali Khamenei. In fact, most westerners don't know too much about Iran in general! One of the first things you should know about Iran is that despite having a democratically elected president, the country is actually controlled by the Supreme Leader, also known as the Ayatollah, also known as the Guardian Jurist of Iran. The Supreme Leader is Iran's religious authority and is responsible for picking all of the country's highest officials. For this monumental challenge, the Supreme Leader does not actually earn a salary. He does it all out of the goodness of his heart, in duty of Islam and Iran. But before you feel too sorry for Ayatollah Ali Khamenei, keep in mind that he also personally oversees a real estate, financial and manufacturing empire that is reportedly worth a minimum of $95 billion.

Ali Khamenei was born on July 17, 1935 in Mashhad, Iran. He is the second Supreme Leader of Iran, having taken over from Ayatollah Ruhollah Khomeini (no relation despite the similar sounding last names), upon his death in 1989. Ayatollah Ruhollah Khomeini is credited with being the driving force behind the revolution that ousted the pro-western Shah of Iran in 1979. Ousting the Shah turned Iran from a relatively westernized, free nation, back into an extremely conservative Islamist state. 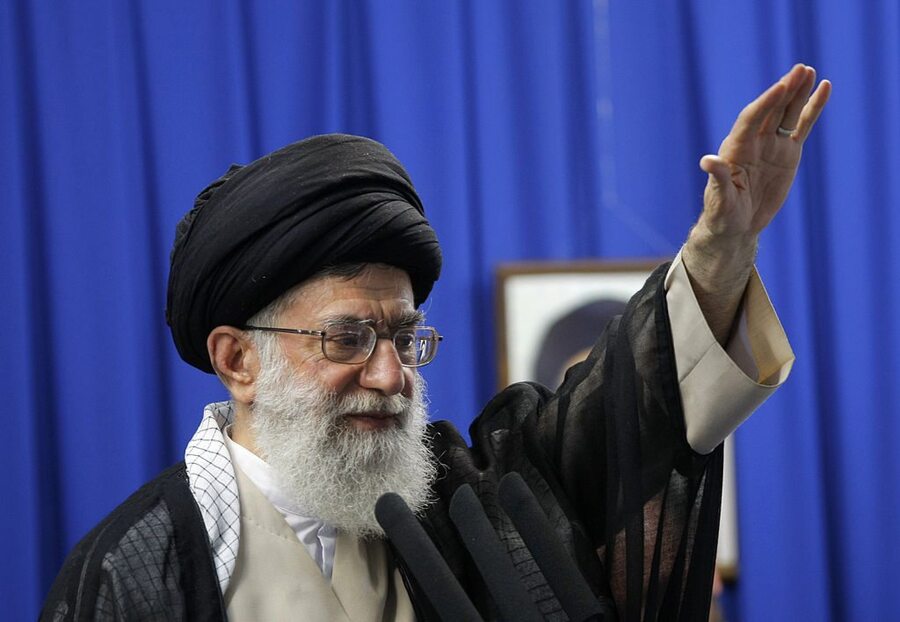 For a little under a decade, the aftermath of the Islamic Revolution created an interesting problem in Iran. The sudden departure of the Shah, the entire extended royal family and many formerly high-powered families, meant that thousands of companies, real estate portfolios and bank accounts were abandoned and essentially up for grabs. Endless lawsuits and confrontations were spawned to resolve the disputes, but there was still a lot of confusion even 10 years later. So in April 1989, Ayatollah Ruhollah Khomeini wrote and signed a two paragraph edict that launched a new corporate entity called Setad. Also known as "The Headquarters", two of the Ayatollah's most trusted advisors were placed in charge of Setad. Setad was then given the power to make the final decision on all seized and disputed assets.

Two months after creating Setad, on June 3rd, 1989, Ayatollah Ruhollah Khomeini died at the age of 86. He was quickly succeeded by his former student Ali Khamenei.

As we previously stated, the original purpose of Setad was to oversee all of Iran's disputed and seized assets, specifically those connected to the Shah and extended members of the former royal family. Ayatollah Ruhollah Khomeini also intended for Setad to be dismantled after two years.

Ayatollah Ali Khamenei did not dismantle Setad after two years. In fact, he has spent the last 2+ decades expanding Setad's power and influence to an exponential degree. Over the last 24 years, Setad has slowly acquired large equity stakes in every aspect of Iran's economy.

Using information gathered from the Tehran Stock Exchange, anonymous tips, and a report from the US Department of Treasury, Reuters estimates that Setad controls assets that have a total value of at least $95 billion. And who controls Setad? One person: Ayatollah Ali Khamenei.

In 2008, the head of Setad's real estate division estimated the value of its holdings alone at $52 billion. And in the six years since that statement was made, the value of Iranian real estate has gone way up thanks to the plunging value of the country's physical currency.

In 2010, The US Treasury Department released a report that showed how Setad's corporate investment division controls dozens of firms that have a cumulative market cap of at least $40 billion. The investment division owns stakes in Iranian companies that produce everything from cement to soda pop. According to David Cohen, the Treasury Department's Under Secretary for Terrorism and Financial Intelligence, Setad generates "billions of dollars a year" in revenue. And who benefits from Setad's revenue? One person: Ayatollah Ali Khamenei. 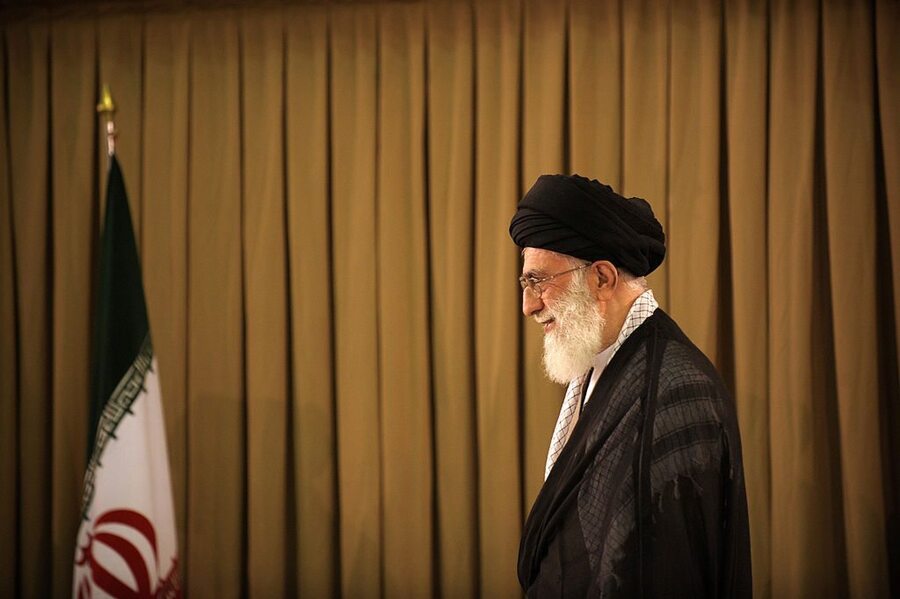 So is Ayatollah Ali Khamenei a secret multi-billionaire capitalist tycoon disguised as a pious religious leader? The answer to that question is a little murky. From what the US Treasury Department has been able to determine, the current Supreme Leader does not use any of his billions in any obvious way to benefit himself personally. He lives in a modest house in Tehran that has modest furniture. The house is located within a compound that is owned by Setad for obvious security reasons. Almost every aspect of his life is extremely modest.

One of the most controversial aspects of Setad's humongous business empire, is the method at which many of the assets have been reportedly acquired. What started out as an organization that was put in place to clear up confusion around disputed and seized assets, has transformed into an organization that allegedly seizes assets using mafia-like tactics. One of the prime examples involves Parsian Bank which at one time was Iran's largest non-state owned financial institution. After the leaders of the bank ran afoul of several top leaders of Setad, the bank was seized and those former executives were placed under house arrest, where they remain to this day. Practically overnight, Parsian was seized and all of its assets directed to benefit Setad's interests and leadership.

Another couple that Reuters interviewed in California was able to produce real estate documents showing that their property had been seized by Setad because of their reported connections to the Shah more than 20 years ago. Their portfolio is now the centerpiece of a publicly traded company controlled by Setad. The couple estimate that if they had been able to maintain ownership, their stake would be worth in excess of $100 million today. Instead they got nothing.

So if Ayatollah Ali Khamenei is living modestly despite controlling a $95 billion empire, what's the point? Well even though he doesn't appear to be showering himself in mansions, jewels, cars and private jets, the Treasury Department does believe that the Ayatollah is in possession of an immense personal fortune. And by controlling Setad's $95 billion assets, he wields extraordinary power within Iran. The revenues Setad produces can be used to fund anything that the Ayatollah deems to be necessary to preserve his (and Iran's) way of life for many years to come…

Oh, and it should be noted that Iranian government representatives scoffed at the Treasury Department's reports and Reuters' recent expose, calling them "baseless" and "scattered".