Nav Bhatia is a Sikh who brought his family to Canada from India in 1984. At that time, there were brutal anti-Sikh riots happening in his homeland, and he was able to obtain a visa to escape the country to Canada in order to protect his family.

He brought with him a degree in mechanical engineering, a few dollars, and his characteristic Sikh turban which he always wears. It was the turban that made it nearly impossible for him to obtain a job. "At that time, nobody wanted a guy with a turban and a beard," he said in an interview.

According to Bhatia, he went through about 300 job interviews before finally landing a position as a car salesman at a Hyundai dealership. In his first three months, he sold 127 cars, setting a Hyundai record, which, he says, still stands. Hyundai rewarded his efforts by giving him a management position at a struggling dealership. In a short time, he was able to turn it into one of the most profitable Hyundai dealerships in Canada, and he eventually became the owner of that dealership and others. He is now the most successful Indian-born car dealer in the country.

Though he is a prominent businessman, he is perhaps more commonly known as the official "Super Fan" of the Toronto Raptors. "When the Raptors came in '95, I bought two tickets, because I could only afford two," he said. "Now I have 10 seats — I have six courtsides and four platinum seats and once a year I buy thousands of kids tickets to the game." 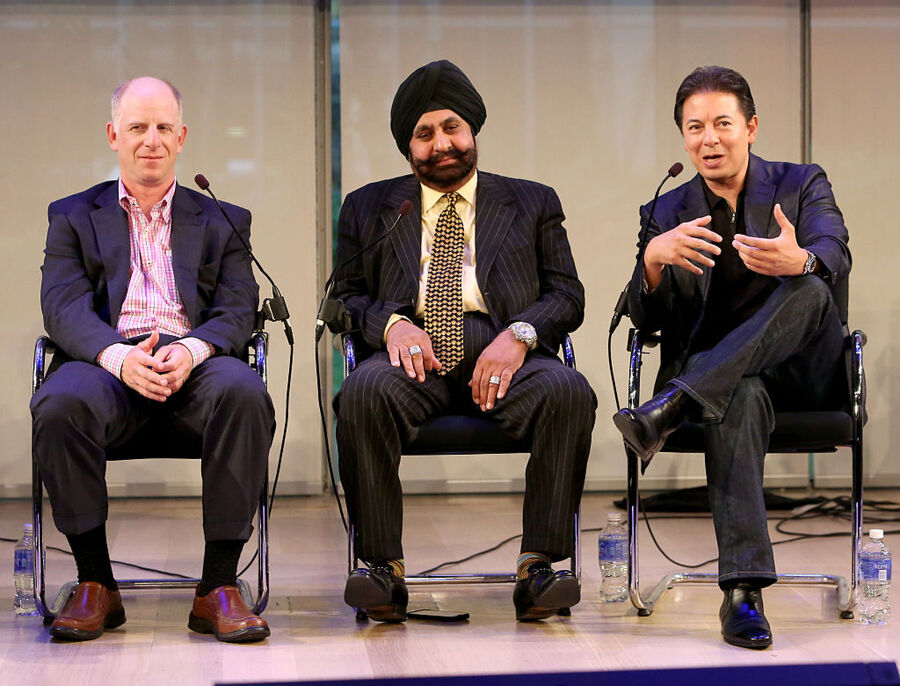 Bhatia spends over $300,000 each year on Raptors tickets, many of which he gives to others. In 21 years, he claims to have never missed a single minute of a home game. He called the Raptors' game four victory over the Cavaliers last season "the most important game of our franchise history."

Outside of his love for basketball, one of his primary motivations for spending so much money on the sport is to help integrate Sikhs into Canadian culture. He recalls a moment of discrimination he experienced before he was so well-known: "I went to fix my cellphone, and this Caucasian guy, I overheard him saying, 'Honey, I have to go, my cab is here.' I guess he assumed I was a taxi driver, because I wear a turban and I have a beard."

Bhatia realized this was an area where growth was needed. "It's the fault of our own people — Sikh people, the religious leaders, the community leaders who haven't done enough to integrate Sikhs into the mainstream," he said. "At that time, I decided, I'm going to buy 3,000 tickets and bring young Sikhs and all the other people in the community to the game of basketball so they don't have to go through what I went through. That's how my passion started to integrate the community."

Beyond being the famous Raptors Super Fan, Bhatia also brought Bollywood cinema to Canada. This endeavor began in 1999, when he screened the film Hum Saath Saath Hain. "It became the first Bollywood film to run at six mainstream theatres in the Toronto area. Till then no Cineplex would touch an Indian film, but I changed that," says Bhatia.

Over the years, he has continued to buy Raptors tickets, help North Americans understand Indian culture, sell lots of cars, and promote Bollywood screenings and live shows. If you ever tune into a basketball game in Toronto, look for a guy sitting courtside in a turban. Then you'll know you've found Nav Bhatia.