By Brian Warner on August 9, 2016 in Articles › Entertainment

Earlier today, Bow Wow posted a rather cryptic message to his Instagram that has both confused and amused the internet. The rapper who was formerly known as Lil Bow Wow and was born Shad Moss, posted a photo of himself holding a microphone with the caption:

"Retirement only means that it is time for a new adventure" over 10 million sold. This the last one. THANK YOU for the musical journey!"

He followed up with:

"My last album will be Executive Produced by my uncle Snoop and myself. Since he brought me in the game, its only right i involve him and end it with him."

He included several hashtags with his messages such as, "#blessed", "#retirefromtherapgamebefore30", and "#princeofhiphop".

The internet was confused by Bow Wow's proclamations because, frankly speaking, most people didn't realize he was still an active participant in "the rap game". 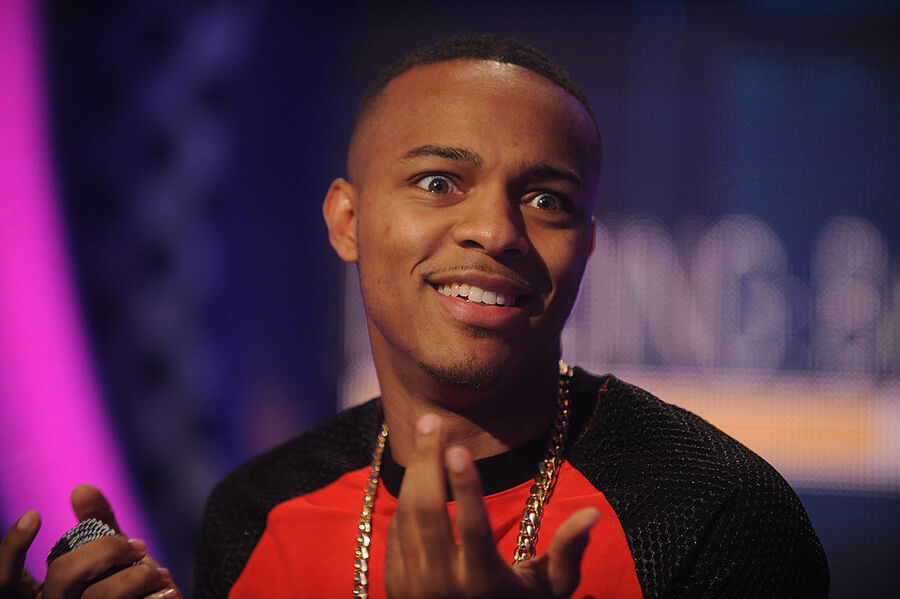 As you may recall, Bow Wow burst onto the scene in 2000 when he was just 13 years old. His first album sold 2.6 million copies. His second album, released in 2001, sold 1.1 million copies. His third album, released in 2003, sold 770,000 copies. Bow Wow will have released 7 studio albums, including this last one that is apparently forthcoming. In total he will have sold 10 million albums.

As his career cooled, Bow Wow ran into a series of financial issues that we documented at length here on CelebrityNetWorth.com. Back in 2013, Bow Wow revealed to a judge that he only had $1500 in his checking account and was therefore unable to afford his court-ordered $3000 monthly child support payments.

One year earlier, the NY Post published a "blind item" that alleged Bow Wow was forced to drive his $200,000 Bentley to his agent's office where he proceeded to beg for money because he was "dead broke". A few weeks later Bow Wow vehemently denied reports that his Bentley had been repossessed, but at the same time TMZ discovered that the rapper owed more than $91,000 to the IRS. Court documents at the time showed that Bow Wow owed $283,000 to a company that leased him a Ferrari F430 in 2008. The Ferrari was repossessed in February 2009 because the rapper stopped making payments.

Bow Wow made a mild financial recovery thanks largely to his appearance on the TV show CSI: Cyber which ran between 2014 and 2016. He also landed a hosting gig on BET. Today, we here at CNW peg his net worth at $1.5 million.

Twitter reacted very sarcastically to Bow Wow's retirement announcement. Many users posted Tweets expressing surprise that he was still rapping at all. Others expressed surprise that Bow Wow was still alive.

"Its a blessing to have made millions and can retire before 30. I mean im extremely happy"

I wonder what Bow Wow will do in retirement. Maybe he'll take up golf! Hopefully he sticks to the less-expensive public courses though.