Johnny Hallyday, born Jean-Phillippe Leo Smet, was a French rock and roll star, pop singer, and actor often called the French Elvis. He's credited with bringing rock n roll to France. During his 57-year career, Hallyday released 79 albums and sold more than 80 million records worldwide, which is good enough to be not just one of the best-selling artists in France, but also in the world. Hallyday died of lung cancer on December 6, 2017 at the age of 74. He left behind four children and his fourth wife, Laeticia Boudou, who really wants to get her hands on his estate.

Hallyday joined Instagram in 2012 and shared a charming mixture of his personal and professional lives on the social media site. Last week, Hallyday's Instagram account helped his two oldest children defeat his widow in the first stage of a legal battle over their inheritance. 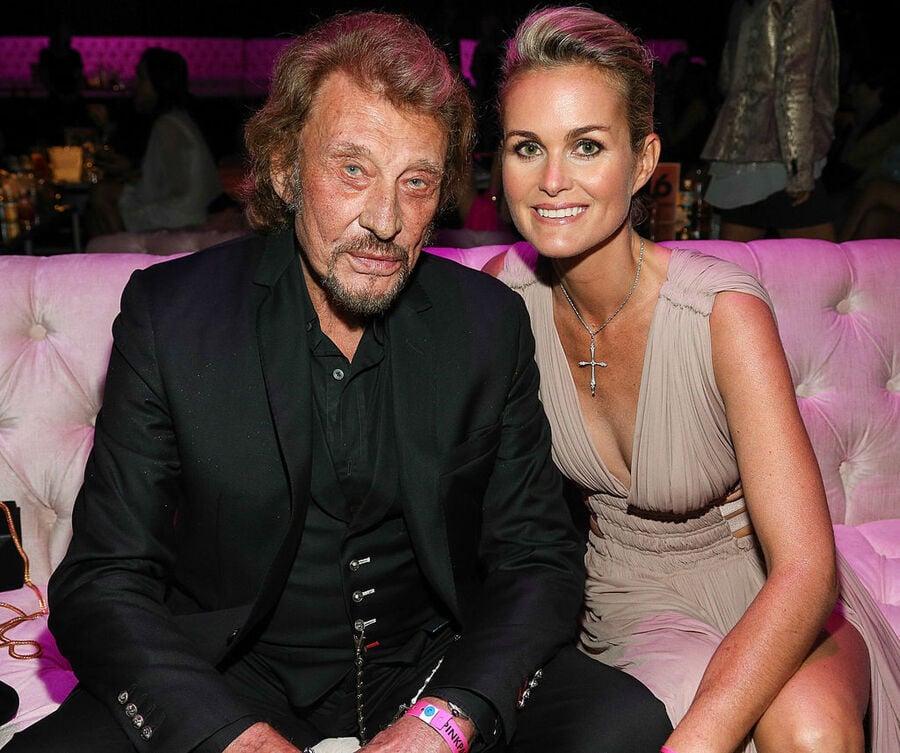 When Hallyday died, two wills were found in a safe deposit box. One of the wills, which was written in Los Angeles, made his fourth wife Laeticia the sole heir and manager of his estate – which the French media values at tens of millions of dollars. The L.A. will excluded Hallyday's two grown children David Hallyday and Laura Smet from two previous relationships. Excluding children from a will is not permitted under French law. David and Laura have been trying to prove to the court that their father lived most of the time in France, not in Los Angeles.

Laeticia told the French court that she and Hallyday had settled in Los Angeles in 2007, his two adopted daughters with Laeticia, Jade and Joy, went to school in Los Angeles, and he 'd been granted his green card in 2014.

David Hallyday countered Laeticia's claims with a chart of Johnny and Laeticia's locations from 2012 to 2017 gathered from pictures on their public Instagram accounts. The photos showed that Johnny Hallyday spent at least 151 days in France in 2015, 168 in 2016 and eight uninterrupted months in France before his death in 2017. The court sided with David and Laura.

The decision highlights the rising use of data from social media as evidence in trials. Social media posts have been used not just in cases of bullying and harassment as well as divorce and criminal proceedings.

Hallyday's estate includes the rights to over 1,000 songs as well as homes in France, on St. Bart's, and in California. He was a massive star in France and the media there is following this case closely.

Johnny and Laeticia Hallyday were married for 21 years. It was the longest of his five marriages.