Inspirational Billionaire Takes Final Step To Fulfill His Dream Of Dying Broke. Yes, Broke. This is An Amazing Story!

By Amy Lamare on October 2, 2014 in Articles › Entertainment

As far as businessmen go, Chuck Feeney is one of the best on the planet. As far as human beings go, he might be THE best on the planet. Don't believe me? Well, first off Chuck pretty much single-handedly inspired Bill Gates and Warren Buffett to launch The Giving Pledge based off his own "Giving While Living" pledge. And as of this writing, over 120 billionaires have pledged to donate approximately $125 billion dollars to charity within their life or at their death. That's a revolutionary amount of private philanthropy that will surely have an unfathomably great impact on the entire world. But even if he had never met Gates or Buffet, what Chuck has done over the last 25 years with his own impressive fortune would have been enough to earn a VIP Fast Pass to heaven. You see, after Chuck earned approximately $7.5 billion as the co-founding of Duty Free Stores, he made the certifiably insane decision to spend the rest of his life doing whatever it took to die broke and penniless. Early this week, the 83 year old FORMER billionaire got one big step closer to making his dreams of destitution to come true…

When most billionaires get interviewed in magazines and newspapers, they like to brag about using their massive wealth to buy yachts and mansions and jets. When Chuck gave a rare interview to the New York Times in 2012, he admitted that he still flies coach and only flew first class one time, on his 75th birthday when his family members insisted. And he used miles to pay for the ticket. But the craziest statement came at the very end of the interview when Chuck told the reporter: "I want the last check I write to bounce." 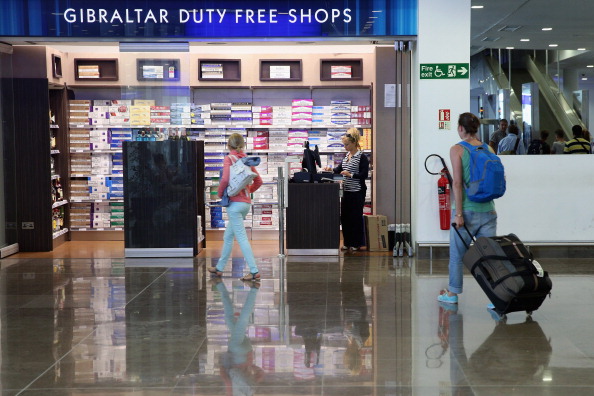 Clearly, Chuck Feeney is a rare sort of man. Unlike most self-made multi-billionaires, Chuck does not believe in endowing future generations of his family with massive trust funds that might get wasted on yachts, jets and permanent vacations. He also does not believe in creating bloated philanthropic organizations that have perpetual endowments and only give away just enough money every year to keep existing for as long as possible. Chuck firmly believes that since he made this fortune in this generation, he also has an obligation to use it to help THIS generation.

Born in New Jersey during the Great Depression to a blue-collar Irish-American couple, Feeney first showed a propensity for business at the age of 10, when he sold Christmas cards door-to-door. After serving as a radio operator in Japan for the U.S. Air Force, Feeney attended Cornell University on the G.I. Bill. In 1960, Feeney founded Duty Free Shoppers in Hong Kong with business partner Robert Miller. DFS would eventually grow into the largest duty-free retail operation in the world, earning Feeney a slot in the top 25 richest Americans by 1988. Little did the list-makers know, he'd already given away most of his personal fortune, technically disqualifying him from all "richest" lists. That's because in 1982 Feeney secretly transferred the majority of his fortune to his newly founded charity, The Atlantic Philanthropies.

When Chuck first began his philanthropic activities in the 1980s, he was obsessive about their secrecy. To avoid U.S. disclosure requirements, Feeney set the Atlantic Philanthropies up in Bermuda. Many of the foundation's benefactors had no idea where the huge sums of cash were coming from, and those that did were sworn to secrecy. And because of his Bermuda base, Feeney's donations were not eligible for tax deductions. His sister has speculated that Feeney's secrecy might have been inspired from his time as a code-breaker for the National Security Agency, where he wasn't allowed to tell anyone about his job.

He only went public about his charity in 1997, when he was sure the sale of DFS would blow his cover anyway. Still, he stayed out of the public eye as much as he could until the last decade, when he realized that his own giving might inspire other billionaires.

Giving It All Away

Over the years, some of Chuck's biggest donations include: 1) $350 million to his alma mater Cornell University to help build a high tech graduate school. 2) $270 million to UC San Francisco to help build a new medical campus. 3) Another $350 million for health and educational causes in Vietnam. 4) Outside of his grad school donation, Chuck has given an additional $700 million to Cornell's general endowment. 5) $600 million to help educate needy children in Ireland.

By October 2012, The Atlantic Philanthropies managed to giveaway $6.2 billion. The charity made it their goal to give Chuck's remaining $1.3 billion away by 2016. They accomplished a good portion of that goal roughly two years ahead of schedule because as of two weeks ago, the charity was down to its final $47.2 million.

On September 18, 2014, The Atlantic Philanthropies announced that it was donating $46 million to a charity that will promote shared education between Protestant and Catholic children in Northern Ireland. The grant will also provide support for people with dementia and their caregivers as well as improve services for parents facing difficulties. Adding a cherry on top, the Northern Irish government announced they would match Chuck's grant with an additional $60 million donation.

"These projects will have a significant impact on the quality of people's lives, now, and for years to come. The legacy will be a brighter future for the most vulnerable people in our community."

After removing $46 million from the $47.2 million trust, Chuck's net worth now stands at $1.2 million. This is the money he plans on using to live off for the rest of his life. How selfish! Just kidding 🙂

For an 83 year old man who lives in rental apartments, doesn't own a car, flies coach, and wears a $15 watch – reasoning that his Casio tells time just as well as a Rolex – making do off of $1.2 million shouldn't be a hardship.

Feeney was once quoted as saying: "I had one idea that never changed in my mind – that you should use your wealth to help people."

His money has supported projects in Northern Ireland, the Republic of Ireland, the United States, Australia, Bermuda, South Africa, Vietnam and more. The foundation's main areas of interest are health, education, reconciliation and human rights. The Atlantic Philanthropies will shut down in 2020, after all of the grants it has made are satisfied, hopefully meeting Feeney's two part goal of #1) "Bringing about lasting changes in the lives of disadvantaged and vulnerable people." And #2) Bouncing his last check.

You're an amazingly inspirational person Chuck Feeney! Here's to hoping that dream of dying broke comes true! But hopefully not for many more years.