Ivanka Trump is largely regarded as her father's secret weapon and the most marketable of his adult children. In fact, when she addressed the Republican National Convention on Thursday evening, she provided a viewpoint that had been sorely lacking from the week's festivities – that of a working mother and feminist. Ivanka is also pretty savvy, not only has the 34-year-old managed to stay above the fray at times when Donald has been at his most divisive, she has also only granted a few interviews. When she is not on the campaign trail, she's busy tending to the details of her three young children, running her father's businesses (alongside Donald Jr. and Eric Trump), and also helming her own $100 million empire. No matter what you may think of Donald and his politics, his eldest daughter is very much a modern woman.

Ivanka's retail brands are doing big business. Her clothing line, comprised of affordable, work appropriate dresses and skirts, did $100 million in sales in the past year. She has a licensing deal with G-iii, the huge apparel company that manufactures and distributes Ivanka's (and Jessica Simpson's and the Olsen twins' and Salma Hayek's) products. G-iii noted that sales of Ivanka branded merchandise are up $29.4 million from last year. 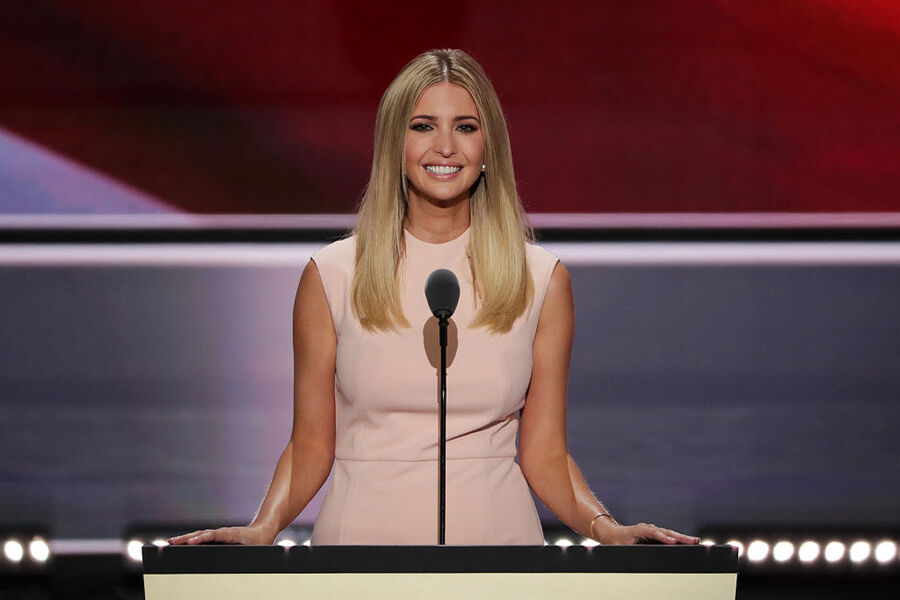 In 2012, Ivanka approached G-iii after she cut ties with her former manufacturing partner. She told G-iii she thought that the young professional woman were not being addressed in fashion and she wanted to fill that gap.

Ivanka's apparel from G-iii hit store shelves in 2014.  That was just two years ago, so to have revenues of $100 million a year already is pretty astounding. And make no mistake, Ivanka hasn't simply licensed the Trump name and walked away. She is hands on in the approval process for all items that bear her name. She is involved in all stages of the design process. Her line reflects her own tastes.

A year before her father declared his intention to run for president, Ivanka approached G-iii about moving the manufacturing of at least some of her label to the U.S. Currently, the apparel is made in China and Vietnam. This would drive the costs of manufacturing up, but would probably not drive up brand's retail prices, which currently top out $158 for a dress. The only bottom line that would take a hit is Ivanka's cut of the profits.

G-iii predicts that Ivanka will be doing $250 million in revenues very soon. This isn't her only licensing agreement. She also licenses her name to a diamond wholesaler for a jewelry line, a footwear company for a line of shoes, a leather goods manufacturer for her handbag collection, and an eyewear company for a range of glasses.

But how does she keep on top of it all while she's on the road campaigning for her father? Ivanka has a team of 12 employees dedicated to the Ivanka Trump brand. Her head of licensing was poached from Ralph Lauren.

Analysts wonder what will become of her apparel line if her father's bid for the Presidency fails. Chances are, it won't be impacted. For one thing, Ivanka has avoided commenting on the more controversial aspects of her father's platform. And besides, consumers have a short memory. Martha Stewart's business is thriving, she is as beloved as ever, and she is a convicted felon.

Of course, for some brands there is a point from which you cannot return. Macy's stopped carrying Ivanka's father's line, for instance, after some of his discriminatory remarks. Paula Deen is another example. After she used racist language in a deposition, she lost a number of lucrative partnerships as well as customers.

The difference lies in attitude. When you insult a large group of people as Donald Trump and Paula Deen have done, it can be hard to recover.

However, Ivanka has shown herself to be a fine politician – toeing the middle road and never echoing the same inflammatory statements her father makes.