By Amy Lamare on September 27, 2017 in Articles › Entertainment

Do you know what the U.S. lacks? Castles. Think about it – Europe is littered with castles. Not so much is the good old U.S. of A. However, we do have some magnificent buildings that are castle-like in their beauty and elegance. One of those buildings is the Woolworth Building in Manhattan. It is one of the earliest skyscrapers. The penthouse recently hit the market for $110 million. The lucky buyer will be able to view New York City from more than 700 feet above it.

The building is both a National Historic Landmark and a New York City landmark. Located at 233 Broadway, the skyscraper was built in the neo-Gothic style. It was commissioned by Frank Woolworth to be a 20-story, 420-foot-tall office building. The building ended up being 792 feet high, making it one of the 100 tallest buildings in the U.S. and one of the 30 tallest in New York City, even to this day. At its completion, it was the tallest building in the world. 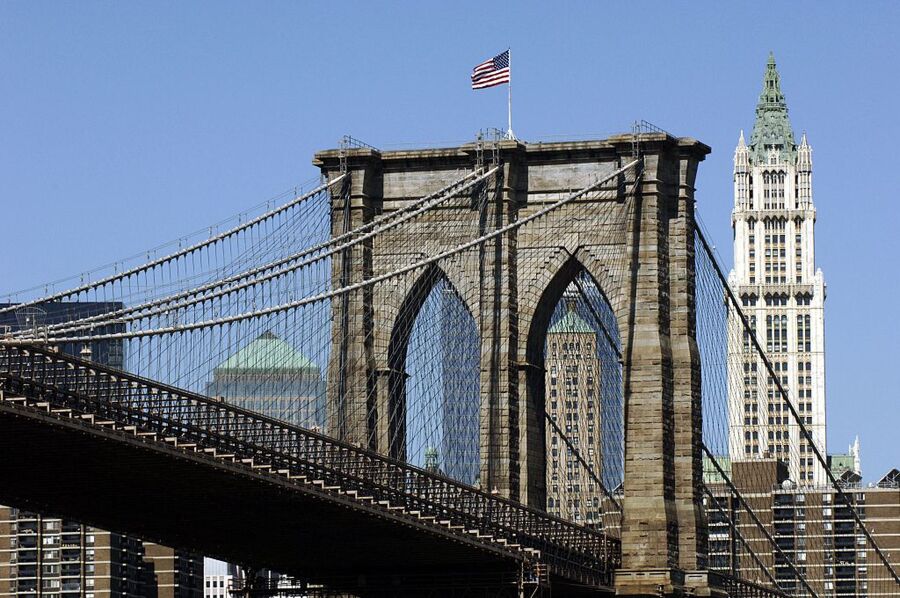 Construction on the Woolworth Building began in 1910 and was completed in 1912. The building opened on April 24, 1913. The Woolworth company owned the building for 85 years. In 1998, the company sold it for $155 million to the Witkoff Group. In 2012, an investment group led by Alchemy Properties bought the top 30 floors of the iconic skyscraper for $68 million and revealed plans to turn the space into luxury apartments and a five story penthouse at the very top of the building. Floors one through 28 are still owned by the Witkoff Group and are leased as office space.

The conversion to condos cost Alchemy partners roughly $150 million. The $110 million price tag on the building's penthouse is the highest ever price for an apartment in downtown Manhattan. The current record for a condo is a unit at the Walker Tower in Chelsea that sold for $50.9 million.

The penthouse is being called "The Pinnacle." Its lowest level is 700 feet above street level within the beautiful green, copper covered point of the building. The unit has panoramic views from the site of the former World Trade Towers to the skyline across the river in New Jersey.

The unit has 9, 710 square feet as well as a 400 square foot observatory with 360-degree views. The interior is unfinished so that the buyer can customize it to their liking. There are 24 foot ceilings, a great room that is ideal for entertaining, and a private elevator to the penthouse.

The crown of the Woolworth Building used to house the mechanical equipment for the offices below. It was challenging to convert it into residential space because the crown of the building did not have enough windows to meet New York City's minimum light and air requirements. Alchemy had to go through the arduous process of petitioning the city's Landmarks Preservation Commission to add six new windows and make existing windows larger.

There are 33 units in the Woolworth Building which began selling in 2014. The penthouse was not a part of the original offerings because it was under construction until just recently.

Residents of the iconic building have access to a spa, a fitness center, wine cellar and tasting rooms. The private basement pool that once was Frank Woolworth's has been restored for the new residents.

There is no news on how many units have already sold.