The Incredible Rise And Embarrasing Fall of Dolce & Gabbana

By Mark Kurlyandchik on November 25, 2013 in Articles › Entertainment

Few designers of recent memory have had the type of worldwide success and name recognition as Domenico Dolce and Stefano Gabbana. The pair met in 1980 while working for the same fashion house in Milan. By 1982, they were running their own designer consulting studio, which, in time, would become the world-renowned luxury Italian fashion brand, Dolce & Gabbana. In 1985 they presented their first collection of women's fashions in Milan, where a year later they opened their flagship store. This upward trajectory would continue for decades, only to come to a screeching halt in 2013. Today, the influential designers are each facing up to 20 months in prison on some very eyebrow raising tax allegations. 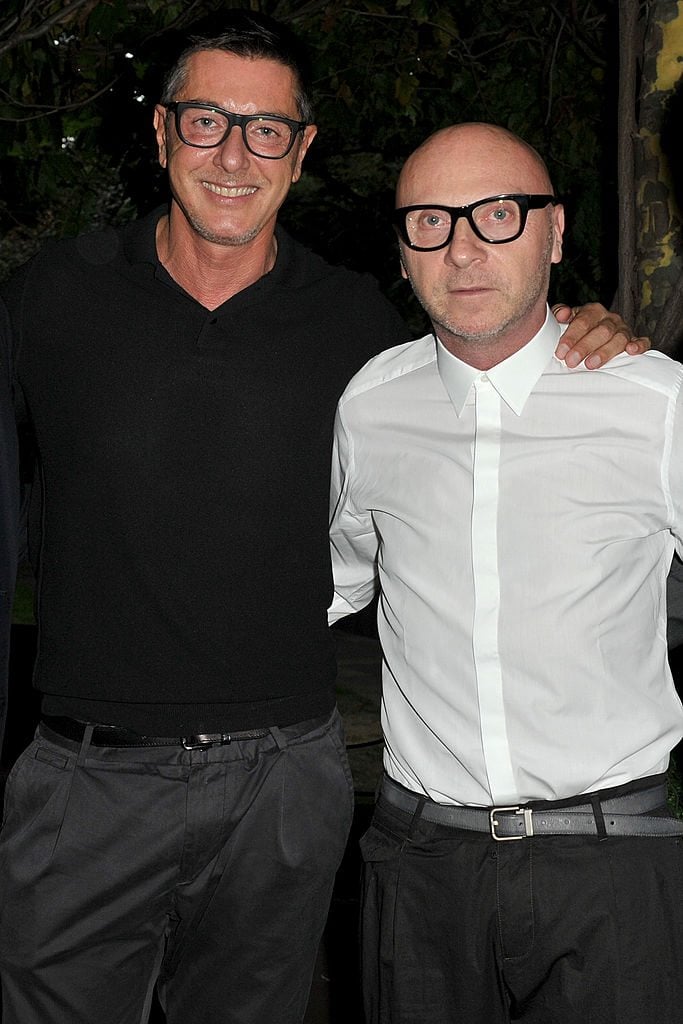 The "D" in Dolce & Gabbana stands for Domenico Dolce, who was born on August 13, 1958, in Polizzi Generosa, Sicily. His love of fashion began at just 6 years old, when he started designing and tailoring his own clothing. The "G" stands for Stefano Gabbana, born on November 14, 1962, in Venice, Italy. Gabbana has admitted to having no initial desire to enter the fashion industry, but studied graphic design instead. The two first spoke over the phone, when Dolce called to inquire about a job opportunity at the fashion house where Gabbana was working at the time. After Dolce was hired by the firm, Gabbana acted as a mentor to his future business and life partner, teaching him the inner workings of a fashion house. In 1982, the pair would team up to start their designer consulting firm.

In October 1985, Dolce & Gabbana showed their first collection at Milan Fashion Week alongside five other Italian labels. This first collection was appropriately labeled Real Women, in part because, with no money in their tight budget for models or accessories, the couple enlisted friends to walk the runway in their own personal accent pieces. A bedsheet from the designers' home served as their stage curtain. After disappointing sales of the first collection, Gabbana decided to cancel the fabric order he had placed to begin the second collection with. However, after going home to Sicily for Christmas, Dolce's family offered to help pay for the fabric. The cancellation didn't reach the fabric company in time, so the duo was back in business upon their return to Milan. Their second collection debuted in 1986, and their third followed in 1992.

It wasn't until their fourth collection that the brand began to attract attention and make a significant impact in the fashion industry. Drawing inspiration from his Sicilian roots, Dolce let Italian cinema influence his design and the set locations for the advertising campaigns. "The Sicilian Dress," as coined by the fashion press, was a piece from this collection that was named "one of the most important dresses ever designed" by author Hal Rubenstein.

Fast forward to present day. After winning countless awards, maintaining a star-studded clientele, launching new lines, fragrances, and cosmetics, the duo is sitting on top of a $5.3 billion brand. But even billions of dollars may not help them to avoid jail time. In May 2009, Dolce & Gabbana were charged with tax evasion by the Italian government. It all began with the transfer of control of the label in 2004 to Gado, a holding company based in Luxembourg set up by D&G, which is suspected to have been used primarily as a tax shelter. On June 19, 2013, Italian judge, Antonella Brambilla, found Dolce and Gabbana guilty of failing to declare $1.3 billion of income after the sale to Gado. While they most likely won't have to serve their sentences in jail because Italian law grants sentences for less than three years to be served with community service or house arrest, Dolce and Gabbana have acknowledged that they may have to consider closing their business if they have to pay back the $455 million in taxes that they owe.

"We are not going to give in to being crucified like thieves, because we are not," Gabbana told The Telegraph. "We are good people, we live in Italy, we pay taxes in Italy, we don't pretend to live abroad." As an act of protest, the pair closed their Milan stores, restaurants, and bars for three days. For now, it looks like we won't be seeing orange jumpsuits on the runway at D&G shows anytime soon.