This Incredible Man Is On A Mission To Donate A Billion Dollars To Charity Before He Dies (And He's Getting Close!)

By Brian Warner on January 5, 2015 in Articles › Entertainment

An uber-wealthy Bay Area business tycoon named Lorry Lokey just sold his fancy San Francisco condo for $6 million. Lokey bought the 2-bedroom condo in 2006 for $4.6 million, so he stands to make a nice little $1.4 million profit. Big whoop. Just another story of the rich getting richer. Right? How is this news?? Well, as you're about to see, Lorry Lokey is pretty much the exact opposite of your average uber-wealthy business tycoon. Case and point: Lorry is actually donating 100% of the condo sale revenues to charity. Not just the profits, the entire $6 million. Why would he do that? Because the 87 year old is currently on a mission to donate $1 billion to charity before he dies…

Lorry Lokey was born into a Jewish family in Portland, Oregon on March 27, 1927. After high school he joined the US Army and was soon sent off to fight in World War II. Lokey spent part of his time in the Army working as an editor for the coalition newspaper Pacific Stars & Stripes. After the war, Lorry attended Stanford where he worked as an editor for the Stanford Daily student newspaper. He eventually graduated with a degree in journalism. After Stanford, Lorry worked as an editor and in public relations at a handful or regional newspapers and press agencies. 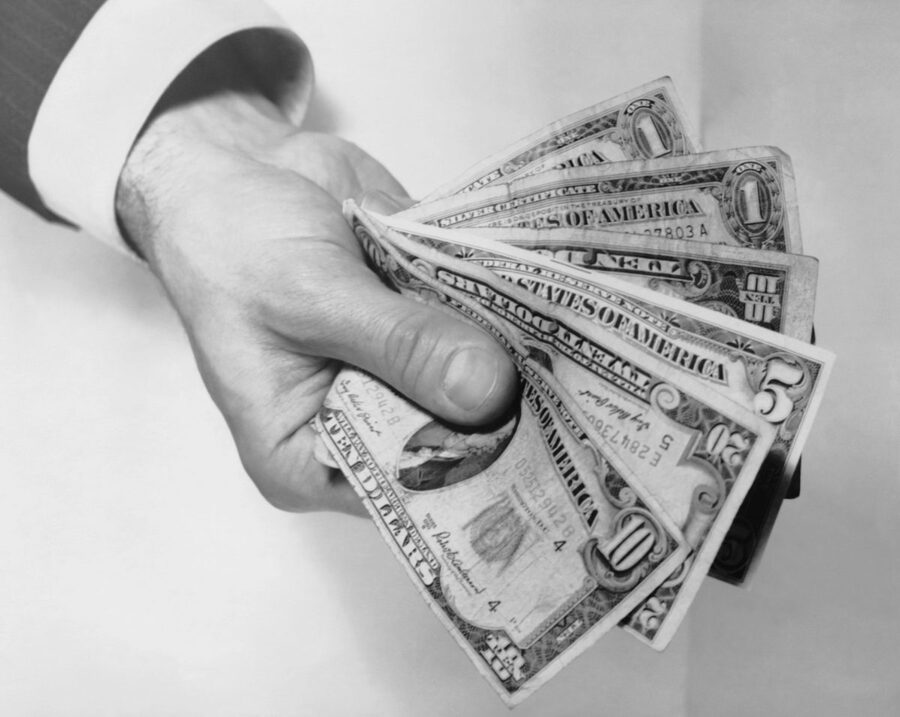 All this editorial work led Lorry to launch his own news release company in 1961. He called the company Business Wire. By the end of his first day of business, he had seven paying clients. San Francisco-based Business Wire eventually grew into one of the largest news services in the world. The company specialized in disseminating press releases, financial announcements, investor information and much more to thousands of outlets and millions of consumers worldwide.

Over the decades, Business Wire grew at a furious pace. Today the company provides much of the syndicated financial and business news you might read on a site like Yahoo, Bloomberg or CNBC.

By 2003, Business Wire (which was wholly owned by Lorry Lokey), had grown to have 30 offices around the world, 450 employees and over $100 million in annual revenue.

In 2006, Lorry sold Business Wire to his good friend Warren Buffett for $600 million. When combined with the wealth he had already accumulated prior to the sale, Lokey was left with a net worth of approximately $700 million after taxes.

Lokey had been making large donations to charity dating back to the early 90s, but after the Berkshire Hathaway sale, he had a much larger war chest. And where he previously might have donated 10% or maybe 20% of his wealth to charity every year, now he intended to give it all away. Lorry Lokey decided to make it his mission to give one billion dollars to charity in his lifetime. And he did not waste any time with the gifts.

The Berkshire Hathaway deal officially closed in March 2006. By the end of 2007, Lorry had already given away over $400 million. 98% of his donations went to fund various high schools and universities including Stanford, Santa Clara University, the University of Oregon and Portland State University.

To date, Lorry has given a total of $140 million to the University of Oregon in a handful of donations. His $74.5 million donation stands as the school's second largest individual donation of all time, second only to the $100 million given by Nike founder Phil Knight. Lokey's donation is the largest educational donation the school has ever received. As you might imagine, Phil's donation went to the school's athletic department. With the money, Oregon built the Lorry I. Lokey Science Advancement and Graduate Education Initiative.

As a member of the Jewish faith, Lokey has made extremely generous donations to schools throughout Israel. But he has also given away more than $80 million to various Catholic schools and charities.

Lokey was so ahead of the curve with his "give it all away" philosophy that when Warren called him in 2010 to pitch him on joining his Giving Pledge, it was too late! Lokey was already actively giving away his entire fortune!!

"I hope to make it a billion before I kick the bucket."

By his own estimation, Lokey hopes to make another $300 million off his remaining investments. If successful, that will officially put him over the billion dollar donation mark. A truly remarkable feat. It might take a few years, but the 87 year old is confident he has a good amount of time left. After all, his mother lived till she was 99 and his grandmother lived till 100.

Like Duty Free billionaire Chuck Feeney, Lorry Lokey hopes to die broke. He long ago set aside a reasonable amount of money for his children and partner of over 20 years.

When asked where his philanthropic tendencies come from, Lorry points to his parents. Lorry's parents barely scraped together a combined $2200 a year to support the family during the great depression. Yet even through all the tough times, the family somehow found a way to donate 10% of their income to charity. In his own words:

"My folks did it when they couldn't afford it. I learned from that. [So] I have always given. Once I got established after school, I was giving pretty close to 10 percent per year. When I gave it away back then it hurt. I felt it. I don't feel it now because I have it. Now 10% isn't enough. But I have developed a tremendous respect for the middle-class group of people who scrape together a few thousand dollars a year to give away."

"If I can't take it with me, then why not leave it here and enjoy the results?"

"I have bought myself more happiness in the past 20 years doing this than I ever could've if I had instead spent my money on a boat or jet plane or country club membership. I refused to do any of those things."

What an amazing guy, right? Someday, I also hope to donate a billion dollars to charity. But, if you don't mind, I'll still might squirrel away a $100 million or so for planes, boats and mansions 🙂