The Incredible Life And Career Of Billionaire Mayor Michael Bloomberg

By Mark Kurlyandchik on December 22, 2013 in Articles › Entertainment

On December 31st 2013, Michael Bloomberg will step down from his post as Mayor of New York City. Bloomberg was originally elected in November 2001, less than a month after the tragedy of 9/11. He went on to server the maximum of three Mayoral terms and will be succeeded by Bill de Blasio. But just because his Mayoral term is ending, doesn't mean Bloomberg will simply fade from public view. Nor will he have trouble keeping busy. Because, as you may know, in addition to being the 108th mayor of New York City, Michael Bloomberg is also a one of the most successful entrepreneurs on the planet and a generous philanthropist. As of December 2013, Bloomberg is the 17th wealthiest person in the world with a net worth of $31 billion. This is his impressive life story.

Born at St. Elizabeth's Hospital in Boston Hospital on Valentine's Day in 1942, Michael Bloomberg grew up in a Jewish family in a suburb of Boston. He was raised by his father, William Henry Bloomberg, a real estate agent, and his mother, Charlotte Rubens Bloomberg. He attended John Hopkins University, graduating in 1964 with a Bachelor of Science in electrical engineering, where he would later serve on the board of trustees as chairman. In 1966 he received his MBA from Harvard.

Bloomberg began his career as a partner at Salomon Brothers, a Wall Street brokerage firm. When firm let him go in 1981, they left him with a sizable severance package worth $10 million. Bloomberg used the money to form his own company, Innovative Market Systems., a financial software company that used a computer system he created called the Bloomberg Terminal.The Bloomberg Terminal is a physical console, similar in size to a desktop computer, that enables financial companies to view and analyze financial data in real-time in order to place trades from any location in the world. In 1986, the company was renamed Bloomberg L.P. Michael would go on to serve as the company's CEO and Chairman for 20 years. The company experienced great success quickly and branched out into the media industry with nearly 200 offices worldwide today. 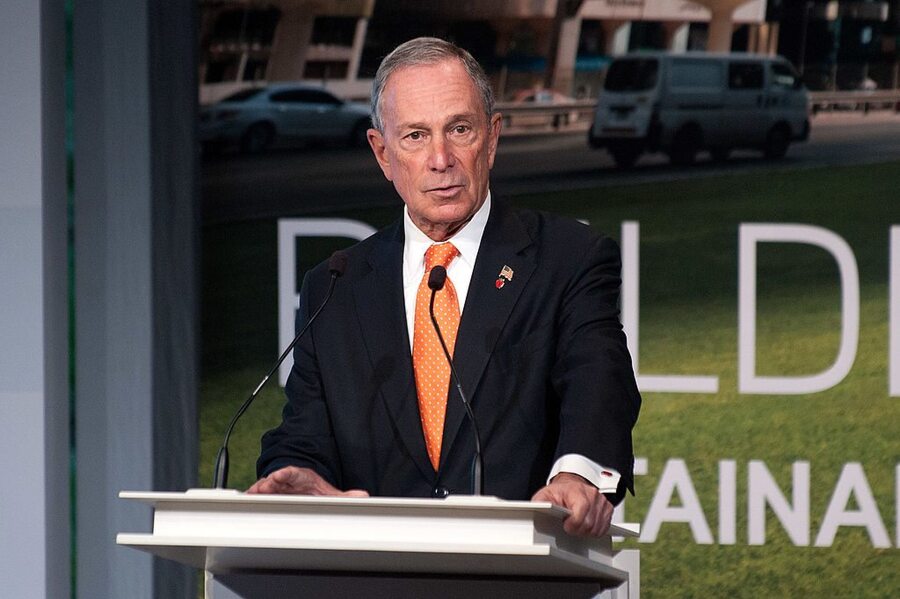 Bloomberg eventually gave up his position as CEO of Bloomberg L.L.P in order to run for Mayor of New York City. Although he was a Democrat before he ran for office, Bloomberg switched his party registration just before the 2001 election. Criticized for spending an unprecedented $74 million of his own money for his campaign, the bulk of which was used for television ads and direct mail, Bloomberg defeated his opponent, Mark Green, in one of the closest elections in New York City's history. In the 2005 elections, Bloomberg was re-elected for mayor by a wide margin of 20 percent, exceeding his previous term's campaign spending by $11 million. During his time in office, Michael Bloomberg spent $268 million of his own money on re-election campaigns. He also spent $890,000 to provide free breakfast and lunch every day for his entire staff during his three terms. Outside of the mayoral office, Bloomberg donated $30 million to the New York Metropolitan Museum of Art to help fund audio tours in dozens of languages, another $30 million to assist impoverished and Latino black men and $7 million to promote gun control. As mayor he was entitled to $2.7 million in salary over three terms but instead opted to earn just $1 per year.

In 2008, Bloomberg announced that he intended to seek extension of New York City's term limits law, in order to run for a third term in 2009. He argued that his leadership was necessary during the Wall Street financial crisis. On October 23, 2008, his wishes were granted, with the City Council voting 29-22 in favor of the extended term limit of three consecutive four-year terms. Of course Bloomberg's bid for a third term incited controversy, but that didn't stop him from defeating his opponent, Bill Thompson, 50.6 percent to 46.0 percent. 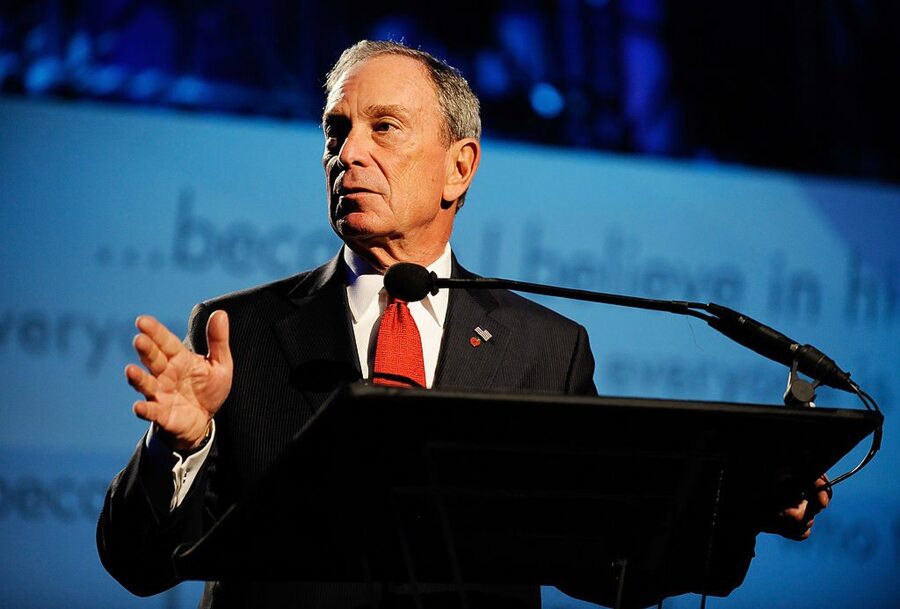 Considered to be socially liberal, Bloomberg supports gay marriage, believing that the government should not be able to tell a person who they should or shouldn't marry. He supports abortion rights, stating that "Reproductive choice is a fundamental human right and we can never take it for granted." And he is a strong advocate for gun control. In the 2008 State of the City Address, he cited illegal guns as the number one threat to public safety in New York City. However, he tends to be conservative regarding economics, government involvement, and drug laws, opposing the decriminalization of marijuana. In 2010, he was elected chair of an organization called the C40 Climate Leadership Group, which banded together in order to locally reduce greenhouse gas emissions to fight climate change on a global level.

A $5 donation was all Bloomberg could afford to send to his alma mater, John's Hopkins University, after graduating in 1964. Fast forward a few decades and Michael's philanthropic efforts have increased SLIGHTLY. Crediting his parents and his time spent as an Eagle Scout, he created Bloomberg Philanthropies in 2006 as an effort to focus resources in five areas: public health, the environment, the arts, education, and government innovation. In 2012 alone, the foundation donated $370 million, and Bloomberg, to date, has donated $2.4 billion to a variety of charities. In January 2013, John Hopkins received a $350 million gift from Bloomberg and announced that the mayor's total givings have surpassed $1 billion, making him the most generous donor to an educational institution alive today. Quite an improvement from the $5 check they received 48 years earlier.

What does the future hold for Michael Bloomberg? Will he continue focusing on philanthropy? Will he run for President? Will just relax on a non-smoking beach somewhere with a small can of soda? Only time will tell!