In 2001, The President Of Sega Did Something Completely Unimaginable To Save The Company From Bankruptcy

For anyone who plays video games, the name Sega, is synonymous with such hugely successful titles as "Sonic the Hedgehog," "Yakuza," "Virtua Fighter," and "Total War." With its roster of popular games, and its worldwide domination as an arcade producer, you would think that Sega would be immune to money problems, but you'd be wrong. It wasn't that long ago that the Sega Corporation was on the brink of bankruptcy. Its various headquarters around the world were on the verge of being shut down, and thousands of people were going to lose their jobs. Then the company received a $695.7 million bailout from a rather unlikely source. Here's the story of how Sega rose from the ashes, and the rather sad tale of exactly where all that money came from.

Though Sega is thought of as a Japanese company, it actually began as a small business called, Service Games, in Honolulu, Hawaii. Launched in 1940, Raymond Lemaire and Richard Stewart, the founders of Service Games, chose to move the company to Japan in 1951. The company was devoted to manufacturing and distributing jukeboxes, slot machines, and games. The company did the majority of its business with American military bases in Japan. A few years later, a similar company was founded by David Rosen, an officer in the Air Force. His company, Rosen Enterprises, grew in leaps and bounds during the late 1950s, and eventually, he brokered a merger between Rosen and Service Games. The new company became known as Sega, a title derived from the first two letters of "service" and "games". 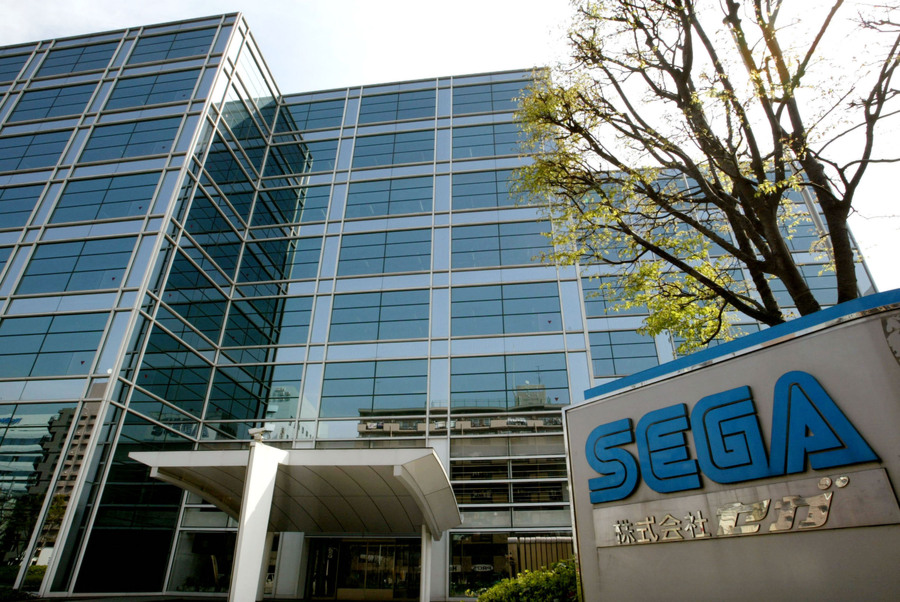 Over the course of the next decade, the company grew exponentially. Rosen served as chairman through many of the early years. Sega was purchased by Paramount Pictures, but by the early 70s, Paramount recognized that the company could stand on its own. They made it a subsidiary, and took it public. By 1979, riding the arcade boom, Sega had annual revenues of $100 million or more. By 1982, that revenue had more than doubled to $214 million. However, the number of video games saturating the market at this point caused the bottom to fall out from under the gaming industry. Sega took a hit and was forced to sell their U.S. assets to pinball manufacturer, Bally Manufacturing. A group of investors then purchased the Japanese rights for $38 million. Restructuring wasn't quite done yet, however. Just two years later, in 1984, Isao Okawa, the chairman and founder of CSK, purchased Sega, moved the company's main operations to Japan, and began trading shares on the Tokyo Stock Exchange. By the late 80s, Sega had won back some of its prominence in the gaming world, due to the Sega Master System and their popular "Alex Kidd" game series. While Nintendo began to dominate the U.S. market, Sega carried Europe, Brazil, Australia, and New Zealand.

Then things started to go downhill. The late 80s and early 90s found Sega in a hardcore war for gaming domination with Nintendo. One of their campaigns for their Genesis console even sported the slogan, "Genesis does what Nintendon't." The Genesis console was successful initially, grabbing 65% of the market, but then it started to fall off. The mid-90s saw Sega releasing the Mega Drive for more advanced systems, but software glitches made it too hard to use. Adding to Sega's mounting headaches was the loss of a lawsuit that changed the gaming industry. Sega had always locked other game companies out of using their Mega Drive, unless a fee was paid. The hardware rejected any cartridge without a Sega trademark. A company called Accolade, copied a small amount of code, so that their games would work in Sega machines. In the case of Sega v. Accolade, the verdict was that "copyrights do not extend to non-expressive content in software for which a system is required to run the software." Sega then released the Sega Saturn in 1995. It predated the Nintendo 64 and the Sony PlayStation, but seemed to be a little too ahead of its time. It flopped dismally, mostly due to its top-shelf price and the lack of a "name" game to be played on the system.

In 1998, Sega attempted to rally again with the Dreamcast. Launched in Japan only, as competition for the PS2, the Dreamcast fizzled almost immediately. In 1999, they released the console in North America, this time with a lot of fanfare, and games designed especially for the system. It became the "most successful hardware launch in history" with 500,000 units sold in just seven days. Then the PlayStation 2 launched and the Dreamcast took a major nosedive. Even its series of award-winning, groundbreaking games couldn't save it.

In 1999, Isao Okawa, the President of Sega, announced that the company would be shifting its focus from hardware to software in the future. The story caused seismic rumbles throughout the gaming industry, and was initially denied by various higher ups at Sega. Eventually, Sega published that they were indeed shifting to software development and would cease hardware production. The transition was a rocky one. By 2001, Sega had finished the last four years with net losses. The company was facing bankruptcy.

In an attempt to save his floundering company, Isao Okawa gave back his entire stake in Sega, CSK, Ascii, and NextCom, all of the firms that formed the Sega Corporation. His "donation" of $695.7 million calmed worried investors, kept the company afloat as it made its transition to a software focus, and ensured that massive layoffs would be unnecessary. He then passed away, almost immediately, of heart failure. He is considered the savior of Sega. The company went on to completely resurge, dominating network-enabled trading card games and satellite game machines. They have also found success in arcade games, and of course, their various software titles, including the "Ryu Ga Gotoku" series, the "Phantasy Star" series, as well as the still popular, "Sonic" series. Now, with a company worth of nearly $6 billion, it's safe to say that the Sega Corporation has bounced back in a big way. All due to one man's generosity.