By Brian Warner on July 12, 2021 in Articles › Entertainment

Back in 1998 however, an opportunity very literally knocked on the front door of a home in Palo Alto, California. The owner of the home was a Stanford University computer science professor. The people knocking were two Stanford PhD students. The opportunity was to be the first money invested in a startup company. A startup company that wanted to create an internet search engine. A search engine that would eventually be called…

This is the true story of how when opportunity came knocking on David Cheriton's front door in 1998, he answered… and became the wealthiest college professor in history. 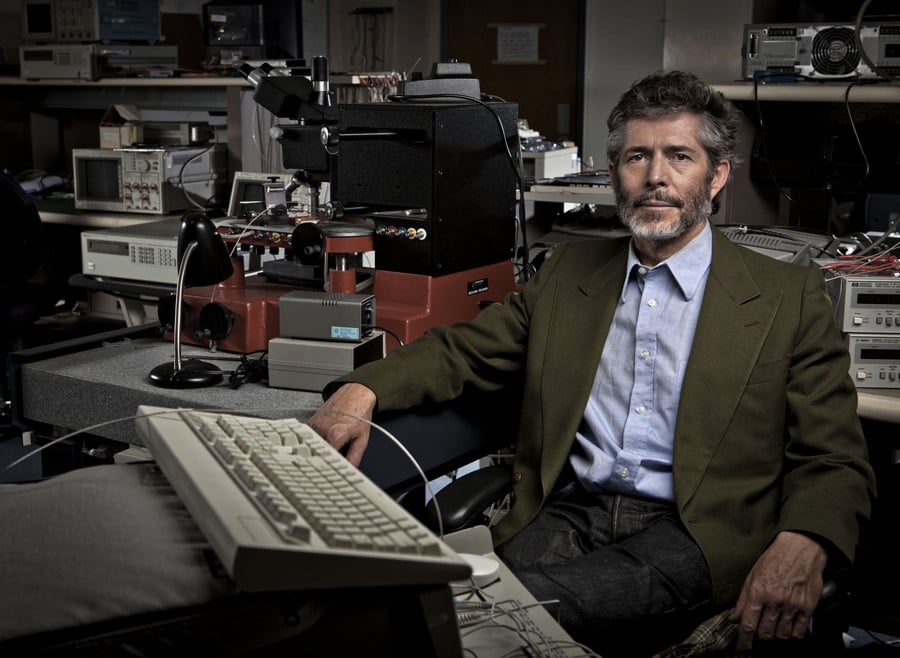 David Ross Cheriton was born on March 29, 1951 in Vancouver, British Columbia. Both of his parents were engineers.

Despite what you may assume considering his parents and his eventual dedication to technology and computer science, David originally wanted to be a musician. He went so far as to enroll at the University of Alberta where he hoped to study classical guitar. Those hopes were dashed when David was rejected by the music department.

David packed his bags, moved home to Vancouver and enrolled at the University of British Columbia. The year was 1973. He was 22.

In undergrad David fell in love with a different kind of instrument: Computers. He fell so much in love that he earned a PhD in Computer Science at the University of Waterloo, graduating in 1978.

With his Master's degree in hand, David again returned to Vancouver where he got a job as an assistant professor.

After three years teaching at the University of British Columbia, David was hired away by Stanford University.

#1: David led a team that developed a microkernal operating system called "V" that would go on to become integral in innovations like the Internet Protocol layer and the Graphical User Interface (technical things that are integral in modern internet and computer screens).

Andy was an interesting character on the Stanford campus in the 1980s. The German-born savant barely attended classes, instead spending his time working on personal projects and interests.

One of Andy's hobby projects was a networked system of computer workstations he called "the Stanford University Network," aka "the SUN."

In 1982 Andy dropped out of his PhD program and founded a company. He called it Sun Microsystems.

A little over a year after its founding, Granite Systems was acquired by Cisco for $220 million.

David Cheriton, the modest Stanford professor who had never earned more than $100,000 a year previously, owned 10%. That translated into a $22 million pre-tax payday.

Being one year ahead of Brin, Page was already on the hunt for a juicy dissertation topic when the two first met. And since it was the late 1990s, the burgeoning World Wide Web was of particular interest for Page and the entire Stanford PhD Computer Science department.

What younger CelebrityNetWorth readers may not know is that search engines before Google were awful. AltaVista, Lycos, Excite, Dogpile and the rest, were mostly filled with spam. You would search for something like "Ferrari F50 photo" and the first page would be mostly NSFW spam websites and or scams.

Larry Page wanted to solve that problem. More specifically, he wanted to find a better way to search (technically speaking, "index") the millions of pages on the internet and return a page of quality results.

And Larry did have a unique revelation. At the time and still to this day, the quality of a PhD thesis is judged by how many times it is cited in the reference sections of other papers.

Larry thought a similar idea might work on the internet. He thought a website's quality could be judged by how many links it received from other websites. Literally links like this within page text that point to other websites. This is actually still a core pillar in ranking highly in Google.

Larry asked Sergey to help work on the project which they was soon nicknamed "Backrub." They ultimately developed an algorithm to judge web quality which they called "PageRank" – which is both a play on the "page" of the internet and Larry's last name.

Their co-written dissertation, which was titled "The Anatomy of a Large-Scale Hypertextual Web Search Engine", became the most downloaded scientific document in the history of the internet up to that point.

At some point Larry and Sergey decided it was time to turn their PhD project into a startup business. At first their goal was to simply license the algorithm to the big search engines of the time, but they were rejected by each one. So they then decided to build their own search engine altogether. That would take money.

Interestingly, neither Larry, nor Sergey actually every studied under David Cheriton. But they were well-aware of the professor's recent financial windfall from Granite.

Larry and Sergey pitched their idea for a search engine they wanted to call "Googol." The word "Googol" is not made up gibberish. It's an actual mathematical number equal to "ten to the power of 100″… AKA:

As you know, they eventually pivoted to the slightly more friendly-sounding "Google."

David and Andy didn't stop investing after their super-grand-slam with Google. David would eventually invest more than $50 million of his own funds into dozens of startups.

David (without Andy) was an early investor in VMware, which would later be acquired for $625 million.

In 2001, David and Andy founded a video steaming company called Kealia which was acquired by Sun Microsystems for $120 million.

In 2004, David and Andy co-founded the networking technology company, Arista Networks. Arista went public in 2014 under the ticker symbol "ANET." Today Arista has a market cap of $30 billion.

According to its latest SEC filings, David owns around $2.4 billion worth of ANET shares and has sold around $500 million worth of his shares over the years.

The Richest Professor in History

I don't need to explain what happened next with Google. Let me just say that today Google has a market cap of $1.7 trillion.

Larry Page's $114 billion net worth makes him the sixth-richest person in the world today.

Sergey Brin's $110 billion net worth makes him the seventh-richest person in the world.

And what about David Cheriton?

As of this writing, David Cheriton has a net worth of…

That's enough to make David one of 250 richest people on the planet. He's the richest college professor of all time. And YES he's still a Stanford professor! Technically, a professor emeritus, but he still has his same office (pictured in the photo above), a campus phone number, an active @Stanford.edu email address and a full-time campus secretary.

If you were to see David on campus, you might notice he still drives a modest car, a 2012 Honda Odyssey. That's actually a slight upgrade from the 1986 Volkswagen Vanagon he drove for decades.

David still lives in the same Palo Alto house he bought 40 years ago.