Wall Street investment bankers, traders, and hedge fund managers make a ton of money. In fact, it is often called "F—you money." As in, f— you, I work hard so yes I am going to drop $10,000 at the strip club tonight. (Actually it was more than that, but we will get to that in a bit.) F— you money is when you have so much money that the cost of pretty much anything isn't a consideration. You can do what you want, go where you want, buy what you want and it doesn't make a dent in your net worth. Must be nice, eh? Let's take a look at some of the extravagant ways Wall Street's wealthiest spend their money.

Let's start with lunch. If you're a wealthy hedge fund type craving a burger, you might head over to Serendipity 3 for their Japanese Wagyu beef infused with 10-herb white truffle butter burger. You have to be in the know and call in advance for this $300 hamburger, as it isn't on the restaurant's regular menu.

Maybe you're in the mood for caviar instead. Head over to Russ & Daughters. That's the spot one portfolio manager prefers. In fact, he likes it so much that he goes once a month and spends $1,000 on caviar. That's $12,000 a year for 12 meals. 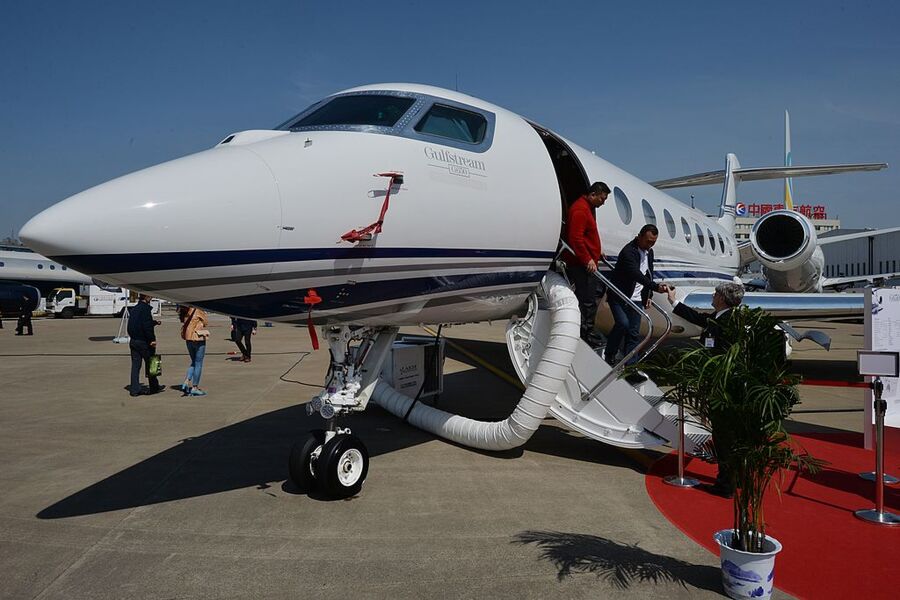 You can't expect a rich Wall Street type to go to the bathroom like the rest of us. Some hedge fund managers opt for the $10,000 Toto Toilet for its heated seat, deodorizer, and warm water sprays.

When it comes to birthday parties for their kids, Wall Street goes all out, spending $15,000-$25,000. For one 10-year-old's party, Dad had their backyard turned into an ice rink and hired professional skaters to come in and teach the kids.

The next two high-priced indulgences of the Wall Street set read like urban legends, but we've been assured they are legit. One guy spent $44,000 on one night at a strip club. We're not sure what $44,000 gets you, but we're also not sure we want to know. Then there's the $100,000 Sin Tax. One Wall Street trader wrote his girlfriend a check for $100,000, which she was to cash if he was caught staying out late, using drugs, or hanging out with strippers and prostitutes. The girlfriend cashed the check in 2005 after the boyfriend went to a strip club and failed a drug test. He took her to court – he didn't think what he'd done was all that bad – the court sided with the girlfriend.

When it comes to getting married, Wall Street types don't spare any expense. They book a fancy spot to get married that runs $80,000 for just under 200 guests. The engagement rings,  $30,000 with the band costing $25,000. The photographer, videographer, and wedding planner cost another $25,000. And then there's the $10,000 wedding gown, ensuring the happy couple have a picture perfect day for the sum of $250,000. By the way, that is the rumored price tag for Pippa Middleton and her fiancé James Matthews' upcoming wedding. Matthews is a hedge fund manager.

Well, I guess if you've got it, spend it!