Imagine Making $400 Million Off A Five Word Catchphrase… That's What Michael Buffer Did.

"Let's Get Ready to Ruuuuuuuuummmmmmmble!" Even if you've never watched a single round of professional boxing, I guarantee everyone reading this article has heard this catch phrase and can instantly name the man who made it famous: Michael Buffer. That famous catch phrase has turned Michael Buffer into a bonafide world-famous cultural icon. It's even landed the former aspiring actor/model, in everything from "Rocky", to "Love & Other Drugs" and even "South Park". No significant boxing match can be held without "LGRTR!" kicking off the main event. And for his services, Michael is paid well. VERY WELL. Depending on the match, Michael earns $25-$100,000 every time he steps in a ring. Without having to throw a punch! But to Michael, a $100 thousand dollar payday is chump change. Thanks to a very simple and very shrewd business move, Michael Buffer is not just wealthy, but extraordinarily wealthy. How wealthy are we talking? Let's put it this way: If Michael Buffer and Floyd Mayweather compared checking accounts, Floyd would probably pass out in shame. This is how it all came to be… 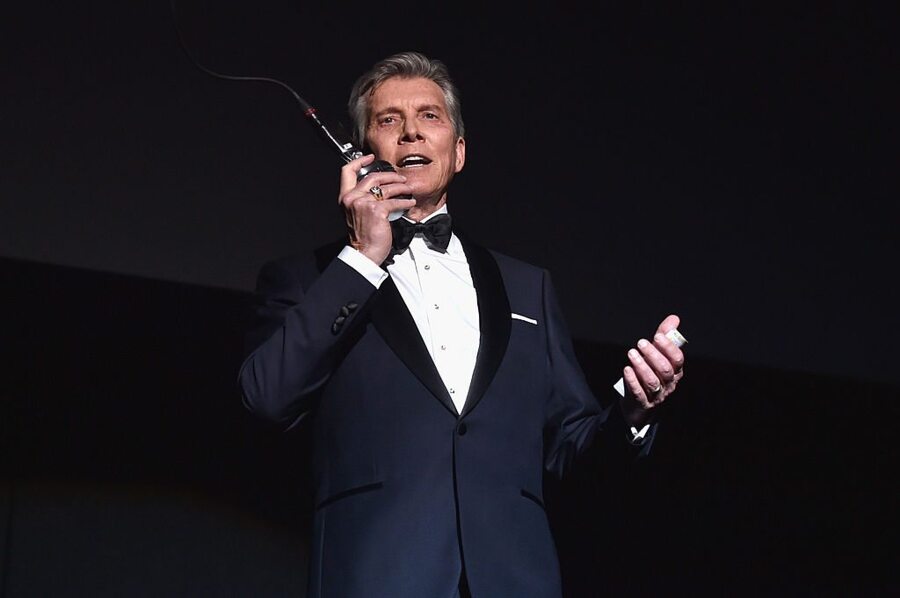 Michael Buffer has not always been wealthy. He was born in Philadelphia on November 2, 1944, to an enlisted Navy man during the waning days of World War II. When Michael was 11 months old, his parents divorced and he was sent to live with foster parents in the Philly suburbs. At 20, Buffer enlisted in the Army during the Vietnam War and served for three years. Over the next 15 years Michael floated from job to job while unsuccessfully trying to launch an acting and modeling career.

Before turning 38, Michael had never set foot in a boxing ring. He was a fan of boxing and would watch all the big the matches at home on TV, but he had absolutely no connection to the sport and no clue how to break into the world of announcing. The one thing Michael did know, was that the way announcing was being done at the time —with no dramatic effect – was prime for improvement. So Michael made a decision. He "enhanced" his resume to show that he had plenty of announcing experience and landed his first gig in 1982. Michael's good looks and showmanship, even before coming up with the famous catchphrase, made him a hit with boxing audiences. Within a year, he was announcing every single boxing match promoted by Bob Arum's Top Rank on ESPN. That gave Michael a national audience at a time when ring announcers were anonymous locally hired talent.

Being a popular announcer was great, but Michael couldn't shake the feeling that he was missing something special. Something that would set him apart from all the other nameless announcers and would simultaneously get the whole arena totally amped up. Michael soon concluded that he needed to come up with a saying. A catch phrase. A slogan. A quote. A tag line… Something he, and only he, would proclaim right before the main event.

At first Michael tried "Man your battle stations!" Then he used "Fasten your seatbelts!" Neither really resonated with the crowd. Then one day Michael remembered a famous Muhammad Ali phrase: "I'm so pretty, I'm ready to rumble. Rumble, young man, rumble". Michael combined the phrase with another famous phrase from New York sports announcer Sal Machiano: "We're ready to rumble from Resorts International". Buffer felt he was onto something special. He rolled it around his mind for a bit and finally settled on "Let's get ready to rumble!" 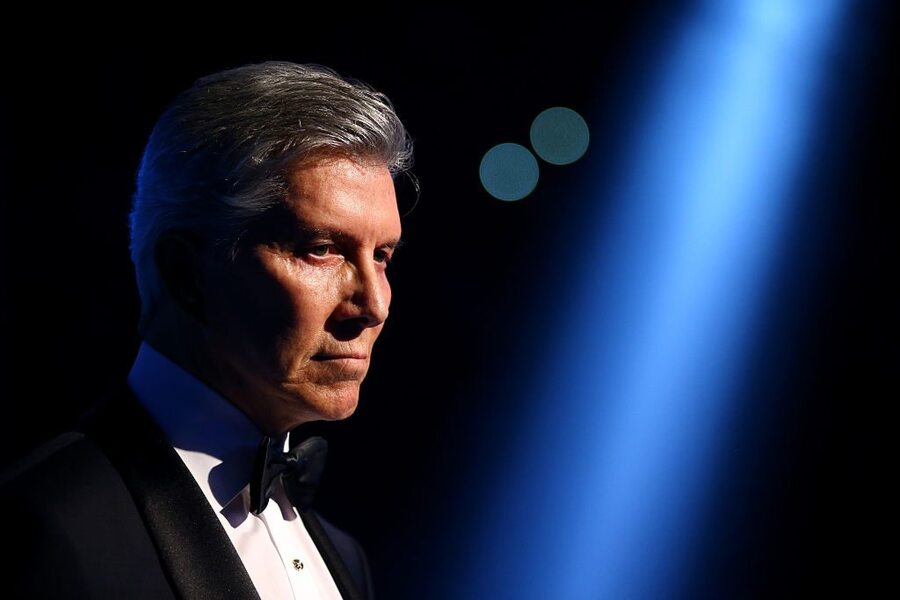 Michael was the exclusive ring announcer for all boxing matches in casinos owned by Donald Trump throughout the late 1980s and early 90s. Thanks largely to Mike Tyson, this was somewhat of a renaissance era for professional boxing. Buffer rode this wave and built a brand name for himself and his popular catch phrase. Michael was also the exclusive ring announcer for all World Championship Wrestling main events featuring Hulk Hogan and other top WCW wrestlers until 2001, when the organization went out of business.

Over the years, "LGRTR" has landed Michael in a number of ad campaigns, TV shows and movies including "America's Next Top Model, Cycle 18", "The Bold and the Beautiful", "2012", "You Don't Mess With the Zohan", "Rocky Balboa", "Against the Ropes", " Dickie Roberts: Former Child Star", "Ready to Rumble", "The Simpsons", 'Rocky V", and "Harlem Nights".

As Michael's new catchphrase became popular, he began to notice his phrase was popping up everywhere. The phrase was being used in newspaper headlines, at car dealerships and in all kinds of advertisements. This is where Michael Buffer made a truly simple yet brilliant business decision: Michael decided to file for a trademark.

Actually, it was Michael's long lost half brother, future UFC announcer Bruce Buffer, who initially suggested that they apply for a trademark. Bruce conceived of the idea after hearing about how NBA coach Pat Riley had earned a small fortune by trademarking the term "threepeat". Just a few months after the Chicago Bulls pulled off their first of their two threepeats in 1993, the two Buffers decided to apply for the trademark. When the trademark was granted, from that point on Michael Buffer owned those five famous words. Bruce recently told the Wall Street Journal:

"When I decided to trademark the rumble phrase, part of my inspiration was 'three-peat' and the Riley story. It just solidified that you can do this."

By owning the trademark, anytime someone wants to use the phrase they need to pay Michael. Since 1992, Michael has licensed the phrase to be used in songs, video games, movies, TV shows and tons of merchandise. He even earns six figure paydays for corporate events and speaking engagements around the world. Guess what was the first track on ESPN's platinum selling 1995 album "Jock Jams, Volume 1"? LGRTR. Guess what was the first track on Jock Jams' follow up remix album? LGRTR. Dozens of sports teams in the NHL, NFL, NBA and MLB have licensed Michael's phrase to get their crowds pumped up during games. One of the most famous licensing deals was for the video game "Ready to Rumble". After the game was a huge hit, game maker Midway reportedly paid Buffer $100 million to license his phrase in perpetuity.

In 2008, Michael Buffer was diagnosed with throat cancer. As you can imagine, this is the worst disease imaginable for someone who makes a living with their voice. His initial diagnosis called for aggressive surgery and chemotherapy, which would surely have ended his announcing career forever. Fortunately, Michael sought a second opinion from USC doctor Dale Rice, who was confident the disease could be cured without affecting Michael's golden voice. The surgery was a success and Buffer's voice was saved. His first words post surgery, the only words he could think of to utter, were: "Ladies and Gentlemen".