Imagine How Rich You'd Be If You Wrote "My Heart Will Go On" AND "All I Want For Christmas?" Walter Afanasieff Did Just That!

By Amy Lamare on December 22, 2019 in Articles › Entertainment

Life is good for Walter Afanasieff. The long-time songwriter and composer has worked with some of the biggest names in the music industry, including, as the title of this article suggests, Celine Dion and Mariah Carey. He is best known for his long creative partnership with Mariah Carey, with whom he co-wrote and co-produced songs and albums for many years. It was Walter who wrote and composed "All I Want For Christmas Is You" with Mariah in the summer of 1994. Afanasieff performs on most of his recordings on keyboards, synthesizers, and drum programming. He's won two Grammy awards, including the 1999 Grammy for Record of the Year for Celine Dion's "My Heart Will Go On."

Afanasieff was born on February 10, 1958, in Sao Paulo, Brazil to Russian parents. His father, Nikita, was from Leningrad and his mother Tatiana was a Harbin Russian from China. His parents met in Brazil in the early 1950s. Walter knew from a young age that he wanted a career in music. His senior quote in his high school yearbook said that his goal was to "write and play better than Keith Emerson" of Emerson, Lake, and Palmer. 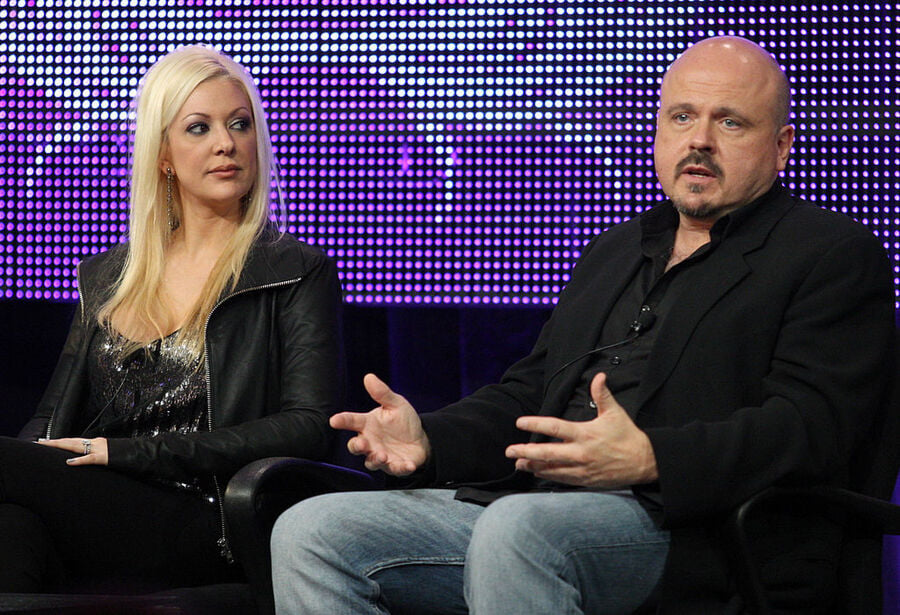 In 1980, Afanasieff got his start as a jazz musician playing keyboards with jazz/fusion violinist Jean-Luc Ponty. He formed the group The Warriors with guitarist Joaquin Lievano and drummer Narada Michael Walden, who was a big songwriter and music producer in the 1980s. Afanasieff gained confidence in his abilities and started arranging and producing music for Walden as well as playing keyboards for him on a number of projects, including Whitney Houston's debut album in 1985. Around the same time, Afanasieff and Walden began writing pop songs together. Afanasieff's first major song was the title song for the movie License to Kill which was sung by Gladys Knight.

Afanasieff spent a chunk of his career working with and creating music for Mariah Carey. The two were collaborators from 1988 to 1998. His touch was on her most successful songs, including "Hero." Afanasieff co-wrote, co-produced, and played all the music tracks on the song. "Hero" was the second single from Carey's Music Box album. The song hit #1 on the Billboard Hot 100 on Christmas Day 1993. It is one of Carey's signature songs. She closes most of her concerts with it. Afanasieff and Carey also wrote "One Sweet Day," her duet with Boyz II Men. That song held the record for the most weeks at #1 (16) for 23 years until "Despacito" matched it in 2017 and "Old Town Road" broke it in 2019.

In the summer of 1994, Afanasieff and Carey spent 15 minutes writing and composing "All I Want For Christmas Is You." The song is the best-selling modern-day Christmas song. It was featured in the movie Love Actually and has been covered by a number of artists, including Ariana Grande, CeeLo Green, My Chemical Romance, Kylie Minogue and Mumford and Sons, Shania Twain, and many, many others. The song hit #1 on the charts in Australia, Austria, Canada, the Czech Republic, Denmark, Finland, France, Hungary, the Netherlands, New Zealand, Norway, Latvia, Lithuania, Portugal, Slovakia, Slovenia, Sweden, Switzerland, and the United States while reaching number two in Japan, Germany and the United Kingdom, and the top 10 in several other countries. It has generated an estimated $600,000 per year in royalties for Afanasieff and Carey $60 million to-date. With global sales of over 16 million, the song is Carey's biggest international success, the 12th best-selling single of all time, and the best-selling Christmas single by a female artist, overall.

Then, in 1997, another song written by Afanasieff became a smash hit. He produced the theme song for the 1997 movie Titanic. "My Heart Will Go On," sung by Celine Dion, went on to become the world's best-selling single of 1998. Originally, Dion hated the song. Director James Cameron did too, he didn't want to end his epic film with a pop song. Needless to say, Dion and Cameron were wrong. "My Heart Will Go On" debuted at #1 on the Billboard Hot 100 on February 28, 1998. The song won the 1998 Academy Award for Best Original Song. It also won the Golden Globe for Best Original Song in 1998. "My Heart Will Go On" swept the 1999 Grammy Awards winning Record of the Year, Song of the Year, Best Female Pop Vocal Performance, and Best Song Written Specifically for a Motion Picture or Television.

For his efforts, Walter Afanasieff has amassed a net worth of $100 million.