If You Were A Billionaire, Here Are The Insane Luxuries You Would Buy

Let's face it, the rich may inhabit the same world that you and I do, but they have it much easier. They can afford the kinds of things that lowly middle class people can only dream of. As a result, what they want becomes news because businesses want to capitalize on that and cater to the lifestyles of the rich and often famous. Because of this, reporting on their desires becomes pretty interesting. Think about which of the following things that millionaires wanted in 2014 you might indulge in if you had the funds.

For instance, if you were super wealthy, you might have an Estate Manager who would enter your house 10-20 times a day during a 12 hour shift to do everything from security sweeps to meetings with the household staff (because you'd have at least a housekeeper and landscaper on staff), and maybe even stretch the owner's Manolo Blahnik heels.

A new kind of man cave is rising in popularity among the super wealthy: Car Condos. These sort of retirement homes for cars can be as lavish as the 40-acre, pimped out garage complex outside of Minneapolis where one owner bought his "garage" for $300,000 and then spent another $300,000 pimping it out with a 900-bottle wine cellar (because wine and cars go so well together), a gourmet kitchen, and even a master suite for his wife and his two dogs.

Extra homes are popular with the super wealthy, even multi million-dollar Manhattan apartments that they rarely set foot in even after spending many millions on the real estate, and several more renovating them to their tastes. Bruce Willis is one such wealthy person partaking in this habit. You're not going to find these super deluxe pied-a-terres on AirBnB, either. It seems a certain sub set of the rich like spending $119 million on a Manhattan apartment just so that they can use it from time to time, like a five-star hotel room.

When you've got the space and the money, you can build super deluxe detached two-story home offices with amenities ranging from a teak deck to a library paneled in mahogany to an ornate crystal chandelier presiding over the 800 square foot space.

When you are super wealthy, you don't mess around when it comes to vacations. Money is no object for super wealthy ski bums who stay in "super chalets" that rent for up to $60,000 PER DAY. The super lux ski resorts such as the French Alps' Courchevel 1850 are competing with each other for the time and money of multi-millionaires, and are building 20,000 square foot luxury chalets offering amenities like a luxurious screening room, 26-foot private swimming pool, hair salon, and even your own nightclub. The chalet also comes with your own concierge, private chef, butlers, and garage attendant. During peak season the highest end properties at Corchevel 1850 can rent for $435K a week or $60K per day. 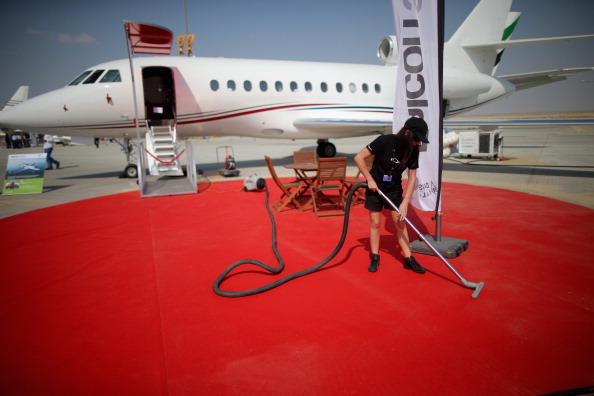 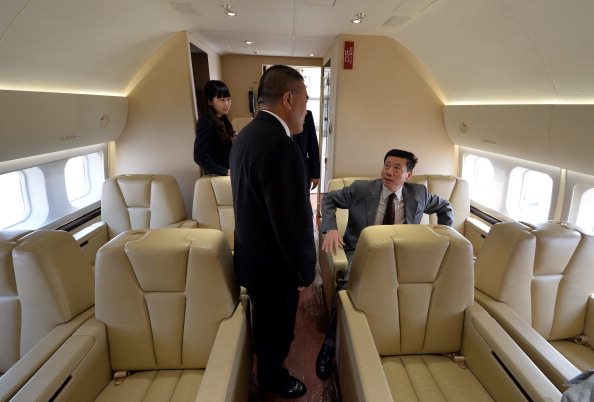 We've written about the mega yachts and private jets of the super rich, but one trend that emerged amongst the rich (and in this case famous), is personal Boeing jumbo jets that the company tricks out for their insanely rich customers. Rows of economy seats can be replaced with pretty much anything a customer wants from 20-person sofas to richly appointed master bedroom suites to a full spa-style bathroom with a rain shower. Singer Drake's favorite feature in his personal jumbo jet is his secret room. One gains entry to that room by twisting a wine bottle, pulling a candlestick, and pushing on a book.

Any rich person worth their net worth also doesn't skimp when it comes to accommodations for their four-legged friends. In 2014, a trend towards super posh dog hotels with flat-screen TVs, personal overnight attendants, gourmet chefs, and spas offering "pawticures" emerged amongst the well-heeled set.

But perhaps the most significant move by a rich person in 2014 goes to SnapChat founder Evan Spiegel, net worth $1.5 billion, who finally moved out of his father's house when he bought a $3.3 million home in Los Angeles' tony Brentwood neighborhood.