By Amy Lamare on October 20, 2017 in Articles › Entertainment

Two paintings going up for auction at Christie's in New York next month are expected to sell for  a combined $150 million. The paintings are from Leonardo Da Vinci and Andy Warhol. The auction house has valued Da Vinci's "Christ as Salvator Mundi" at $100 million. Warhol's enormous canvas "Sixty Last Suppers," was inspired by Da Vinci's "Last Supper" and is expected to sell for $50 million.

Da Vinci's piece dates back to around 1500. It is the last known Da Vinci painting owned by a private person rather than a museum. The piece was the subject of an international legal battle between current owner, Russian billionaire Dmitry Rybolovlev and the Swiss art dealer who brokered the deal for the painting. 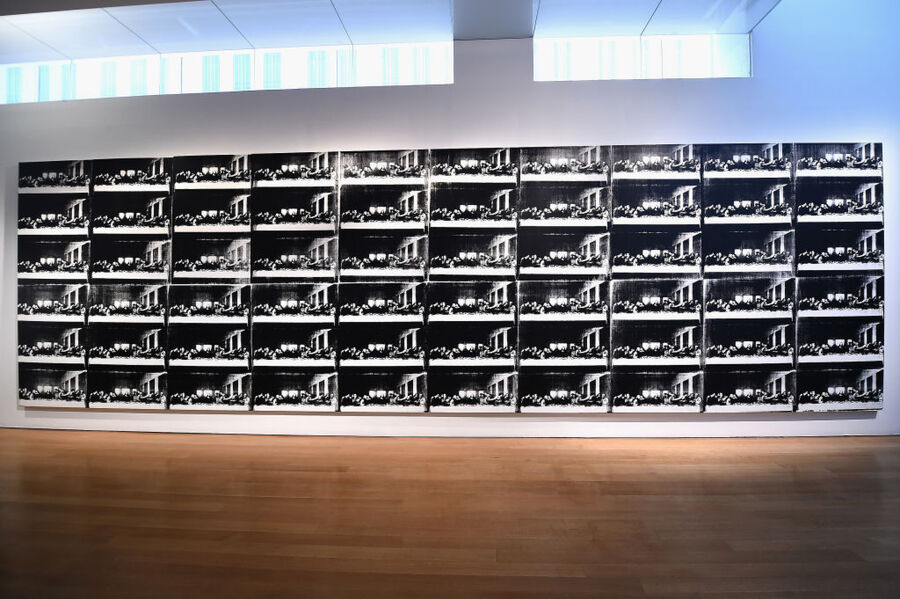 Warhol's painting is from 1986, just a year before the famed Pop artist's death. It depicts Da Vinci's "The Last Supper" 60 times in black and white on a 32-foot-wide canvas. The current owner of this work is unknown, but it once belonged to art dealer Larry Gagosian.

Warhol created more than 100 different works based on the "Last Supper." In 1986, 22 of his "Last Supper" works were displayed across the street from the Santa Maria delle Grazie church, the home of the original work. Warhol's works were viewed by 30,000 people during that exhibition.

The record for a Warhol at auction belongs to "Silver Car Crash (Double Disaster)." This 1963 silkscreen painting sold at Sotheby's in 2013 for $105.4 million. The most expensive "Last Supper" is a 40 by 40 inch canvas that sold for $18.7 million to billionaire jeweler Laurence Graff.