By Amy Lamare on January 30, 2019 in Articles › Entertainment

It seems like Hulk Hogan and his ex-wife Linda Bollea have been fighting forever. Their divorce was a drawn out, nine year legal battle. When they finally agreed on settlement terms, it took more than a year to agree on a final settlement. Y'all, this has been going on since 2008. Yet here we are, in 2019, and Hulk Hogan is taking his ex-wife to court to attempt to avoid paying her what was agreed upon in their divorce.

The couple split when Brooke Hogan's friend Christine Plante gave an interview to the National Enquirer in which she claimed she had an affair with the former pro wrestler while the family was shooting the VH1 show Hogan Knows Best. Linda and Hulk Hogan, whose real name is Terry Gene Bollea, were married for 23 years.

The divorce settlement took more than a year to finalize. In it, Hogan agreed to give Linda 70% of the couple's liquid assets plus properties worth $3 million. Additionally, she was to receive 40% of any future revenues in his businesses. Linda was an instrumental part of building the Hulk Hogan and Hogan Family brands.

Linda claims that from the second the divorce settlement was signed; her ex-husband has done everything in his power to avoid paying her. She claims that he has hidden millions of dollars from her and kept her mired in protracted litigation so that he can avoid making payments to her. 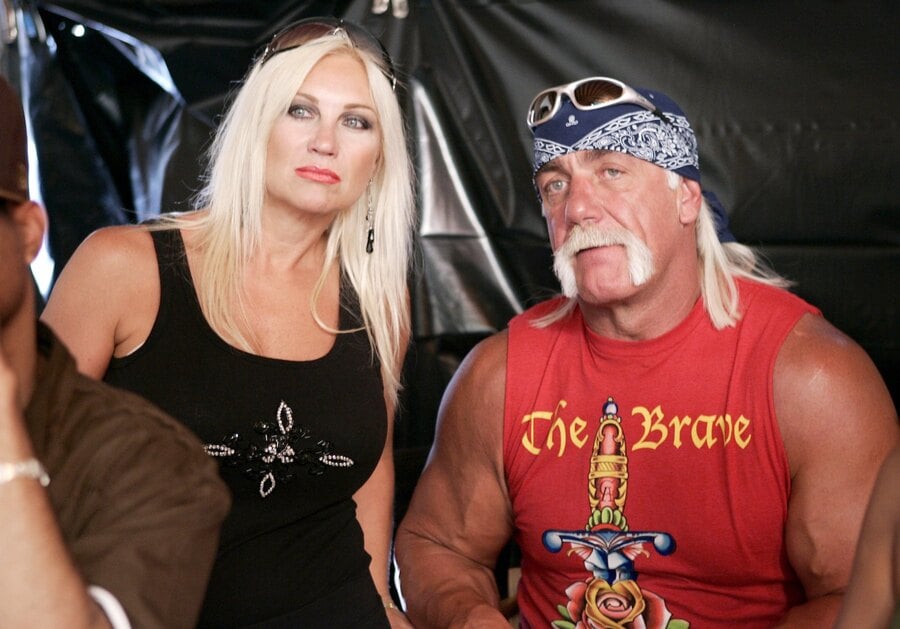 Hogan is now taking Linda back to court for his sixth attempt to block seeing the accounting of the intellectual property that is legally half hers. Linda claims that in addition to hiding money, he has also transferred money, cooked the books, changed his trademarks, and diverted money in an attempt to give her as little as possible from the brand she helped build.

We put Hulk's net worth at $25 million and Linda's at $20 million. It is important to note that Hulk's net worth doesn't reflect the settlement he received from Gawker Media. It is that settlement that Linda is going after. In 2012 Gawker published a sex tape featuring Hogan and Heather Clem, the estranged wife of radio host Bubba the Love Sponge. During the video, Bubba says to Hogan and Clem that they can "do their thing." After they have sex, he can be heard telling Clem, "If we ever need to retire, here's our ticket." Gawker got a hold of the video and published it.

Hogan sued Gawker for invading his privacy and was awarded $115 million. The case bankrupted the website and put it out of business. The Gawker settlement was not included in the final divorce settlement. Linda claims that because Hogan was awarded that $115 million due to the damage to his celebrity image – which she helped build – she is entitled to some of the settlement. Technically, due to the divorce settlement, Hulk doesn't own 100% of his image. He owns 60% of his image. Linda owns the other 40%.

The video also featured Hulk using the n-word and expressing disgust at the idea of his daughter Brooke dating an African American man. More racist slurs surfaced in a 2008 recorded phone call with his son Nick who was in prison for felony reckless driving at the time. He admitted to being "racist to a point." He was dropped from the WWE and had all ties cut in 2015 as a result. He was reinstated to the WWE Hall of Fame in July 2018. He was welcomed back into the wrestling world last year and appeared on TV for the first time in three years in November.

Linda's attorney said that Hogan often pits four or five attorneys against her one and has tied up cash in frivolous lawsuits. He is trying to outspend and out-litigate his ex-wife. Linda admits, however, that the decade long legal battle has taken a toll on her family.