By Brian Warner on September 27, 2017 in Articles › Entertainment

Well, if there were ever a man who died without a single regret, it was Hugh Hefner. In case you haven't heard, Hugh Hefner died on September 27, 2017 at the age of 91. The exact cause of his death is not yet known, but one can only assume he died from exhaustion after satisfying three women in an hours-long sexual escapade.

At the time of his death, Hefner was worth $50 million. At the peak of Playboy in the mid-90s, Hefner was worth $200 million.  Unfortunately, the company did not perform well in the last 15 years of his life as magazine sales in general diminished greatly. In the period between 2000 and 2010, Playboy's stock price fell 80%. The company was taken private in 2011 by Hefner and private equity firm Icon Acquisition Holdings. Another private equity firm called Rizvi Traverse eventually bought out Icon. At the time of his death, Hefner owned 35% of the Playboy brand and 100% of the actual magazine. 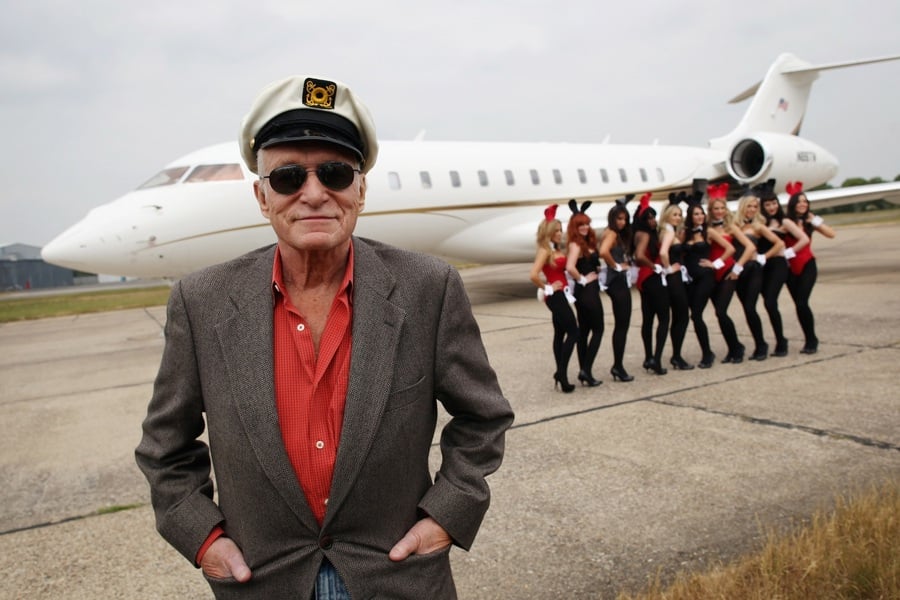 Most people assume that Hefner owned the famous Playboy mansion, when in fact he did not. For most of its history, the mansion was owned by Playboy Enterprises. Hefner paid an annual fee to cover rent and other expenses like food and parties. In typical years, that rent came to around $1 million.

The mansion was sold in June 2016 to then 32-year-old Daren Metropoulos for $100 million. Daren is the son of C. Dean Metropoulos who is a billionaire private equity tycoon famous for reviving brands such as Hostess, Bumble Bee Tuna, Pabst Blue Ribbon and Chef Boyardee. One of the stipulations of the sale was that Hefner would be allowed to live in the mansion for the rest of his life. So one can assume this is bitter/sweet news for Daren Metropoulos.

We actually learned a ton about Hefner's net worth thanks to his 2009 divorce proceedings. As part of that divorce, Hefner broke down his finances in a court filing as follows:

And here's how Hugh broke down his monthly spending:

Playboy has been attempting to find a buyer for years without success. Hefner obviously would have been a major beneficiary of a big sale. Part of the problem was that Playboy has reportedly taken on a large amount of debt over the years as it has operated in the red. Furthermore, with the decline of magazine sales, Playboy's biggest asset today is its ability to license the brand symbol and name to companies overseas that want to manufacture things like "Playboy water" or whatever. This is a lucrative business, but not necessarily lucrative enough to make the whole company worth a significant sum of money.

Selling the mansion was reportedly done just to pay down a chunk of debt Playboy had accrued with its private equity firm. It's unclear what will happen with the brand over the next few years and how that might benefit the Hefner family.