By Amy Lamare on September 19, 2015 in Articles › Entertainment

You know you've made it when you can afford to buy your own private island. That is the upper echelon of wealth. With a private island you get private beaches and private piece of the ocean in which to relax and have fun. This is the stuff of dreams that only guys like Larry Ellison, Richard Branson, David Copperfield, Johnny Depp, and Mark and Cindy Pentecost can afford.

Wait, who? Mark and Cindy Pentecost are a former high school math teacher and his homemaker wife. The couple just paid $14.5 million for a 104-acre island called Little Bokeelia located five miles off the west coast of Florida. You see, Mark and Cindy aren't JUST a high school math teacher and homemaker, they are also the founders of It Works! –  a direct sales business that sold $538 million worth of skin creams, vitamins, health foods, and body contouring wraps last year. 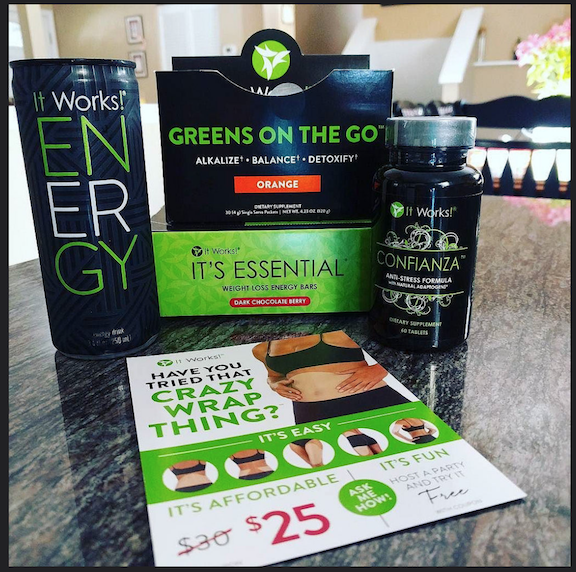 Mark Pentecost has had an entrepreneurial streak dating back to the early 1990s. He was a father of three, a math teacher and coach of the varsity basketball team, so he didn't have all that much extra time on his hands. He just wanted to make an extra $500 a month to help his family. In 1993 Pentecost became a part time salesman for Excel Telecommunications, a reseller of long distance calling plans for landline phones. He soon found that he excelled in the direct sales environment and became one of the company's top salesmen. He was making $300,000-$500,000 a year and quit his teaching job in 1995. However, the rise of cell phones killed the long distance calling plans industry completely and Pentecost's income dropped year after year until finally, he left the long distance deals industry in 1999. His enthusiasm for direct sales didn't die down and he became determined to start his own company.

It Works! began as a line of cloth toning wraps marketed towards the aging, fitness crazed, baby boomers. He and his wife started the company in 2001, and using a network of friends he'd made at Excel Telecommunications, began doing in-home and hotel demonstrations of his new product in Michigan, Virginia, and North Carolina. It was slow to catch on and for a number of years Pentecost spent more and more of his own capital to keep It Works! in business. By 2005, the company was profitable thanks to hard working sales people.

Today, It Works! is a multi-level marketing company along the lines of Amway with a sales force of over 100,000 selling to more than one million customers around the globe. It Works! sells its products in 19 countries and maintains an office in Dublin, Ireland and fulfillment centers throughout Europe, Canada, Australia, and New Zealand.

The Pentecosts' purchase of Little Bokeelia Island is the most recent addition to their healthy real estate holdings. The couple also owns a 1,000 acre cattle ranch in Myakka City, Florida, the Stoneybrook Gold Club in Bradenton, Florida, and the 50,000 square feet It Works! headquarters in Palmetto, Florida.

The Pentecosts' new island will be a getaway for their family – most of whom work for them as well as a place to bring It Works! employees for retreats. Effectively, the Pentecosts have just purchased a resort they can use as a reward for their best direct sellers much like other network marketing companies send their elite on cruises or to the Caribbean.

It took the Pentecosts several years to acquire the island. The journey started when a friend half jokingly suggested they buy the property when it first went on the market three years ago. At the time, the former owners wanted $29.5 million for it, and Pentecost's bid wasn't the most attractive offer. The other buyer dropped out, the owners reduced the price of the island to $24.5 million, and still Pentecost wasn't able to get the deal closed. By March of this year, the owners were growing desperate and advertised it as an immediate sale. They put an ad in the local newspaper that said "look at the island and you determine the price and make an offer."

As you can imagine, interested investors then crawled out of the proverbial woodwork from as far away as China, India, and South Africa. About 60 people professed interest in the island, but only 10 had ever set foot on it. Eventually, many of the overseas offers were withdrawn when the reality of the difficulties of foreign money transfers became too much. The next offers to fall away were those who had declined to leave a down payment with their offer. Finally, only serious bidders remained and the Pentecosts were one of them.

The purchase of Little Bokeelia Island put an end to the Pentecosts search for their own piece of the tropics. Not bad for a former high school math teacher turned multi-level-marketing tycoon!