How Cantor Fitzgerald CEO Howard Lutnick Overcame Tragedy, Became A Billionaire, Then Gave Back In A Major Way

By Amy Lamare on September 2, 2018 in Articles › Entertainment

Howard Lutnick has seen his fair share of loss during his lifetime. He was CEO of Cantor Fitzgerald on September 11, 2001, when two planes struck the World Trade Center. Cantor Fitzgerald was located on floors 101-105 of One World Trade Center. The plane that struck that tower plowed into the building between floors 93 and 99 – just below his company's offices – trapping everyone above and condemning them to a horrible death. Lutnick's brother Gary and his best friend, Douglas Gardner, were among the 658 Cantor employees that met their death that day.

Lutnick would usually be in the office long before 9am. But, as fate would have it, September 11, 2001, was his son Kyle's first day of kindergarten and he wanted to take him to school. That fatherly act saved his life. As the sun set on September 11, 2001, Lutnick and his sister Edie were the sole surviving members of their immediate family.

Lutnick's philanthropic efforts since that tragic day have been nothing short of extraordinary. In the nearly 14 years since September 11, 2001, Lutnick's giving has grown impressively. His firm donates the profits made each September 11 to the families of the victims of the World Trade Center attacks. To date, this giving alone totals more than $100 million. However, his latest charitable gift may be the most personal and touching of all. 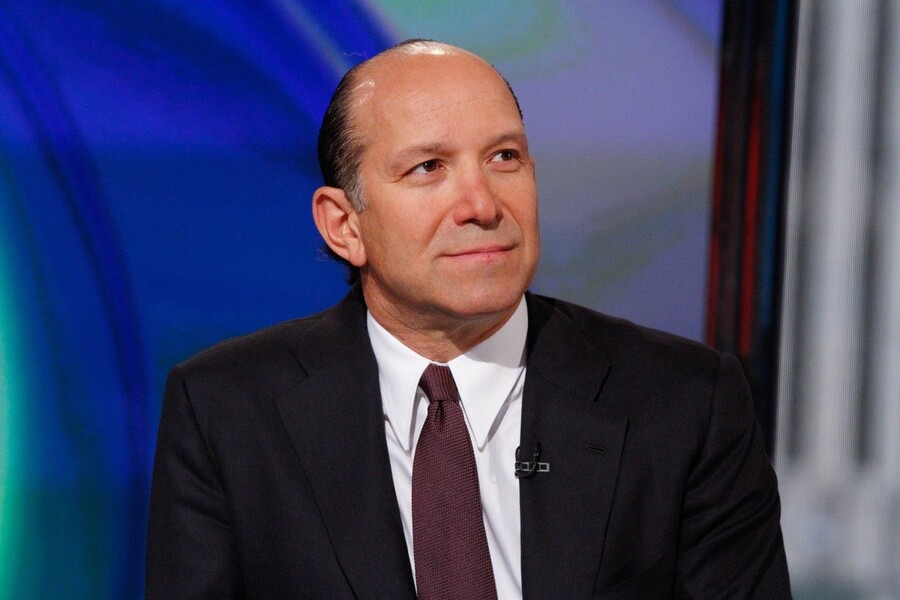 Howard Lutnick was born on July 14, 1961 in Jericho, Long Island, New York. He and his two siblings grew up with their parents, Solomon and Jane. Solomon Lutnick was a history professor at Queens College and Jane Lutnick was an artist. Howard is the middle child. His sister Edie is the oldest and his brother Gary was the youngest. When Lutnick was a senior in high school in 1978, his mother lost her battle with lymphoma. The following year, Lutnick was a freshman at Pennsylvania's Haverford College when his father died while undergoing treatment for lung and colon cancer. It was an accidental death unrelated to the cancer. A nurse gave Solomon Lutnick 100 times the dose of chemotherapy drugs that he was prescribed.

Now orphans, Lutnick and his siblings were abandoned by their extended family members. The siblings turned to each other for support. Howard was forced to hire an attorney to settle the debt his father left behind.

The president and dean of Haverford College, an institution that prides itself on its Quaker heritage, called Lutnick a week after his father's death. His condolence call came with an added surprise – the college was giving him a full scholarship so that he could complete his bachelor's degree. Lutnick graduated from Haverford in 1983 with a degree in economics.

Lutnick joined Cantor Fitzgerald right after his graduation from Haverford in 1983. The firm's founder, Bernard Cantor, took him on as his mentor. Lutnick was a ruthless competitor. By 1991, Lutnick, then just 30 years old, was named President and CEO. He added the title of Chairman in 1996. Cantor was (and still is) a major force in the bond market. There isn't a central exchange for bonds like the New York Stock Exchange. So financial companies turn to middlemen like Cantor to trade bonds without revealing their hand. In 2001, more than 70 percent of all United States Treasury securities were traded through Cantor Fitzgerald.

The day starts on Wall Street at 7:30am. Nearly all of Lutnick's brokers were at their desks on the 101st through 105th floors of the North Tower when the plane hit just two floors below them. Cantor brokers in the London and Los Angeles offices heard the horror through the inter-office squawk boxes.

We all know the rest. Three out every four people who worked for Lutnick's Cantor Fitzgerald in New York City died that morning. When the debris settled, 658 Cantor employees were dead, including his younger brother Gary. 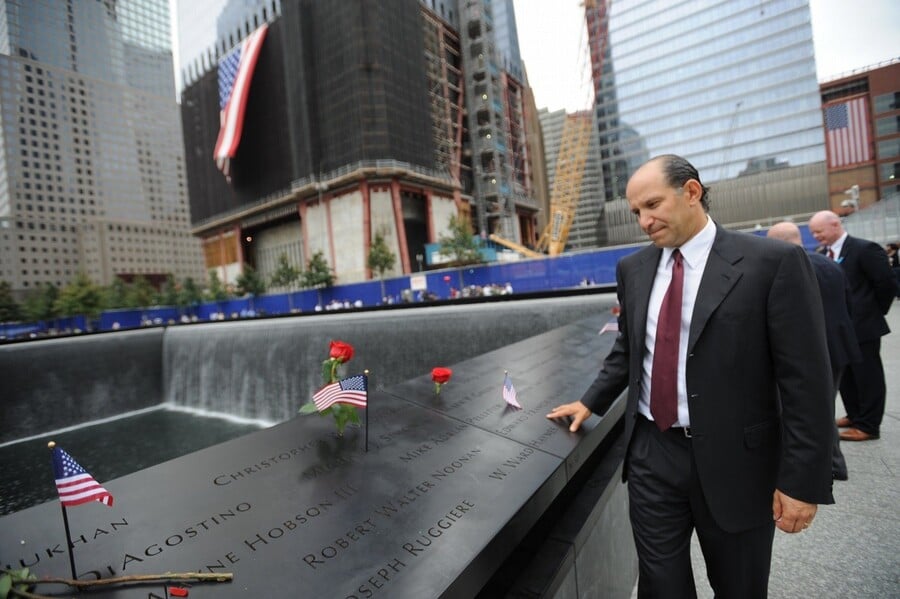 On September 10, 2001 Cantor employed 2,100 employees worldwide, 960 in New York City. On September 12th, only 1,422 were left with most of them in London and Los Angeles. Nearly one fourth of the 2,753 people who were killed in the attacks on the World Trade Center worked for Howard Lutnick. Cantor Fitzgerald, more than any other business, came to symbolize the horror of that day.

Four days after the attack, with the ground under the World Trade Center still smoldering and firefighters still searching for survivors, Lutnick cut off the paychecks to the families of his employees before it was even clear how many had actually died.

Clearly, Lutnick was reeling. He'd lost 2/3rds of his workforce. He'd lost his brother. He'd lost his best friend. He'd lost the offices he'd worked in for 28 years. In an interview with Larry King on CNN on September 19th, a raw Lutnick said: "Every person who came to work for me in New York, everyone who was at the office, every single one who was there isn't there anymore. We can't find them. All of them. Everyone."

He also addressed the cutting off of the paychecks, saying "I lost everybody in the company… I don't have any money to pay their salaries." He said that families of Cantor employees who had died in the attack would receive a 25% share of future Cantor profits for five years and health insurance for 10 years. This amounted to more than $100,000 per family.

In fact, Lutnick's reputation for ruthlessness was so ingrained that after the tragic loss of lives his firm suffered on September 11th, his competitors actually gloated over Cantor's devastation. They leapt at the opportunity to put the nail in the coffin of Cantor Fitzgerald.

Days after the September 11th attacks Lutnick founded the Cantor Fitzgerald Relief Fund and tapped his sister Edie to run it. Its purpose was to aid the families of Cantor employees who perished in the attack. Lutnick started it with a $1 million donation from himself. The fund provided assistance to families of 9/11 victims from 14 different companies, other than Cantor. To date, the fund has dispersed roughly $180 million to families of Cantor employees and $280 million altogether.

Over the years, Cantor has rebuilt. Lutnick will never forget 9/11 and his employees who lost their lives. Both Howard and his employees continue to forgo a day's pay on September 11th each year and the company continues to donate a day's revenue to the Cantor Fitzgerald Relief Fund.

Lutnick, whose net worth recently topped $1 billion, will also never forget the institution that was there for him when he needed it most-Haverford College. Over the years, Lutnick, who is now the chairman of Haverford's board of managers, has more than repaid his free ride with donations totaling $65 million. However, recently Lutnick wrote the biggest check the 182-year-old college has ever received. He made a $25 million donation to his alma mater. Monies Lutnick has donated to Haverford have been used to build the Gary Lutnick indoor tennis and track facility and the Douglas Gardner integrated athletic center. Lutnick's donations, in particular his record gift of $25 million, which is expected to be used for restorations to the campus library, have greatly aided the college's capital campaign, which hopes to raise $225 million by 2017.

For all the talk of Howard Lutnick's ruthlessness, he's been very vocal over the years on how he feels about not being in his office on the 105th floor of the North Tower of the World Trade Center on September 11, 2001. He feels luck saved him. But surely no one other than Howard Lutnick could have not just taken care of the families of his employees in the way he did, but also taken care of the college that was there for him when he was orphaned while simultaneously rebuilding Cantor Fitzgerald – quite literally from the ashes.

Today, Howard Lutnick's office is on the 2nd floor of Cantor Fitzgerald. In it, a bronze Rodin sculpture of a hand is prominently displayed. It was recovered from the wreckage of the World Trade Center. Just one item from a vast collection of Rodin and other precious art that Bernie Cantor amassed over a lifetime and that was housed in the Cantor Fitzgerald offices. The finish of the sculpture is seared. Fingers are missing. It is a reminder.