By Amy Lamare on August 10, 2014 in Articles › Entertainment

When Zhang Xin was 14, her family was so poor that she was forced to get a job in a sweatshop. Today she is the founder and CEO of SOHO China, the largest commercial real estate development company in China. Her personal net worth is $3.9 billion. That's enough to make Zhang one of richest woman in the world and one of the 20 richest people in China. To put that into perspective, $3.9 billion makes her $800 million richer than Oprah Winfrey and equally as wealthy as fellow real estate magnate Donald Trump. How exactly does one rise from sweatshop laborer to powerful billionaire tycoon? Zhang Xin's rise from rags to riches is truly inspirational. 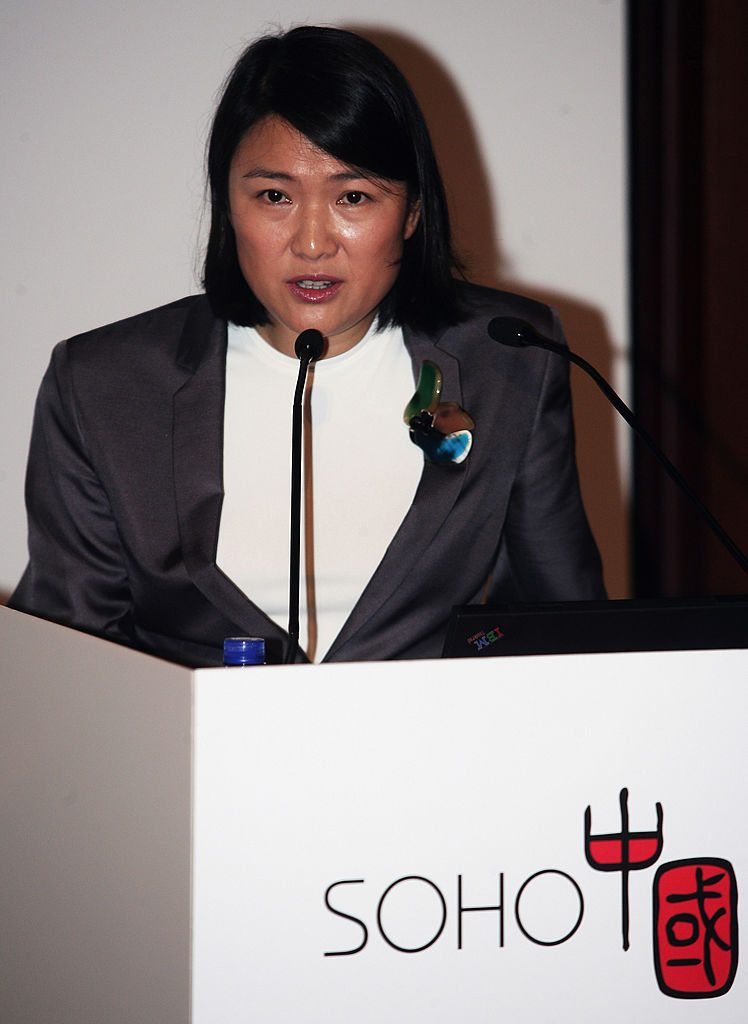 The 47 year old Zhang Xin grew up brutally poor in the countryside of China during the Cultural Revolution when Mao Zedong systematically rid the country of all the capitalists and intellectuals whom he perceived as a threat to China's way of life. Xin's parents were educated, with university degrees, and were therefore banished to the countryside and forced to attend re-education camps. Educated people at the time were considered enemies of China, despite Mao's own background working at Peking University.

When Xin was 8-years-old her mother was allowed to return to Beijing where she found a job as a translator. Despite the job, Xin and her mother were destitute, unable to afford housing. They slept in her office, on her desk, using books as pillows. They lived this way for months.

When Zhang Xin was 14, she moved to Hong Kong to look for a job but found life there to be just as downtrodden as it was in Beijing. While living in Beijing, she worked on an assembly line in a sweat shop for five years, all the while dreaming of escaping to a different life. When she finally had saved up enough money, Xin bought a one way ticket to London and left. In London she worked at a fish and chips stand, terrified of the people and not knowing the language. After all, in Mao's China there were few, if any, Caucasians. She felt alone. But she never gave up on her dream of a better life and soon enrolled in a school to learn English.

That course eventually led Xin to a scholarship at the University of Sussex and then to Cambridge, where she got her Master's degree in Economics. When she finished school it was 1992 and China was just starting to open its markets to foreign investors. As China opened up, Zhang Xin landed a job at Goldman Sachs in as an investment banker. The former sweat shot girl finally had a shot at the kind of life she'd always dreamed about.

Zhang Xin soon found that the world of investment banking was not for her. She missed the idealism she was brought up with in Communist China and wanted to return to her homeland. Nearly as soon as Xin returned to Beijing, she met her future husband, Pan Shiyi. He was part of the wave of young idealists who were committed to reinventing and liberalizing China in business. In Pan's case – real estate. One day, Pan took Zhang to see a construction site for a high rise and told her that it would soon transform the area into the Manhattan of Beijing. Xin couldn't help but laugh. Despite her initial disbelief, 19 years later Zhang and Pan have created a Mecca that was more Manhattan than even Manhattan itself.

Like Zhang, Pan grew up impoverished. He was from one of the poorest provinces in China. Even once she and Pan got married and founded SOHO China, things weren't always easy. They fought. She quit. Moved to England. Came back. Quit again. Stayed home and gave birth the couple's two sons. But the company the two had started was growing and needed Xin's expertise.

Today, Pan focuses on everything inside China while Zhang uses her Wall Street experience to raise money abroad. She is in charge of hiring the architects for their projects and only goes after the world's top professionals. Together they have built SOHO China from a fledgling real estate development company into one with $10 billion in assets. SOHO China has 18 developments in Beijing alone and has recently expanded to Shanghai where it has 11 properties. It is China's largest commercial real estate developer with 56 million square feet in prime developments.

Zhang Xin's rags-to-riches story, and the part she has played in transforming Beijing into a world class city have made her a celebrity in China. Yet despite her incredible wealth, she leads a modest, humble life, even telling her 14-year old son to go get a job at McDonald's or KFC. She tries to give her sons a normal life. Zhang Xin has transformed Beijing (and is working on Shanghai) and escaped the life she lived as a young girl. One might think she'd be happy to rest on her laurels. Not Xin. She has another dream for China: Democracy. Not a bad life for a former homeless sweatshop girl!