On December 26, 2004 a 9.1 magnitude earthquake struck deep in the Indian Ocean. The earthquake caused an enormous tsunami that took more than 230,000 lives across 14 different countries. The 2004 Indian Ocean tsunami was one of the worst natural disasters in the history of the world.  Brits Kevin and Sandra Forkan were vacationing in Sri Lanka with their children Rob, Paul, Mattie, and Rosie for the Christmas holidays when the massive tsunami crashed into their hotel, shortly after 8am local time on the day after Christmas.

Time and time again, disaster shows us that nothing is more resilient than the human spirit. Take everything away from someone and you'll find a person who still tries to lift another human being up. How do we keep going in the face of disaster? Is it the promise that tomorrow may be better? Or is it knowing that you can never go back to the way things were and to survive, you must forge a path towards the future?

The Forkan kids were young. Rob, at 17, was the oldest of the four of the family's six kids on the trip. Paul was 15, Mattie was 12, and the youngest, Rosie, was just nine years old.  They were, by all accounts, a pretty normal family. Kevin, the father, had run a car dealership and the mother Sandra, had been one of his assistants. They got married, had six kids, and traveled the world. Kevin and Sandra Forkan took their kids out of school at a young age and instead set out to give them a global education. The family traveled the world, with a special fondness for India, doing volunteer work. That trip to Sri Lanka was their last before they planned to return to London and resume a more conventional life. When the tsunami hit, the family had been working for charities in India for four years already. 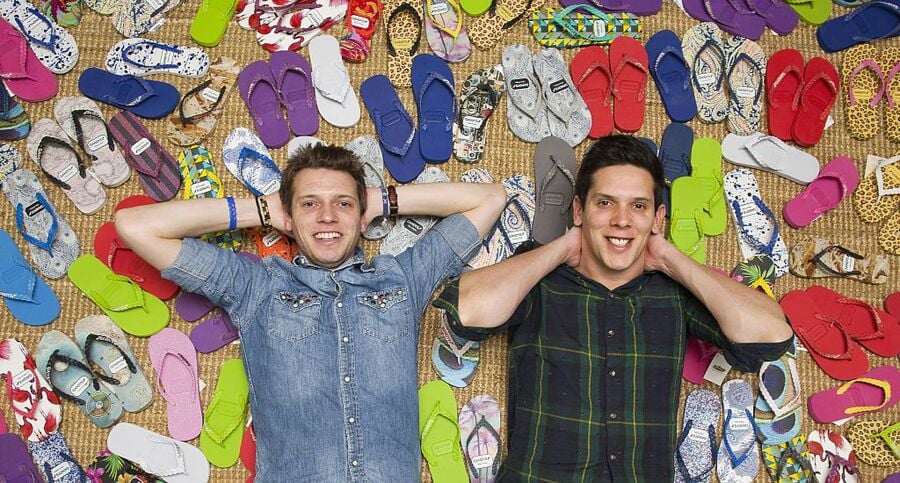 That Christmas 2004, they decided Sri Lanka would be a fun place to spend the winter holidays. They had celebrated Christmas the day before in the restaurant of the Neptune Resort where they were vacationing. Afterwards, the family played Risk and chess. At bedtime, their parents wished them a Happy Christmas. It had been an idyllic day.

The first person to wake up was Rob. He noticed that the room was flooded with water and it was about a centimeter deep. He thought it was just the tide that was unusually high, causing it to invade their beach bungalow. He moved his bag from the floor to a chair and tried to wake up his brother Paul. His parents and his younger siblings Mattie and Rosie were staying in another bungalow located even closer to the ocean. Rob and Paul were looking forward to a day of swimming and surfing. As Rob pulled on his swim trunks, he noticed the water in the room was receding.  An eerie silence followed. If you've ever experienced the moments before an earthquake, tornado, or the eye of a hurricane, you know that silence. No birds chirping, no sound of the sea ebbing and flowing. Just preternatural silence. A low rumble soon followed. The ground began to vibrate. Not even a second later, the wall of water slammed into Rob and Paul's bungalow, crashing through the window, and embedding glass in the teenagers' skin. Within a moment, the water was waist deep and rising rapidly. Rob and Paul managed to get out the door and onto the roof. That sanctuary didn't last long. The water continued rising quickly. Soon it was ripping tiles off the roof beneath their bare feet. All around, the teen's buildings were being torn apart by the water, and uprooted trees were taking down those structures that hadn't been demolished by the tsunami, battering ram style .

Then, as quickly as it had started, it was over. The chaos calmed, but the water remained. Rob heard a child screaming and found it was his 12-year-old brother Mattie. As he swam to get him, the water began forcefully receding out to sea. Mattie asked where his mom and dad were. As the water receded further, Rob could see where his parents' bungalow had been. It was no longer there.

Not much more than 10 minutes had elapsed since the wave had smashed into Rob and Paul's bungalow. The road behind the hotel was gone, most of the buildings had crumbled, and the ground was covered in debris, fallen trees, and mud. The three boys set out to find their parents and nine-year-old sister Rosie.  They headed inland and found Rosie in a surf hostel. Soon after, the bodies of their parents were found. The kids had no money and no passports but with the help of Sri Lankans, they hitchhiked 200 miles to the nearest operating airport. Once back in London, they moved in with their 22-year-old sister Marie.

Sri Lanka was one of the areas most severely affected by the Indian Ocean tsunami. More than 35,000 people were killed in Sri Lanka alone. About 7,000 of them were tourists.

After his parents' funeral, then 18-year-old Rob felt compelled to make his own way.

Rob came up with the idea of setting up a company with his brother Paul making flip flops. People told them they were crazy. After all, England isn't exactly California, weather wise. The young men found an investor and launched the ethical footwear company Gandy's. Before long, the flip flops were for sale across England, in shops like Asos, Topman, Liberty, and House of Fraser. Currently, the Forkan brothers are meeting with U.S. retailers about carrying their flip flops where they'd compete against behemoth flip flop maker Havianas. Gandy's is on track to make $1.7 million next year.

But the Forkan brothers' flip flops aren't just about commerce or brightly colored beach footwear. Gandy's donates 10 percent of the profits from the sale of every pair of flip flops sold to a cause near and dear to their heart – orphans. In 2013, Rob and Paul Forkan set up the charity Orphans For Orphans and are currently building an orphanage in Sri Lanka, as well as other projects to benefit children who've lost their parents. The Forkan brothers are giving back to the country that helped them get home after the devastating 2004 tsunami.

The Forkan brothers' Gandy's were not expected to do well. It was an impossible idea in more ways than not. There are already a ton of insanely popular flip flop brands dominating the market. Couple that with the fact that the Forkan brothers were barely out of their teens when they founded the company, and due to their family's love of travel, lacked a solid formal education, and their success is truly incredible.

However, the brothers' lack of business experience did lead to some rookie mistakes. In the early days, they received a letter from one of their competitors claiming that one of their designs infringed on the company's copyright.  Though they had been very careful to avoid issues such as this, they had to admit they were wrong and go back to the drawing board.

Gandy's is known for its patterned flip flop, and now has celebrity fans, including Sir Richard Branson, Jessica Alba, and One Direction.

But where did the name Gandy's come from?

Rob woke up one morning after a music festival in London, and remarked that his mouth felt as dry as "Gandhi's flip flops." And Gandy's was born, to put good into the world that has taken so much from the Forkan siblings.

In the past year alone, Gandy's has sold 250,000 pairs of flip flops. Projections for the company show it growing by leaps and bounds. In 2013, the business made $1.8 million. Not bad for a flip flop company, not to mention the more flip flops they sell and the more money the make, the more orphans will receive help.

The Forkan brothers suffered real tragedy and rebuilt their lives. Now they are making a fortune while also helping other children who've lost their parents. Their parents would be very proud.

"Tragedy should be utilized as a source of strength. No matter what sort of difficulties, how painful experience is, if we lose our hope, that's our real disaster." – The Dalai Lama