The world of fantasy football can very lucrative if you're willing to step into the big leagues. No more $5 entry leagues. If you really feel confident this year, take a shot at a league like the Fantasy Football Players Championship. With a grand prize of $250,000 (and an entry fee of at least $1650), you want to make sure your team is in the best position possible, week in and week out. Let's look at 2012 champion team Caucasian Invasion, led by Josh Neblett and Paul Miller, to see a strategy that beat out 971 teams to earn the #1 spot and a quarter of a million dollars!

Wait on a QB

Last year especially, experts were high on selecting a QB early. It makes sense, right? After all, they do score the most points, and guys like Aaron Rodgers and Drew Brees are among the top players in the league. Why not go with the best with your first pick?

The problem is that quarterbacks will consistently put up good numbers. Even lower-tier guys like Philip Rivers and Brandon Weeden still posted solid, consistent stats throughout the season. Running backs and wide receivers have weeks where they'll score single digits. Quarterbacks rarely, if ever do that. Caucasian Invasion waited until seven other QBs were taken before selecting Tony Romo in the seventh round, then nabbed Robert Griffin III in the 11th. Both of those options worked out well for them.

Swing for the Fences…

Safe picks make the playoffs, while risky picks win championships. Knowing that tight ends earned 1.5 points per reception, Caucasian Invasion took the best one available in Jimmy Graham with the 4th pick of the draft. Of course, thanks to a few injuries, Graham couldn't replicate his incredible 2011 season, but he still put up very solid numbers.

The best gamble of the draft was of course Adrian Peterson, this year's consensus #1 pick. Last year, coming off ACL surgery, he fell all the way to the 3rd round, and then came nine yards short of breaking the all-time rushing record. Robert Griffin III in the 11th round didn't hurt, either. He was often the team's starter throughout the season, though benching him in the championship game for Tony Romo (who scored more than double the points RGIII did) also proved to be a risk worth taking. 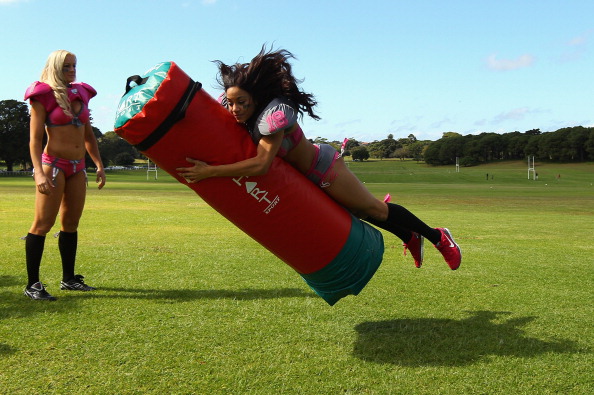 …But Fill Out Your Roster With Those Safe Picks

Not every gamble will work out. Maurice Jones-Drew in the 2nd—and his subsequent handcuff Rashard Jennings in the 10th—Darrius Heyward-Bey in the eighth, Titus Young in the ninth, and the Rams' Steve Smith were all pretty much busts, but Caucasian Invasion countered that by making several safe picks throughout the draft. Buffalo's Steve Johnson won't impress anyone when you take him, but he's had three straight 1,000+ yard seasons with average-at-best QB play. This league started two tight ends, so scoring Heath Miller in the 15th round was another safe, solid pick. In fact, Miller greatly exceeded expectations. He was being drafted in the mid-20s for tight ends, and finished fourth among them.

Even if you think your drafted team is amazing, constantly look for ways to improve. In this league, each team had $1,000 to use on free agents throughout the season. Caucasian Invasion had a couple of incredible pickups: James Jones, acquired after Week 3 for just $83, ended up leading the league in touchdowns. And when Darren McFadden had his annual injury that put him on the sidelines, the duo didn't hesitate in plunking down $333 for Marcel Reece. Yes, it was a high price to pay, but Reece immediately earned that paycheck, scoring 23.3 points in the final game of the fantasy regular season.

The biggest problem with kickers is that none of them are consistent. No kicker has been the top scorer in back-to-back years this century, and oftentimes someone will come up out of nowhere to crack the Top 5. Your best bet for a kicker is to wait until the last round (or in Caucasian Invasion's case, the second to last round) and shuffle them in and out as needed. The average score of CI's eight different kickers was 8.3, which would have been seventh if an individual kicker put up those numbers. Similarly, a defense shouldn't go too early, either. Pitting even pedestrian defenses against bad offenses can yield excellent results. If you can plug in any defense facing the Jets or Raiders, and to a lesser extent the Jaguars, you'll be in pretty good shape. Heck, you can even just pick a team facing an offense that turns the ball over a lot—we're looking at you, San Diego—and you'll be sitting pretty come the championship.