On June 5, 2009, "The Hangover" was unleashed onto the world. That movie would eventually go on to become the highest grossing R-rated comedy of all time with $467 million in earnings worldwide. As we all know, two more movies were spawned that would earn another $360 million combined. Now that we know what happened, it might be hard to believe that there was a time when almost everyone involved in the project was convinced that it was going to be a huge bomb. After all, before 2009 the four stars were basically unknown. The one person who believed in the movie all along was director/executive producer Todd Phillips. He believed so strongly in the first Hangover, that he made a huge financial gamble. At a time when the studio was highly concerned and thinking of backing out, Phillips agreed to forfeit his salary for a huge back-end equity stake. Guess how that turned out for him… 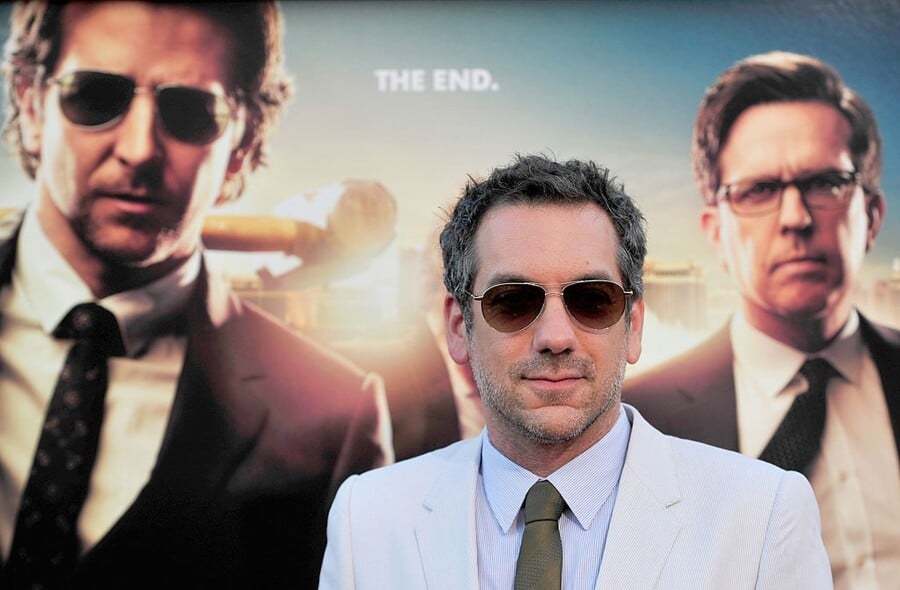 As you may have noticed if you check Celebrity Net Worth on a semi-regular basis, we love writing stories about people who have made a ton of money in a really unique and interesting way. We especially love stories about people who took a huge gamble on something and ended up making a fortune. And since I am based in Los Angeles, I personally really enjoy writing about actors, directors, musicians etc.. who have made massive amounts of money after putting it all on the line for their passion. Todd Phillips is definitely a man who will put it all on black for something he believes in.

Back in 2007, a script called "What Happens in Vegas" was making the rounds in Hollywood. Several studios passed on the script outright because they were worried that the title alone would be impossible to license. There was also another romantic comedy with the same working title (eventually starring Ashton Kutcher and Cameron Diaz) in progress at 20th Century Fox. Despite the resistance, the screenwriters powered on and managed to get their script to Todd Phillips who was also represented by the talent agency CAA. Phillips, who had previously directed comedies like Old School, Road Trip and Starsky & Hutch, loved the concept and decided to make the film his next project. Phillips already had a deal in place with Warner Brothers and convinced the studio to greenlight what was now titled "The Hangover", with a budget of $35 million.

Warner Brothers was adamant that since the movie was going to be rated R, it needed star power to sell tickets. The studio tried to sign up Jake Gyllenhaal and Jonah Hill but both were unavailable. Todd Phillips then pitched a group of actors who were relatively unknown at the time, Bradley Cooper, Zach Galifianakis, Ed Helms and Justin Bartha. Ed Helms was by far the most famous potential cast member thanks to his appearances on The Daily Show and The Office. On the bright side for the studio, collectively the four actors earned less than $1 million combined.

Warner Brothers was extremely hesitant to put a $35 million R-rated movie on the backs of these no-name actors. It also didn't help that Todd Phillip's most recent movie Starsky & Hutch was a disappointment at the box office. Warner executives were finally persuaded when Phillips made an offer they couldn't refuse. Phillips believed so strongly in his script and cast that he agreed to forfeit his $6.5 million director's salary in exchange for 16% of the film's gross. At this point the movie was a go, but Warner Brothers still had such low confidence that they didn't even think to lock down deals with the actors and Phillips for any potential sequels. A standard film contract has all sequel salary deals set in place in advance to minimize the actors' leverage in future negotiations.

So how did Todd Phillips' $6.5 million gamble pay off? EXTREMELY WELL. As we all know now, The Hangover went on to become a massive hit around the world. The little comedy that no one believed in earned $470 million worldwide. The Hangover eventually dethroned Beverly Hills Cop as the highest grossing R-rated comedy of all time, a title that stood for more than 25 years. When combined with DVD sales, Phillips earned $75 million off the first Hangover (before taxes and agent fees).

But wait there's more! As we mentioned previously, neither Phillips nor any of the four principal actors had deals in place for sequels. This put them in the prime position when negotiations for The Hangover 2 and 3 began. For the second Hangover, the four actors held out for $5 million base salaries plus 4% of the gross, each. Todd Phillips negotiated a $10 million salary and 10% of the gross. When the second Hangover earned $586 million, each actor's took home $28.44 million. Todd Phillips made $68 million. All five had even better deals in place for the third Hangover which went on to make $360 million worldwide. In total, Todd Phillips made at least $150 million from The Hangover franchise. Not a bade trade for $6.5 million in salary!

So what's the lesson here? If you believe in something enough, don't hesitate to put it all on the line. You might make a fortune!