Just about 15 years ago, William "Trip" Hawkins, founder of video game publisher Electronic Arts, was living high on the hog. The good life was his for the taking–he had a private jet, two multi-million dollar houses, four cars, sent his kids to private schools, his own household staff, and he had San Francisco Giants season tickets. For all intents and purposes, Hawkins seemed flush with cash. His net worth peaked at around $100 million from the success of his company, which publishes best-sellers like the Madden NFL franchise. To keep himself flush, he cashed out company stock, repeatedly. In 1996, he sold $24.4 million of EA stock. In 1997, he sold $3.7 million more. In 1998, he sold another $38.76 million.

While he was doing all of this, Hawkins wasn't bothering to pay all of the taxes owed from the proceeds of his stock sales. Instead, he was part of an elaborate tax sheltering group set up to produce monetary losses on paper that would offset the gains. It wasn't a fly by night operation that was behind this scheme. It was the venerable accounting firm KPMG. KPMG used intricate Swiss and Cayman Islands deals that eventually caught the attention of the auditors at the IRS.

As you can imagine, the IRS, and the California Franchise Tax Board, were none too happy about this situation. In 2002, the IRS notified Hawkins' attorneys that the tax shelters, which shielded $60 million in supposed losses, were going to be disallowed for the tax years 1997 to 2000. That put Hawkins on the hook for all the millions he should have paid from the EA stock profits.

Curiously unperturbed by this, Hawkins continued to live the life of a jet setter until 2006, when he filed for bankruptcy protection. His lavish lifestyle continued unabated, even with taxes on $60 million hanging over his head. For example, his private jet cost $11.8 million in 2000 and carried an operating cost of $1 million annually (hangar fees were $100,000 per month). 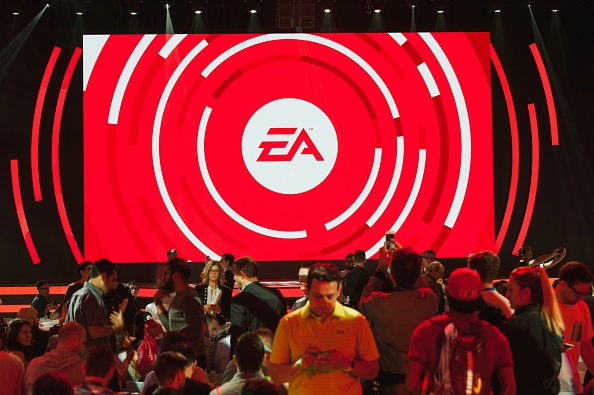 Additionally, Hawkins bought a $2.6 million vacation house in the tony San Diego neighborhood of La Jolla, and continued to purchase Giants season tickets for nearly $7,500 per year plus $1,416 for the parking pass.

Hawkins has denied that he spent is money so lavishly in the years leading up to his bankruptcy. In fact, he claims that the only truth to the reports of his spending was the private jet.

"I bought a private jet because I thought it would make me more efficient in my work. That was really stupid."

Hawkins went on to say that the only thing he was guilty of was trusting his accountants who told him they were setting up legitimate tax shelters.

The IRS and Franchise Tax Board determined that Hawkins owed $36 million in taxes and penalties. He did eventually pay a bit more than $10 million towards this debt, but $26 million still remained.  Amazingly, Hawkins continued to spend lavishly, which resulted in a federal bankruptcy court refusing to give him the usual bankruptcy benefit of wiping his tax burden clean.

Hawkins appealed this ruling, and for the time being, doesn't have to pay the back taxes. In fact, a recent decision the 9th US Circuit Court of Appeals in San Francisco sided 2-1 with Hawkins despite a dissenting judge who said Hawkins didn't deserve a break because he was clearly engaged in "profligate spending." The other two judges, however, felt that Hawkins, despite his insane spending habits, wasn't willfully scheming to evade his tax burden.

This tax ruling is just the latest chapter in the long story of Hawkins. His story gives us a glance into the world of tax shelters, bankruptcy law, and the lavish spending of the tech industry's elite. And this story just happens to be about the man who started one of the most popular video game companies in the world. How did Hawkins end up in this position (other than all that spending)?

Trip Hawkins is a graduate of Harvard and Stanford, so by all accounts a pretty smart guy. In fact he designed his own major at Harvard in Strategy and Applied Game Theory. He was one of the first employees at Apple. He left his job as Apple's marketing director in 1982 to found Electronic Arts. In addition to the wildly popular Madden franchise, EA has also produced NCAA Football, the NHL, NBA Live, The Sims, FIFA, Medal of Honor, and a ton of other video games.

Hawkins' tax problems began when accountants at KPMG advised him to shelter is proceeds from the sales of his EA stock in something called a Foreign Leveraged Investment Portfolio (FLIP) and an Offshore Portfolio Investment Strategy (OPIS). The government said Hawkins' reported investment failures "were not real economic losses" and the appeals court described Hawkins' tax shelters as a convoluted web "designed to generate large paper losses."

In order to execute the FLIP transaction, Hawkins bought shares of the Union Bank of Switzerland (UBS) for $1.5 million as well as an option to acquire shares of Harbourtowne, Inc., a Cayman Island corporation. Harbourtowne then entered into a contract with UBS to buy shares of UBS for $30 million. UBS received an option to repurchase those shares before the sale closed.  UBS then exercised that option, so the UBS shares were never transferred to Harbourtowne.

KPMG then sent Hawkins a letter informing him that he could add to the tax basis of his UBS shares the $30 million that Harbourtowne had contracted to pay for its UBS shares. The letter states that the repurchase of the shares by UBS would be a nontaxable distribution to Harbourtowne based on its status as a foreign corporation.

The OPIS deal worked similarly. Hawkins bought $1.99 million worth of shares of UBS as well as an  option to acquire an interest in Hogue, Investors LP, a Cayman Islands limited partnership. Hogue then entered into a contract to buy UBS treasury stock. UBS had a call option to repurchase the shares before transfer, which they exercised.

KPMG then sent Hawkins a letter telling him he could add the Hogue shares to his basis in the UBS stock.

Hawkins wasn't the only wealthy person taking advantage of KPMG's complicated tax sheltering plan. In fact, in 2005, the IRS hit KPMG with a $456 million fine in what is called the largest criminal tax case ever filed. This was  for the "multi-billion dollar criminal tax fraud conspiracy" through the sale of "fraudulent tax shelters." KPMG generated $11 billion in phony tax losses through FLIP, OPIS, and other plans the accounting firm devised. This cost the US Treasury $2.5 billion.

KPMG was never prosecuted. Instead it ended up benefitting from what is known as "deferred prosecution," meaning the firm could be charged if it didn't cease these operations and reverse course immediately. Two KPMG accountants were later successfully prosecuted and a partner was acquitted in 2008. So, were Hawkins and other taxpayers who took advise from KPMG and took advantage of these tax shelters off the hook? After all, they had letters from KPMG stating that the shelters were legit.

Simply showing that spending in excess of income is not enough evidence to show the intent to evade tax. The government must show that the tax payer took action to willfully evade taxes. Without this caveat, very few personal bankruptcies would see tax burdens vacated.

Though the Hawkins family lived well beyond their means for a long time, within months of filing Chapter 11 bankruptcy in 2006, Hawkins sold his house in upscale Atherton, California as well as his La Jolla beachfront condo. The proceeds were used to lower his tax bill, which doesn't look like he was willfully trying to evade his tax burden.

Hawkins feels he's a victim in all this—not a tax dodger.

"Tax code seems to me to be about as complicated as brain surgery and I don't pretend to tell either tax experts or surgeons how to do their thing and I would bet you would feel the same. You ask them to do all the forms and you trust what they do. If they say they know a way to legally save money on a good investment or deduction you do what they say. We all make mistakes trusting people, it is just that the higher you are the further you are going to fall," Hawkins commented on a recent Forbes piece on his tax situation.

"Yes, before I clearly understood and accepted that I had tax problems and obligations, I did spend too much money because I presumed, like most people, that my money was my money and that I was an American living in the USA," he added. "

As for Hawkins' case, the appellate court has booted it back to the federal bankruptcy court so that the tax liabilities can be re-examined under new, more articulated standards for defining the intent to evade tax.  There is a possibility Hawkins' case could go all the way to the Supreme Court.