How Rihanna Became The $550 Million Woman (Hint: It Isn't From Her Music)

By Amy Lamare on October 21, 2020 in Articles › Entertainment

Rihanna has been steaming up the music charts since 2005. Robyn Rihanna Fenty, 32, is one of the most successful musicians in recent years. She's also a beauty and fashion mogul and it is that – her Fenty Beauty and Savage X Fenty brands – that have contributed the most to her stunning $550 million net worth. She launched Fenty Beauty in the fall of 2017 in collaboration with French luxury brand LVMH. Fenty Beauty is sold at Sephora as well as on its own website and each release sells out pretty quickly. Similarly, the lingerie in her Savage X Fenty collection cannot restock quickly enough. Recently, Rihanna garnered some positive press for using chubby men in her Savage X Fenty ad campaign for her new men's line of underwear. Basically, everything Rihanna touches turns to cold hard cash.

Rihanna's partnership with LVMH for Fenty Beauty was worth $10 million initially. What she does differently from other makeup lines is the range of skin tones available. Fenty sells 40 different shades of foundation, where other brands offer only a handful. The line also sells highlighters, bronzers, blush, and lip glosses. The brand did $100 million in revenue in its first two months. In 2018 the line generated $570 million. She owns 15% of the partnership. In July 2020, she announced that Fenty Beauty would be releasing a skincare line called Fenty Skin. 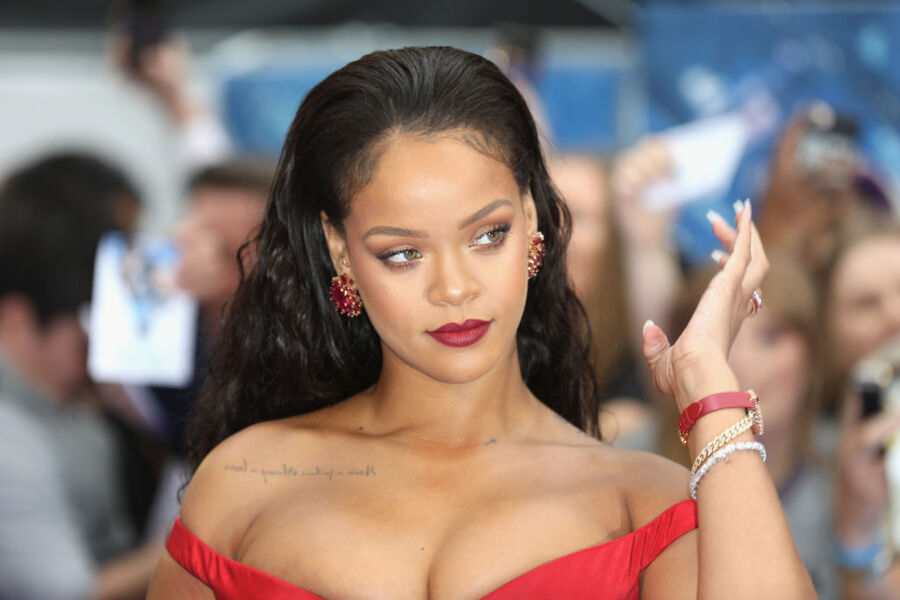 In 2018, Rihanna branched out further and launched a lingerie brand called Savage X Fenty. She wanted the line to be inclusive so, like her makeup, her lingerie comes in a variety of colors to match all skin tones. It also comes in a range of sizes that goes beyond the standard size 2 to 12. She's used plus-sized and transgendered models in her runway shows and ad campaigns, which her fans absolutely love. She co-owns Savage X Fenty with the TechStyle Fashion Group, a Los Angeles-based online fashion company.

In May 2019, Rihanna announced another partnership with LVMH, Fenty, a fashion line. Fenty launched as a pop-up store in Paris on May 22, 2019, and then worldwide on May 29, 2019, online. Fenty sells high-end clothing, footwear, jewelry, and accessories. She is the first woman and the first of color to launch a new brand with the luxury fashion group. Fenty is also the first fashion brand that LVMH has launched since 1987.