How Rich Was Jim Henson At The Time Of His Death 30 Years Ago And Who Inherited His Muppet Empire?

By Amy Lamare on December 14, 2020 in Articles › Entertainment

Is there a person alive who doesn't love the Muppets? From Oscar the Grouch, to Kermit, to Miss Piggy, to Fozzie Bear, to Big Bird, to Snuffleupagus, to The Count, to Waldorf and Statler – there's a Muppet for every mood and personality. The Muppets are the brainchild of the legendary Jim Henson. He began creating puppets while in high school. He attended the University of Maryland, where he took classes in puppet making and launched a short comedy show with puppets called Sam and Friends. He co-founded Muppets in 1958 when he was 22 years old. Shockingly, he passed away suddenly in May 1990 at the age of 53. Let's take a look at his life and who inherited Kermit and his friends when Jim Henson died.

Henson was born on September 24, 1935. He grew up in University Park, Maryland with his parents and older brother Paul. He grew up being inspired by Edgar Bergan and his ventriloquist show on the radio. His family got their first television in the late 1940s, an event that Henson called the biggest event of his adolescence. He was a fan of the television puppet show "Kukla, Fran, and Ollie." During high school, he created puppets for WTOP-TV's Saturday morning children's show "The Junior Morning Show." When he enrolled at the University of Maryland, he was a studio arts major and planned on becoming a commercial artist. However, the university offered a puppetry class, and he signed up for it. In that class, Henson's direction in life changed. He created the five-minute puppet show "Sam and Friends" during his freshman year for WRC-TV. The show was a forerunner of the Muppets and included a very early version of Kermit the Frog. He graduated in 1960 with a bachelor's degree in home economics. 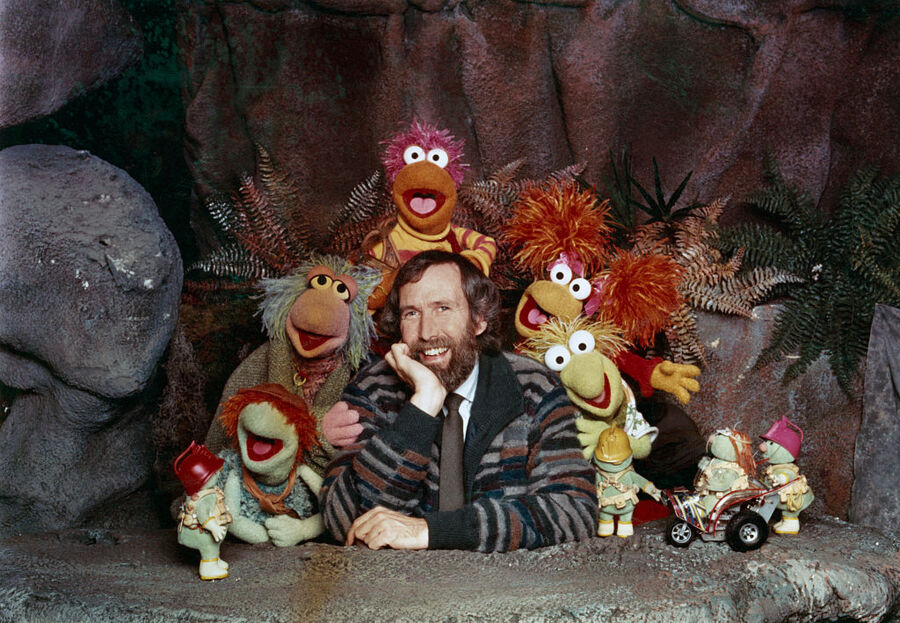 Henson continued to work for WRC-TV from 1954 to 1961. During this time, he experimented with new ways to shoot the puppets for television – most notably coming up with a way for the puppet's performer to work from off-camera so the puppets had their own life and personality. He also started making puppets from flexible foam rubber that he covered with fabric. Back then, most puppets were made out of wood. The foam rubber puppets Henson created could express more emotions. Instead of strings to move their limbs like marionettes used, Henson used rods to move the Muppets' arms. He also created precise mouth movements that made the Muppet look like it was actually speaking the words. Henson was assisted by a fellow student at the University of Maryland named Jane Nebel. "Sam and Friends" was a financial success, but Henson had doubts about making a career out of performing with puppets. After graduation, he headed to Europe for a few months where he was inspired by the puppet performers there who unlike their American counterparts, considered puppetry an art form. Oh, and he and Jane started dating when he returned to the U.S. They married in 1959 and had five kids.

For most of the next 20 years, Henson worked in commercials, children's projects, and talk shows before hitting upon the idea to make the Muppets entertainment for all ages. Thanks to the popularity of "Sam and Friends" Henson made the rounds of talk shows and that increased his and the Muppets' exposure throughout the 1960s.

In 1969, Henson was approached by a producer from the Children's Television Workshop and asked to work full time on "Sesame Street." The show premiered on November 10, 1969, featuring a cast of colorful, funny, fully-realized personalities that just happened to be puppets. Grover, Bert and Ernie, Cookie Monster, Oscar the Grouch, Big Bird, The Count, Snuffleupagus, and more populated the fictional street. It was a huge hit and continues to air new episodes to this day.

A few years later, Henson had the idea to create a show featuring his Muppets for the whole family. The American networks passed on the idea. Then in 1976, a British producer agreed to finance the show. "The Muppet Show" was shot in the UK and syndicated worldwide. The show featured Kermit as the host and introduced Miss Piggy, Fozzie Bear, Gonzo the Great, Animal, and a whole host of other Muppets. Henson went on to create three wildly popular feature films about the Muppets: 1979's "The Muppet Movie," 1981's "The Great Muppet Caper," and 1984's "The Muppets Take Manhattan."

Henson was also involved in a number of other projects like the creation of Yoda for "The Empire Strikes Back,"  the movie "Labyrinth," and "Fraggle Rock," among others.

In 1989, Henson began to look at selling his production studio and assets to Disney for $150 million. This deal would have come with a 15-year contract for Henson's creative services. That's equal to about $300 million today. The deal would not have included the rights to the characters on "Sesame Street." Henson owned those personally.

Henson and Kermit appeared on "The Arsenio Hall Show" on May 4, 1990. He had a sore throat at the time and was tired but he didn't think it was anything serious. On May 14, 1990, he canceled a Muppet recording session because he didn't feel well. At about 2:00 am on May 15, he started coughing up blood. He went to the emergency room and shortly thereafter stopped breathing. He died on May 16, 1990, at the age of 53 from an untreated bacterial infection of the lungs. He had a net worth of $100 million at the time of his death.

After his death, his five children inherited equal parts of The Jim Henson Company. The Disney negotiations fell apart in December 1990 when Henson's family and Disney could not agree on the exact terms.

Posthumously, Henson won the Disney Legends Award. Kermit and Rowlf performed "The Rainbow Connection" in his honor. He is also honored both as himself and Kermit on the Hollywood Walk of Fame.

Henson often called Kermit his alter ego, although he always thought Kermit was bolder than he was and once said that Kermit "…can say things I hold back."