By Amy Lamare on August 19, 2020 in Articles › Entertainment

Lucille Ball was a national treasure. Beloved by millions of fans over the decades of her career, she was known for her bright red hair (even when televisions were black and white), her comic delivery, and the seemingly endless ways she could change the expression on her face to make audiences laugh. She was also a savvy businesswoman who knew her worth and wasn't afraid to ask for it even decades before the #MeToo movement. Lucy and her husband Desi Arnaz were a popular vaudeville act. That's when they created their company Desilu – you – may remember seeing the icon for it before or after old reruns of "I Love Lucy."

Basically, in 1948, Lucy was playing Liz Cooper on a radio comedy for CBS called "My Favorite Husband." CBS wanted her to turn it into a television show. Lucy wanted that show to star her real-life husband, Desi Arnaz. The studio was reluctant – they weren't sure American audiences were ready to see an American-Cuban couple on television. Lucy and Desi decided instead to take their act on the road as a vaudeville show. The vaudeville show was successful and CBS came calling again. While Lucy and Desi were a vaudeville act, they created the production company, Desilu, in 1950. 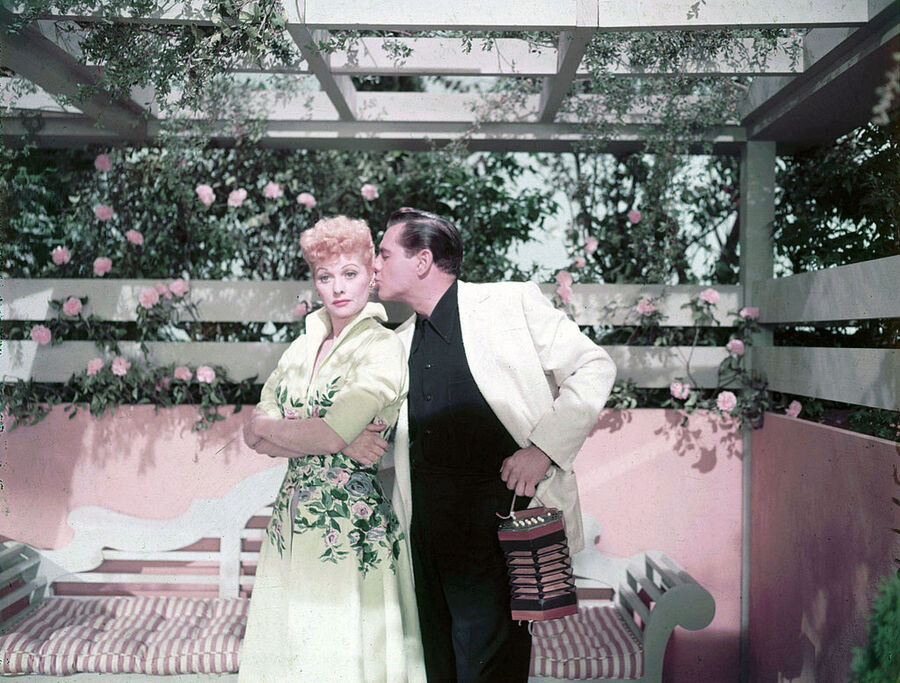 "I Love Lucy" was an immediate hit. It made Lucille Ball and Desi Arnaz superstars. Desilu produced the show. Back then, television shows were taped on film in L.A. and then broadcast from the east coast studios via a method called kinescope – which was a lower-quality video. Lucille and Desi demanded that they and their show stay in Los Angeles and broadcast nationwide on film. It was critical to her that the quality be absolutely perfect from coast to coast and everywhere in-between. This had never been done before. Lucy and Desi took a pay cut to convince CBS and they also paid their own production costs. In return, they retained the syndication rights to the show. This made them a fortune when "I Love Lucy" went on to become the most popular syndicated show in the history of television. Even today, in 2020, this is considered to be one of the shrewdest business deals in television.

Desilu also pioneered many of the methods still used in TV production today, such as filming before a live studio audience.

In 1957, CBS bought back the syndication rights to "I Love Lucy's" 180 episodes for $4.5 million. That's equal to $40 million today. That same year, Lucy and Desi paid $6 million to acquire RKO Studios and its movie lot. Lucy was the first female head of a major film studio. Desilu went on to produce a number of hit shows as well as rent production space to other memorable shows, including  "The Dick Van Dyke Show," "The Andy Griffith Show," "My Three Sons" and more.

Lucy and Desi took Desilu public in 1958. They divorced two years later. In 1962, Lucy bought out Desi's shares of Desilu for $2.5 million – that's equal to about $20 million today.

Lucy really got into the creative and production side of the business. She was the one who green-lit "Star Trek" for Gene Roddenberry. She gave him the money and resources to film the pilot. NBC rejected it. However, at Lucy's behest, the network allowed Roddenberry to film another pilot. This time he cast William Shatner in it. Oh, and Lucy also green-lit "Mission Impossible."

What happened to Desilu? It was renamed…today the company once known as Desilu is…Paramount Pictures.