How Much Was Jimi Hendrix Worth When He Died?

By Amy Lamare on September 14, 2019 in Articles › Entertainment

Jimi Hendrix is one of the many musicians who died way too young. He was just 27 years old when he asphyxiated on his own vomit in September, 1970. He didn't have a will when he died, he owed back taxes and other debt, and he had just $20,000 in the bank. In many respects, he was just getting his career started when he died. For the record, $20,000 in 1970 is $150,000 today. Of all of the rock bands to emerge from the 1960s scene, Hendrix's recording career was the shortest. He only recorded four albums and one of them was a live record. For comparison, when John Bonham died, Led Zeppelin had produced more than double that amount of albums. The same goes for The Doors, when Jim Morrison died.

Hendrix's three albums with the Experience were all hits. Over the years, the band's debut album, 1967's Are You Experienced? has turned out to be the best seller. That album contained the now classic songs "Foxy Lady," "Purple Haze," "Fire," and "Hey Joe." It is largely considered to be the quintessential Hendrix album. Since it debuted in 1967 it has sold more than five million copies and spent more than two years on the Billboard charts, peaking at number five. Other albums did better on the charts, but didn't match the debut album in terms of sales. Hendrix's four albums overall have sold more than 30 million copies. 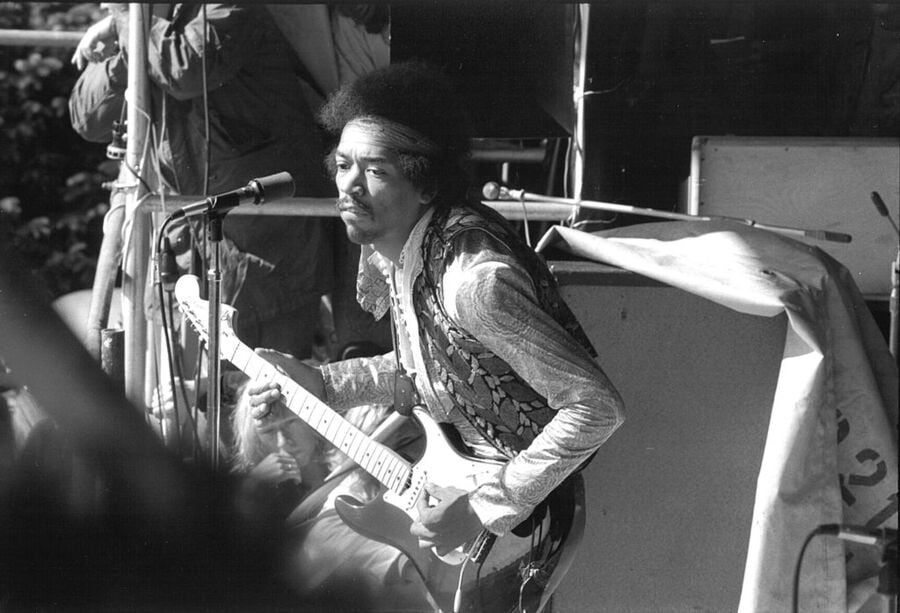 Record sales and concerts were strong revenue streams for Hendrix, but his songwriting credits also contributed to his wealth. In 1970, his fortune above and beyond the $20,000 in the bank, was worth more than $800,000 in 1970 dollars – or $5 million in today's dollars. His family has been involved in a number of lengthy court battles over control of Hendrix's estate and wealth. The fact is, no matter who's managing it, Jimi's wealth just keeps on growing.

Sales of Hendrix's albums have never stopped just because he's dead. In 1994, his estate was worth $80 million. New recordings released over the past decade have just kept his fortune growing. Today, Jimi Hendrix's estate has a net worth of $175 million, which is pretty damn impressive considering he only recorded four albums and died 49 years ago.