How Much Money Will Tom Brady Make At Tampa Bay?

I am sure I'm not the only person that was somewhat shocked that Tom Brady left the New England Patriots. Maybe it's not even so much shock that he left New England. At 42, he's on the upper end of the age range for a quarterback. He spent 20 seasons at New England, played in nine Super Bowls, and won six of them – the most of any player in NFL history. He's won a record four Super Bowl MVP awards and three NFL MVP awards. For all this and many other reasons, Brady is considered to be the greatest quarterback of all time. His fans sure believe this. On top of that, he's married to a supermodel and he's not bad to look at himself. He lives an enviable life and you wouldn't be alone if you thought he'd retire a Patriot. But nope, Tom had other plans when he decided to walk away from New England.

When the free agency period opened up, reports surfaced that Brady was looking for a new deal. And who could blame him? For years, Brady has been basically underpaid. Last season he made a relatively paltry $15 million. Tom Brady certainly has, for many many years now, had bargaining power to negotiate a better deal. But he wasn't interested in doing that. Until now, apparently. Then, rumors started to circulate that Brady was talking to teams other than the Patriots. Then the official announcement came out that Tom Brady was going to be playing for the Tampa Bay Buccaneers next season. How much money will Tom Brady make in Tampa and is that why he left New England 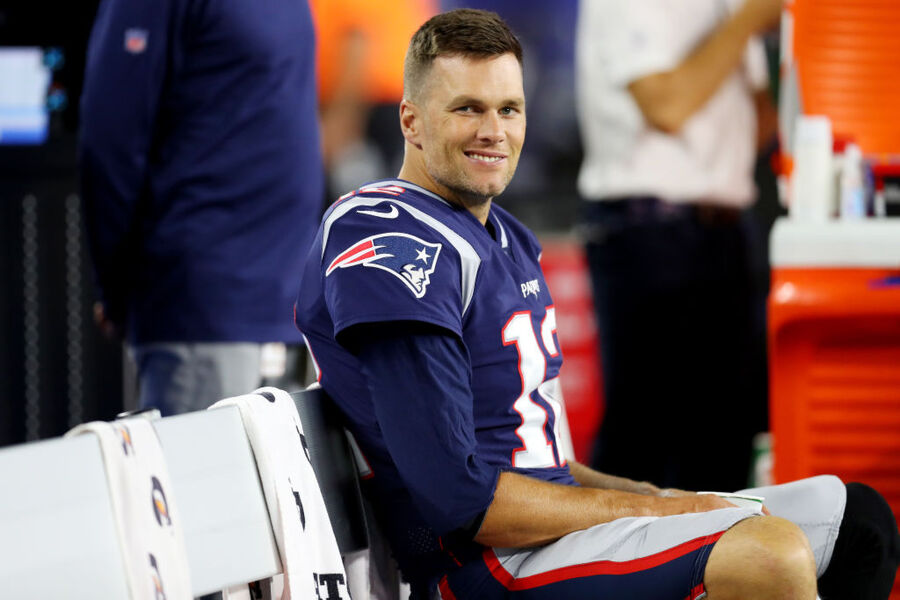 According to reports, Brady signed a two-year deal with Tampa worth a guaranteed $50 million. Brady could also earn an additional $9 million in incentives if certain marks are met. So for two years, he could bring home $59 million in salary from the NFL. Additionally, as part of his deal, the Bucs have agreed not to use the franchise tag on him or trade him when the deal expires. Interestingly, when Brady renegotiated his contract with the Patriots last year, he had similar language put into it.

Now what's fascinating is reports have surfaced that New England would have given Brady the exact same contract had Brady expressed interest in returning to the Pats. He did not, in fact, likely due in part to a souring relationship with Bill Belichick. On the first day that he could contractually announce that his services were available to another team, Brady announced that he was leaving the Patriots. Also, the Bucs and the Los Angeles Chargers (who recently lost longtime quarterback Phillip Rivers) were the only teams that presented offers to Brady in free agency and Brady chose Tampa, likely because of its proximity to New York City, where his son with ex-girlfriend Bridget Moynahan lives.

Interestingly, the $50 million guaranteed that Tampa is paying Brady is less than New England offered him last year in his contract renegotiations. Why two years though? Well, there's obviously his age, but also giving Tom Brady, the GOAT, a one-year contract to prove his worth to a team that hasn't won as many playoff games in its entire franchise history as Brady has with the Pats would be disgraceful.

The Bucs cannot trade Brady, so he's got all the bargaining power over where, if anywhere, he goes for the 2022 season and beyond. Now, we all just have to get used to Brady wearing the red and black jersey of the Tampa Bay Buccaneers.