How Much Money did Warren Buffett Make in 2010?

By Brian Warner on October 15, 2011 in Articles › Entertainment

Have you ever wondered how much money billionaire investor Warren Buffett makes in a year? And on top of that, have you ever wanted to know what Warren Buffett reports to the IRS? Well you're in luck because in an unusual move intended to encourage Congress to raise taxes on the mega-wealthy, Buffett released the exact amounts of adjusted gross income and his total tax bill for the calendar year 2010. 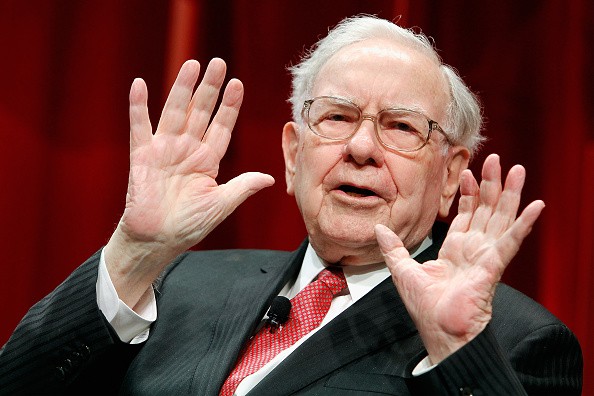 Wait a minute… Warren Buffett wants Congress to INCREASE taxes on the mega wealthy? Isn't Buffett one of the richest people in the world with a net worth of $39 billion? Why would he want to increase taxes on the rich??? Turns out Buffett is leading a campaign to educate Congress and the American citizens about how our current tax system allows billionaires and millionaires to pay much lower rates than average working people. Buffett, like most rich people, uses loopholes to lower his taxable income as much as possible therefore making the check he has to write every April comparatively lower than his own housekeeper. Warren wants to create a rule which would force people making more than $1 million a year to pay a higher tax percentage.

So how much would you guess a billionaire actually brings home in a year? In 2010 Warren Buffett's adjusted gross income was exactly $62,855,038. His taxable income, the income after all his deductions and loopholes, was $40 million. On April 15th Buffett wrote a check to the IRS in the amount of $7 million. When you do the math, that means Buffett paid a 17% federal tax rate on his taxable income. In comparison the average American in 2010 paid a 16% tax rate in 2010. Not such a huge difference right? Keep in mind Warren's total income was $63 million so technically he only paid a tax rate of around 11% which is significantly lower than an average working Joe/Jane could have ever pulled off.

Buffett challenging other millionaires and billionaires to release their tax returns to shed light on this inequality. He hopes the dialogue will encourage Congress to create a more fair system which will allow the US government to raise the money it needs to service our $15 trillion national debt.

What do you think of Warren Buffett's challenge to other rich people and congress? Are you for or against raising taxes on the wealthy?