How Much Money Has Pat Riley Made Off His "Three-peat" Trademark?

By Brian Warner on June 23, 2013 in Articles › Entertainment

Last Thursday The Miami Heat came back from the brink to beat The San Antonio Spurs in an exciting NBA finals championship game seven. The win is their second consecutive NBA title and sets The Heat up to go after the ever-elusive "three-peat". Obviously a third win in a row would be a huge accomplishment for LeBron James, Dwyane Wade, Chris Bosh and the entire Miami Heat organization, but there's one person in Miami who will be rooting extra hard for a three-peat: Team President Pat Riley. Why is that? Not only would it be a huge validation of his talents as Team President, but Pat Riley also happens to own the trademark for the term "three-peat". That means any time someone uses "three-peat" commercially, for example on a t-shirt or a hat, they have to pay Pat a licensing fee. Therefore, if The Heat win again next year, Pat Riley will be a very happy man. 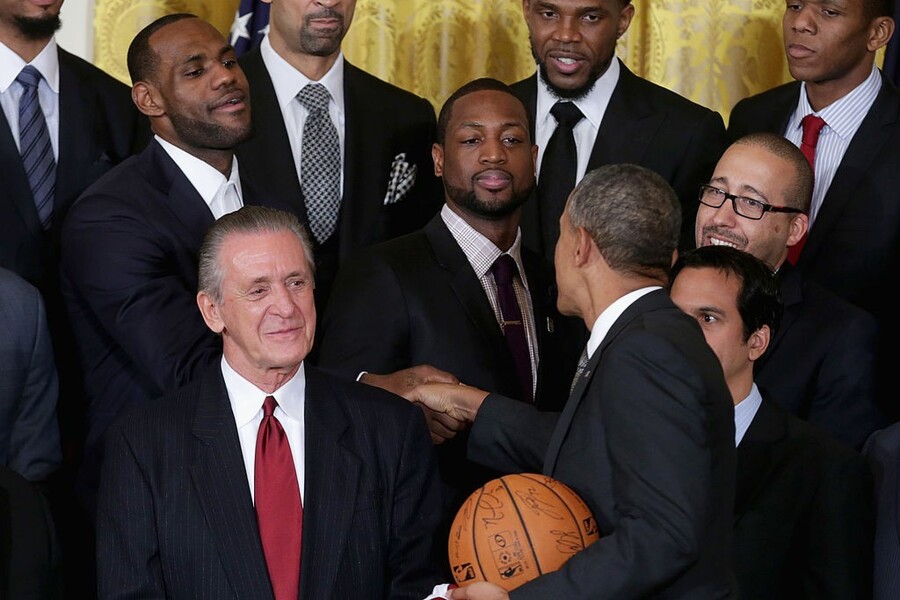 Pat Riley has an impressive resume. He won his first NBA Championship as a player on the 1972 Lakers then went on to win five more rings as a head coach. Two of his rings came consecutively in 1987 and 1988 while he was coach of The Lakers. Heading into the 1989 season, Lakers guard Byron Scott was the first person to use the term "three-peat" as a way to motivate his teammates. Pretty soon "three-peat" became the rallying cry for all Lakers fans throughout Los Angeles. The three-peat looked like a done deal after The Lakers, led by league MVP Magic Johnson, swept Portland, Seattle and Phoenix to land in the NBA finals against The Detroit Pistons. Unfortunately, The Pistons shut down all hope of a three-peat when they crushed The Lakers in a swift four game sweep. But for Pat Riley, there was a silver lining.

After hearing Byron Scott use the phrase "three-peat", Pat Riley made a shrewd business decision. In November 1988, Riley submitted an application to trademark the term "three-peat" through his corporate entity "Riles & Co.". A few months later the application was approved and trademark #1552980 was granted. This meant that anytime someone used that phrase commercially, they would have to pay Pat Riley a licensing royalty. If the Lakers had won in 1989, "three-peat" would have been plastered on thousands of t-shirts, mugs, hats, banners, stickers…etc… and Pat Riley would have cashed in.

Over the years, Riles & Co. was granted several other trademarks based on variations of the term, most notably "3 Peat". Riley also successfully defeated a group in Los Angeles that attempted to trademark the term "Three-Pete" in reference to USC football coach Pete Carroll's run at three consecutive national championships. When Riley challenged the trademark application, a patent court ruled that the spelling was not dissimilar enough and "three-Pete" was rejected.

Now you can understand why Pat Riley would be especially happy to see the Miami Heat three-peat next season. On the other hand, he better hope that the rallying cry does not become "Three-Heat" because unfortunately Riles & Co. wasn't quick enough to trademark that term. The term "Three-Heat" was trademarked by a 36 year old lawyer/actor in Los Angeles named Rohit Walia back in 2011. Rohit first thought of the phrase while watching an interview with LeBron James just weeks after he officially joined the Miami Heat from Cleveland. The trademark was granted a few months later and now Walia is sitting on a potential gold mine.

Recently, the validity of the "three-peat" trademark has faced a few legal challenges. Various groups have claimed that the term has become too generic to be commercially trademarked. However, the US Patent and Trademark Office continues to defend their decision and Pat Riley keeps cashing his royalty checks. 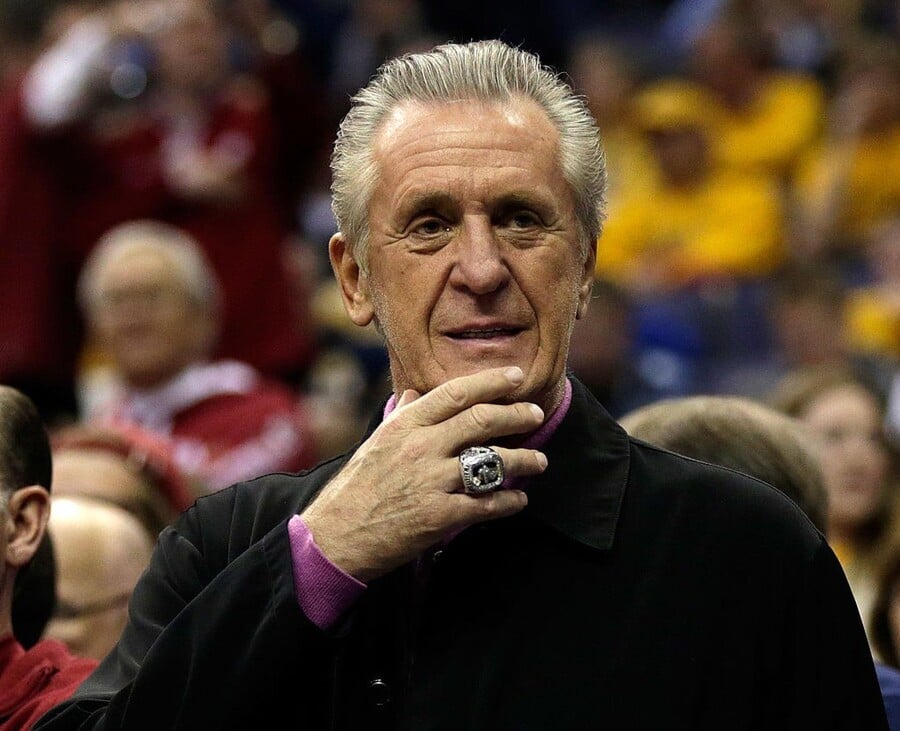 Pat Riley Rooting for The Heat /Win McNamee/Getty Images
Did we make a mistake?
Submit a correction suggestion and help us fix it!
Submit a Correction